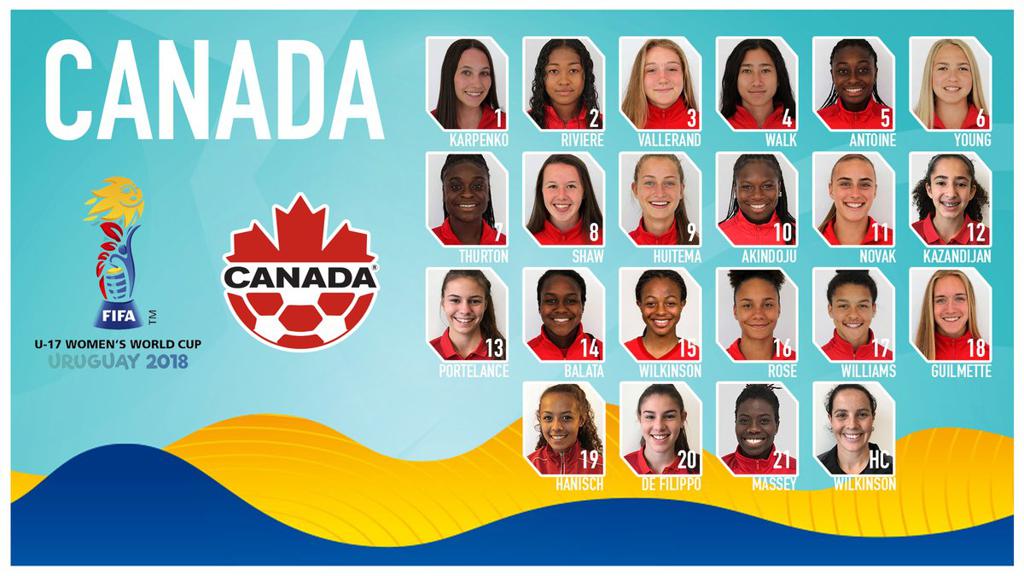 “I am really excited to have this opportunity for Canada Soccer, and I value the experience just like I did every time I pulled on that jersey with the maple leaf,” Wilkinson said ahead of traveling to Uruguay.  “I really believe in this U-17 team and I am looking forward to working with them to help them both perform on the pitch and learn from the experience to better prepare them for a career with Canada Soccer’s Women’s National Team.”

Wilkinson, who began coaching within Canada Soccer’s Women’s Program in 2014 while still an active player, retired from international action as a full back in February 2017.  In assuming coaching duties for this competition, Wilkinson is bringing to the squad a wealth of experience both on and off the pitch.

“We are excited for the team and Rhian,” said Kenneth Heiner-Moller, Canada Soccer Women’s National Team Head Coach and Women’s EXCEL Program Director.  “Canada Soccer’s focus for our young players continues to be on development through experience.  Our nationally aligned talent development system ensures a progression for players towards the Women’s National Team and the top level of women’s soccer.”

“To play Colombia, Spain, and South Korea in Uruguay will expose these players to a wide range of different styles and aspects of the game which will further aid their development.  But Canada is also planning to compete, which is which is a huge part of growing as a team and as a player. Going to a World Cup, is about performance – but performance through the way Canada plays and adapts,” said Heiner-Moller

Canada is one of only six nations to have qualified for every edition of the FIFA U-17 Women’s World Cup since it was launched in 2008, alongside Germany, Ghana, Japan, New Zealand and North Korea.

About Canada Soccer’s Women’s National EXCEL Program
Canada Soccer Women’s National EXCEL Program brings together the best with the best at the national youth level, throughout the year. Operating across the U-14 to U-20 age groups, the program is designed to deliver an aligned talent structure and system that progresses more top players to Canada’s Women’s National Team. Major competitions are viewed as staging posts to assess development and allow for the development of the Women’s EXCEL Team Playing Model and tournament processes and expertise which will ultimately prepare players to progress up the system.

Additionally, the most talented U-14 to U-18 players are offered a specialised daily training environment through the Regional EXCEL Program, which deliver Canada Soccer’s national curriculum year-round through a two-tiered talent system, with three Super Centres streamlining Canada’s National EXCEL Players into training environments in British Columbia, Ontario and Quebec from smaller provincial licenced Centres.