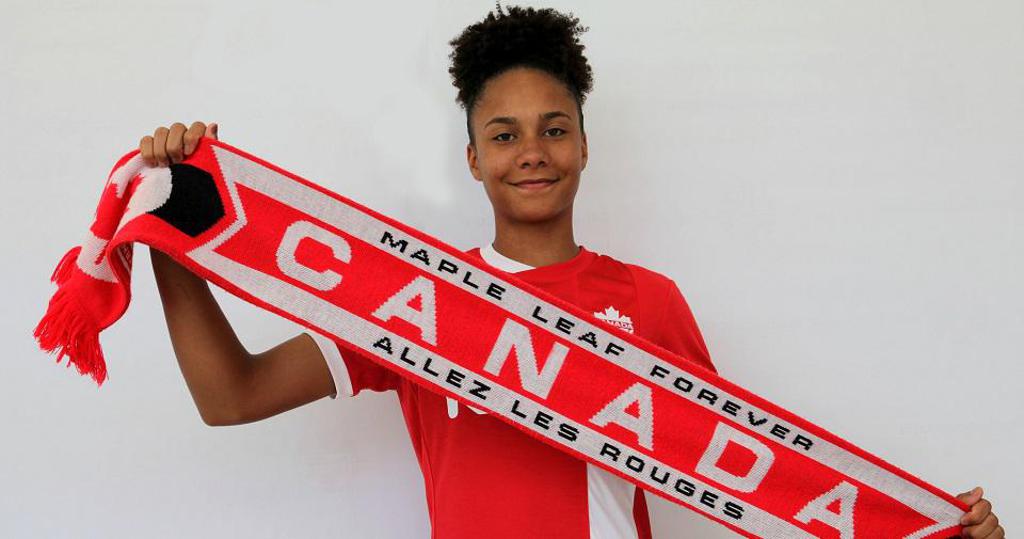 Canada Soccer will have an opportunity to develop some of their youngest players from the Women’s EXCEL Program at the 2018 Concacaf Girls’ Under-15 Championship from August 6 to 13. Canada will play at least four international matches and hopefully a fifth as they aim to reach the confederation final for the third time.

Canada won the 2014 edition and finished as runners up in 2016. This time, the competition features 12 nations in Division 1 from which three group winners and the best second-place team will advance to the semi-finals. There are 10 Concacaf nations and two guest European nations in the group phase.

The Canada squad features 18 players born 2003 or later, which also makes them eligible for the next Concacaf Women’s Under-17 Championship in 2020. This year’s Canada U-15 squad will be coached by Rhian Wilkinson, a Concacaf champion and two-time Olympic bronze medal who has been coaching in the Canadian program since 2014.

“This marks the first international test for many of our young players heading into the 2020 cycle towards the next Concacaf and FIFA U-17 tournaments,” said Bev Priestman, Canada Soccer’s Women’s National EXCEL U-15 to U-23 Director. “The Concacaf Girls’ Under-15 Championship provides a great opportunity for the players to test themselves and it will be the first time these players come together for four or five international matches.”

All 18 Canadian players are either currently part of Canada Soccer’s Regional EXCEL Program or will be as of the new season in September. They will be coached by Wilkinson along with Regional EXCEL Centre staff Natalie Lawrence (British Columbia), Cindy Tye (Nova Scotia), and Tania Singfield (Ontario). Like Wilkinson, both Tye and Singfield are former Canadian international players.

Wilkinson in particular has been part of Canada Soccer’s leadership pathway in her transition from player to coach, with a goal for Elite Players Leading Elite Players as part of the Women’s EXCEL Program. Wilkinson has already served as part of Canada’s technical staff at the FIFA U-20 Women’s World Cup Canada 2014 and both the 2018 Concacaf Women’s Under-20 Championship and 2018 Concacaf Women’s Under-17 Championship.

“When we decided to host the FIFA Women’s World Cup Canada 2015™, we committed to a greater goal by focusing on legacies from the tournament that included putting women in leadership positions,” said Peter Montopoli, Canada Soccer General Secretary.  “The world has come a long way in terms of opportunities for women in sport, but as leaders in this area we are in a position to ensure steps are taken to not only create opportunities in leadership for women, but to support them with training and development experience.”

Canada is in Division 1, Group B alongside Costa Rica (7 August), Dominican Republic (8 August), and Panama (11 August). Group A features USA, Jamaica, El Salvador and Portugal while Group C features Mexico, Haiti, Puerto Rico, and Northern Ireland. The knock-out and classification matches are 11 August. All the matches will be played at the IMG Center in Bradenton, FL, USA.

Canada Soccer’s Women’s EXCEL Program brings together the best with the best at the national youth level from the U-14 to U-20 age groups. The program delivers an aligned talent structure that progresses players from the youth levels to the Women’s National Team. Across Concacaf, FIFA, and other youth competitions, players develop the Women’s EXCEL Program Playing Model and benefit from invaluable tournament expertise.