Congratulations to our Premier Partners 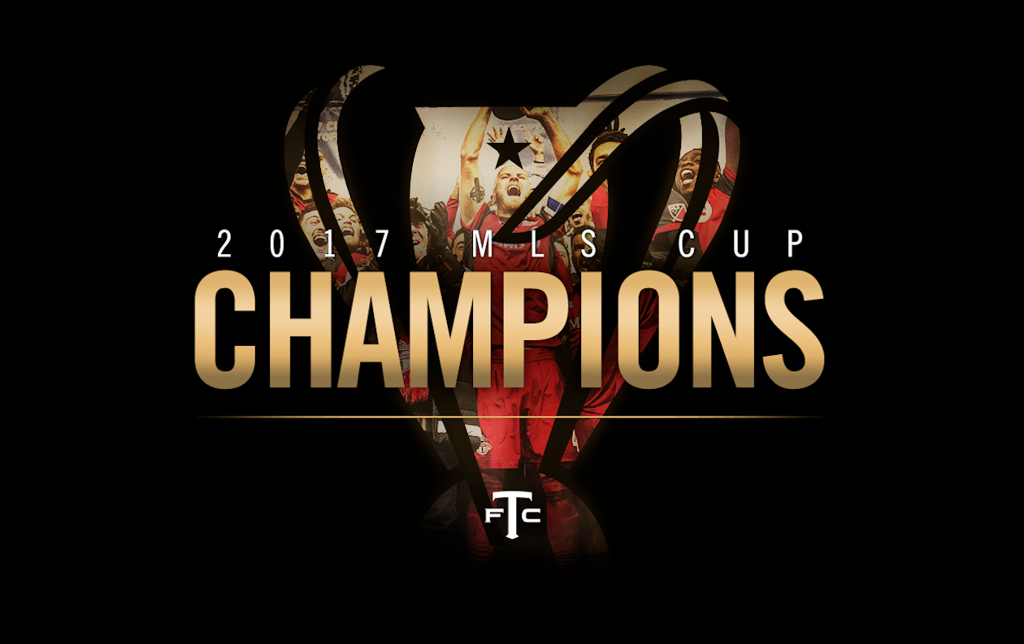 The final step in the road to the treble was a close-run thing.

For 66 tense, taut minutes, Toronto FC dominated the Seattle Sounders in their MLS Cup rematch, winning the possession battle, pulling the Rave Green ranks apart and carving out a range of scoring chances.

And for 66 minutes Stefan Frei stymied them, standing tall in Seattle’s goal with nine saves over the game’s first hour to keep the game scoreless.

But just as the home faithful’s nerves began to fray at a jam-packed, expectant BMO Field with the second half ticking away, Jozy Altidore and Sebastian Giovinco donned their hero’s capes right when they were needed most, securing the Reds' third major trophy of a peerless 2017 campaign.

Giovinco played Altidore through a gaping hole in the Sounders defense after a quick TFC transition up the middle of the park caught the visitors out in the 67th minute, and the US international beat Frei with a left-footed finish to win his and his team’s first-ever league title, sparking delirium among the Reds and their fans and securing hard-fought revenge for last year’s Cup heartbreak.

On a cold but clear night on the shores of Lake Ontario, Toronto’s control of the match was fueled by coach Greg Vanney’s bold gambit to return to the 4-4-2 diamond formation his team had used before last year’s switch to a 3-5-2.

Michael Bradley and Victor Vazquez were the protagonists as Seattle chased shadows for long stretches. But the jitters remained as opportunity after opportunity went begging, Giovinco in particular looking tight under the spotlight.

But then that moment of directness and precision undid the Sounders’ rugged resistance, and when Vazquez bundled home an injury-time clincher, a decade’s worth of ghosts and sorrow were washed away for TFC and their supporters, who started a party sure to run long into the night.