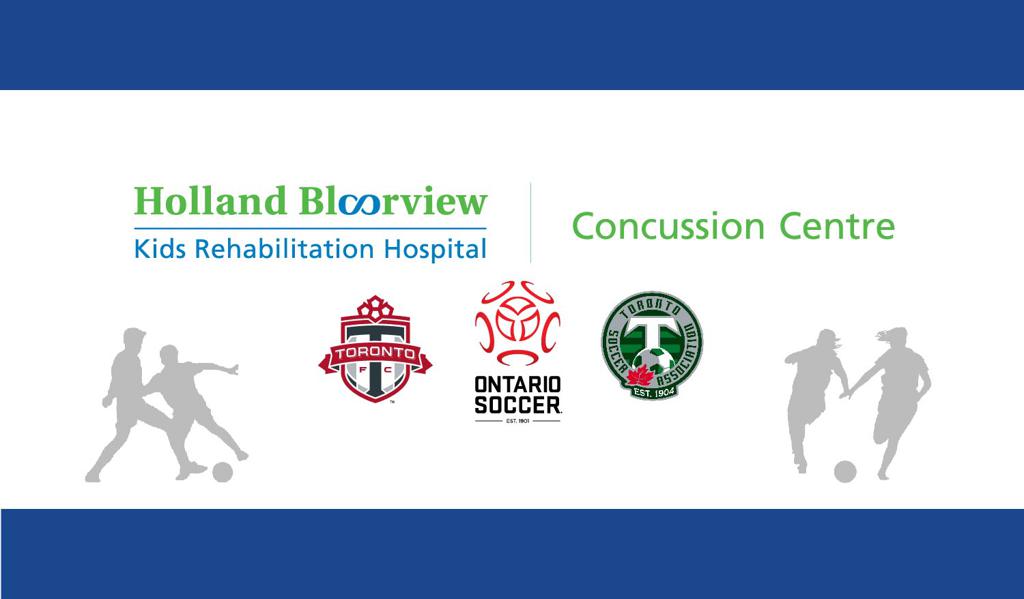 It is estimated that one in five sport-related injuries are concussions. About 200,000 concussions are reported each year in Canada but the true number is likely much higher, as concussions are largely underreported.

The three-year collaborations with Ontario Soccer and Toronto Soccer Associations (TSA) are underway, focusing on concussion education, strategies, and awareness campaigns to align players, parents, coaches and trainers on the most up-to-date evidence and resources for concussion prevention, identification and management.

The good work that the Toronto Soccer Association has been doing with Holland Bloorview captured the attention of the national media this week when the Toronto Star and CBC's Metro Morning did features spotlighting their educational efforts.