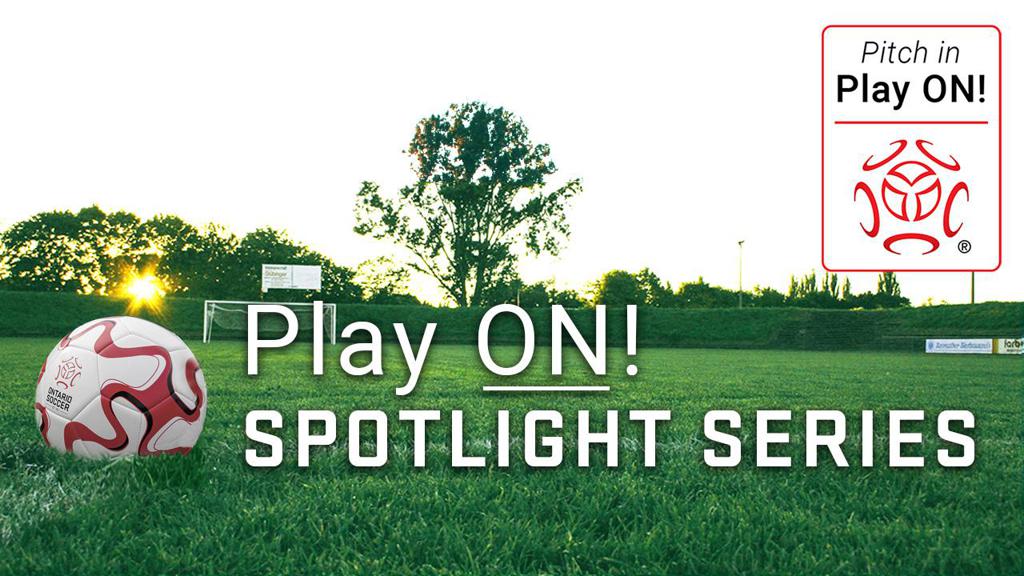 Following an unprecedented shutdown of sport worldwide, Ontario Soccer is continuing to return to the pitch.

The Play ON! Spotlight Series is a Return to Play campaign designed for the membership to help drive awareness and registration as Clubs, Academies, Districts Associations and Leagues Return to Play this summer and fall.

This campaign will help build communities, increase health and wellness, excite our members, and reinvigorate participation.

We are calling upon the Ontario Soccer membership to inspire and unite the soccer community as Ontario Returns to Play.

There will be challenges and it may be different than we remember, but the most important thing is that we move the game forward together. Unified in our return, we will all Pitch in, Play ON! with the game we love.

This week Sara Orrell, General Manager of Guelph Soccer Club, shares how her organization has managed through COVID-19.

Can you give a high level outline of your process to get back to play?

Guelph Soccer was actively communicating with our membership throughout the shut-down and then through virtual programming. We had always indicated to our stakeholders that when we could get back on the field, we were planning for a sudden commencement.

We wanted to be prepared to do it quickly.  Guelph Soccer kept careful watch as other Provinces began their Return to Play process. We connected with a Club in NB early on to better understand how the process was working there. This gave us good insight on what to prepare for so nothing that came from Ontario Soccer felt like a shock - feeling even just a little bit prepared in this unpredictable environment was very helpful. Additionally, we have connected virtually with many other soccer clubs across the province. We truly have been "in it together" as we navigated the realities of getting players back on the field.

There was a lot of fear that surrounded Return to Play from our staff, coaches, players, and parents. We had to prepare a plan that did whatever possible to reduce the fear. We prepared a Return to Play document and launched Phase 1 of programming for our Competitive program on July 6th, after a lot of coach and parent education.

On July 27, we had most of our teams enter Phase 2. We communicated lots and often. It was important to all of us at the Club that everyone was on the same page with our path forward. It would not have worked any other way. There was a swell of community and volunteer support to get us back on the field. Parents pitched in and families respected the protocols.

We learned together and adapted as we went. Earlier this month we launched a Neighborhood Soccer Program designed specifically for our recreational players - the idea was to get kids active right in their own neighborhood, keep it basic and allow them to play.

What made it successful?

It has been very successful. We continue to learn and adapt as we go and provide options to families to do what is right for them.

Which part of your operations are currently functioning, and how does that compare to a ‘normal’ summer?

We have approximately 70% of our competitive players training (small sided games - Phase 2) and about 10% of our recreational players. 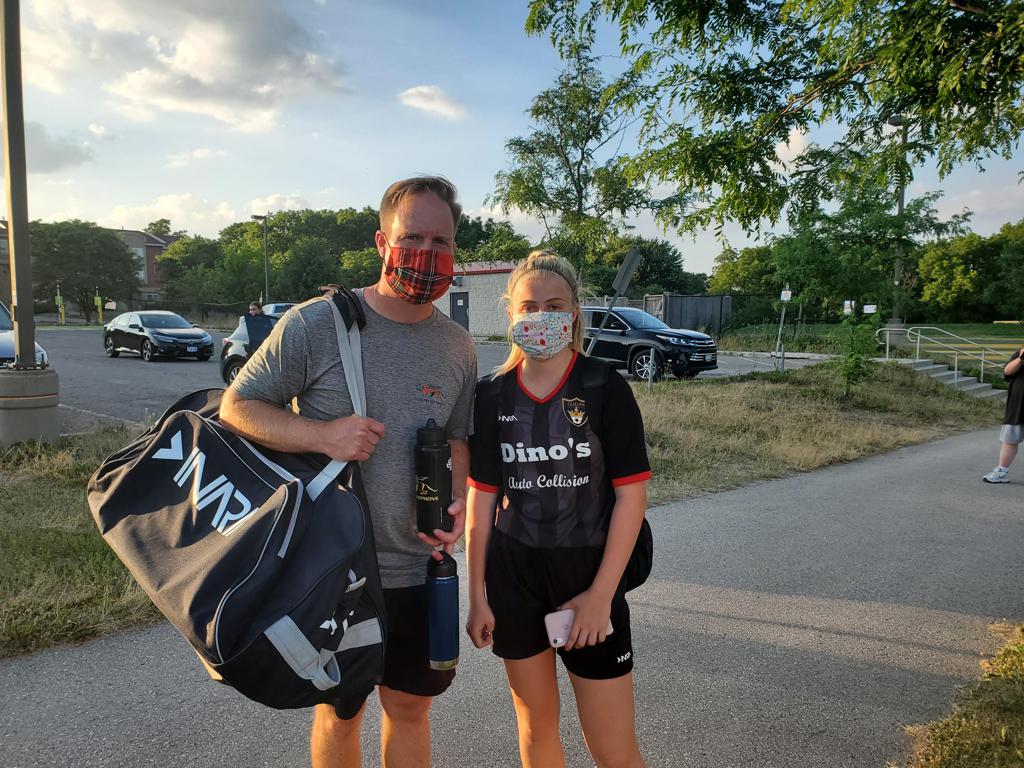 What is some of the positive feedback you have received?

Parents, players, and coaches are appreciative of our efforts to get the players back on the field. In a world that has not felt normal for many months, we had the opportunity to provide some semblance of normal for these kids. Many families recognize the hard work by many to make it happen.

What program/initiative/area are you most proud of?

Our newly designed neighborhood program. It is grassroots soccer at its most basic. We believe there will be more of a need to ensure access to our program moving forward and there will be large financial burden on families throughout this pandemic. We feel a responsibility to provide a variety of options, so everyone has a place to play.

What ‘hack’ are you most proud of? Did you make a discovery, or find a way to do something easier that you could share?

Ask for help when you need it. Nothing about our Return to Play process has been done by one person. It has been a collaborative effort. Our district has answered countless phone calls from me, the network of EDs I'm part of has answered emails late on Friday night in a panic to get something complete and the team of people in the community of Guelph have really stepped up. This only happens when you ask for help!

One of the things that we have been recently successful with is applying for grants. We received some money from the Canadian Red Cross to support the costs involved with our Return to Play and a small grant from the United Way that is helping to fund our fee assistance program knowing that there will be more families than ever in need of assistance.

If you could provide advice to a club/academy that is currently Returning to Play, what would you tell them?

The hardest step is getting started. If you spend time on communicating effectively, putting the proper protocols in place, and then implementing them with the support from others, it all does get easier. Many protocols will likely be here to stay for quite some time, the sooner we can get used to the "new way" the better adjusted our organization will be moving forward.

Is there anything about RTP that seemed really hard in the beginning, but now isn’t actually so bad?

Communicating the protocols and engaging everyone in the process. We continue to adjust our processes to ensure maximum efficiency, but initially they all felt very labour intensive. Again, ask for help.

What do you see as the main benefits of RTP? For the player, and for the club/academy?

The main benefits of RTP is providing kids with something that feels a bit normal.

If you would like to recognize an Ontario Soccer member organization that is proactive and innovative in engaging, servicing and caring for its stakeholders during this challenging time, please contact Bjorn Osieck, Director, Business Operations. If suitable, we would be happy to share any suggestions and case studies with our membership, so we can all support and learn from each other as we all work together to Pitch In. Play ON!