The match can be found on OneSoccer.ca and Rogers TV 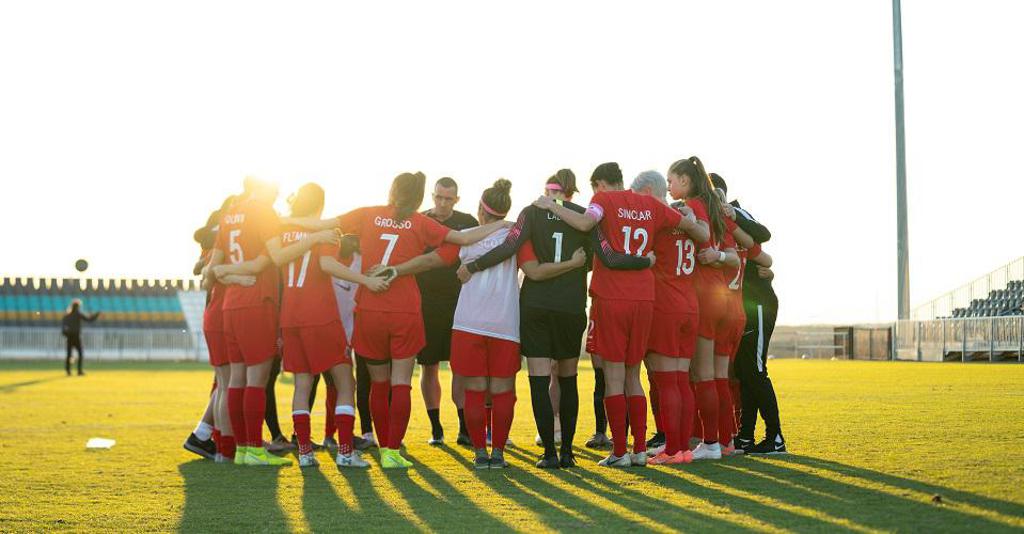 Canada Soccer’s Women’s National Team will kick off their 2020 Concacaf Women’s Olympic Qualifying journey when they face St. Kitts & Nevis on 29 January in Edinburg, Texas. The Wednesday match is the first of three group matches en route to the Concacaf semi-finals on Friday 7 February that will determine which two nations qualify for the Tokyo 2020 Olympic Games.

The Canada match kicks off at 16.30 local and will be broadcast live in Canada on OneSoccer.ca (17.00 ET / 14.30 PT) as well as on Rogers TV (Digital TV channel 368 and Ignite TV channel 430). Extended match day coverage is featured across Canada Soccer’s digital channels including Facebook, Instagram and Twitter. Fans are encouraged to interact with Canada Soccer’s Women’s National Team every step of the way on social media handle using the hashtag #CANWNT.

The Wednesday match will be the first-ever encounter between the two nations, with St. Kitts & Nevis reaching the final round of a Concacaf women’s tournament for the first time in their program history. The match also marks the start of the team’s 2020 international season with the remarkable Christine Sinclair chasing the all-time international goal scoring record (two more goals).

In advance of the tournament opener, Canada held a two-week training camp in Austin, Texas as part of their final preparations for the Concacaf Women’s Olympic Qualifying tournament. Before January, Canada filled their two international windows with Olympic preparatory matches abroad in China PR and Japan. Across the three camps, Canada played three international “A” matches and two closed-door training matches.

“I think we are very ready to start the tournament,” said Kenneth Heiner-Møller, Canada Soccer’s Women’s National Team Head Coach. “We have seen in the past two weeks that getting the crew back together and having a few sessions on a high level has definitely given us some confidence. We are looking forward to kick off the tournament.”

Canada have qualified for the past three Olympic Games through Concacaf’s two available spots, defeating Mexico in 2008 and 2012 and then Costa Rica in 2016 to win their berths. Canada reached the quarter-finals at Beijing 2008 before winning back-to-back bronze medals at London 2012 and Rio 2016. Canada earned the distinction of becoming the first Canadian team to win back-to-back medals at the Summer Olympic Games since 1908 as well as the first-ever Canadian women’s summer team to repeat on the podium.

“We can expect that St. Kitts & Nevis will be a hard-working team and I think they will fight for 90 minutes,” said Canadian centre back Kadeisha Buchanan. “They are going to play with pride and give everything they have, so it won’t be an easy task for us. Our team is in a good spirit right now, in the last few days we have really gelled, so we are all excited to get ready for the tournament.”

After facing St. Kitts & Nevis, Canada will play Jamaica (1 February) and Mexico (4 February) in Group B after which the top two-nations in the group will cross over against the top-two nations in Group A. The two winners of those Concacaf Semi-finals on Friday 7 February will qualify for the Tokyo 2020 Olympic Games as well as advance to the Sunday 9 February Concacaf Final. Both the Semi-finals and Final will be played in Carson, CA, USA near Los Angeles.

“It’s important for us to go into this tournament with confidence,” said Canadian fullback Ashley Lawrence. “We want to get the result and start on a good note. We are going to stay focused and stick to our game plan. If we score early it can give us a good momentum and hopefully, getting that result can get us on the right foot going into the rest of the tournament.”