Canada will next face New Zealand on Nov. 1 at the Bezerrão in Gama, Brasilia 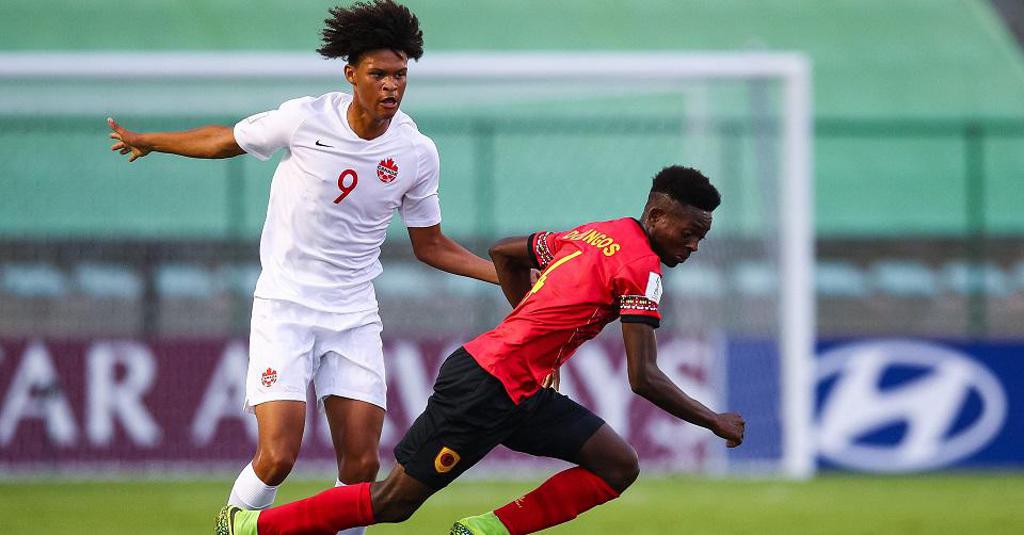 Canada lost a heartbreaker late to Angola in their second group match at the FIFA U-17 World Cup Brazil 2019. Deep into added time and in search of a winner, Canada conceded in the 94th minute on a goalmouth scramble as Angola won 2:1 to qualify for the knockout phase of the biennial tournament. Canada now have their backs against the wall in a must-win scenario in their group finale against New Zealand on Friday night.

Canada were in control for much of the match, but conceded the opening goal in the 31st minute to Angola’s Zini. After equalising quickly after the half-time break on a Jacen Russell-Rowe goal in the 49th minute, Canada could not add to their total before Angola’s David scored the winner in the dying minutes.

Canada will next face New Zealand on 1 November again at the Bezerrão in Gama, Brasilia. In Canada, fans can watch the match live via TSN and RDS at 19.00 ET / 16.00 PT (20.00 local). Extended match day coverage will be featured across Canada Soccer’s digital channels including Facebook, Instagram and Twitter. Fans are encouraged to follow Canada Soccer’s Men’s U-17 National Team every step of the way by using their social media handle, #canm17.

“We came here to progress in the tournament, and we are still looking for our first win ever at this level. That first win has to come against New Zealand,” said Andrew Olivieri, Canada Soccer’s Men’s EXCEL U-14 to U-17 Program Director. “That could be enough to get us through, if we can get that win and close the goal difference, we may see ourselves achieve our objective.”

It could have been a very different story with the start Canada had dreamed against Angola, but a second-minute shot from Kamron Habibullah hit the crossbar and stayed out. It was the first of a trio of big chances that Canada created in the first 45 minutes. Midway through the half, a Jayden Nelson free kick was well stopped by goalkeeper Geovani. Then moments before the break, a Damiano Pecile low shot at the back post was just saved by Geovani. At the other end of the pitch, Angola were awarded a penalty in the 21st minute after a Canada handball, but the decision was nullified after the Video Assistant Referee confirmed an offside call.

Canada scored their equaliser on a lovely combination from Pecile to Ralph Priso to Russsell-Rowe. Canada’s goalscorer cut through the central defenders and fired his left-footed shot past the goalkeeper.

Russell-Rowe came close again on a pair of chances and Deandre Kerr also once found himself with an opportunity close to goal, but as the game wore on Angola held out for their point that would have been enough to see them through to the Round of 16. Just before added time, they took their chance and got behind Canada’s defence to put the ball past the goalkeeper, but the play was called offside offside after review by the Video Assistant Referee.

The winner was scored after an Angola free kick was headed in front of goal, bounced high over the defender and dropped fortuitously off Zini’s body. With Zini and Canadian goalkeeper Marc Kouadio fallen to the ground, Zini kicked it back for David to smash into the net for the 2-1 win.