The 2019 Concacaf Men’s Under-17 Championship runs 2-16 May in Bradenton, FL, USA, with Canada to face Group F opponents USA on 2 May, Guatemala on 4 May, and Barbados on 6 May 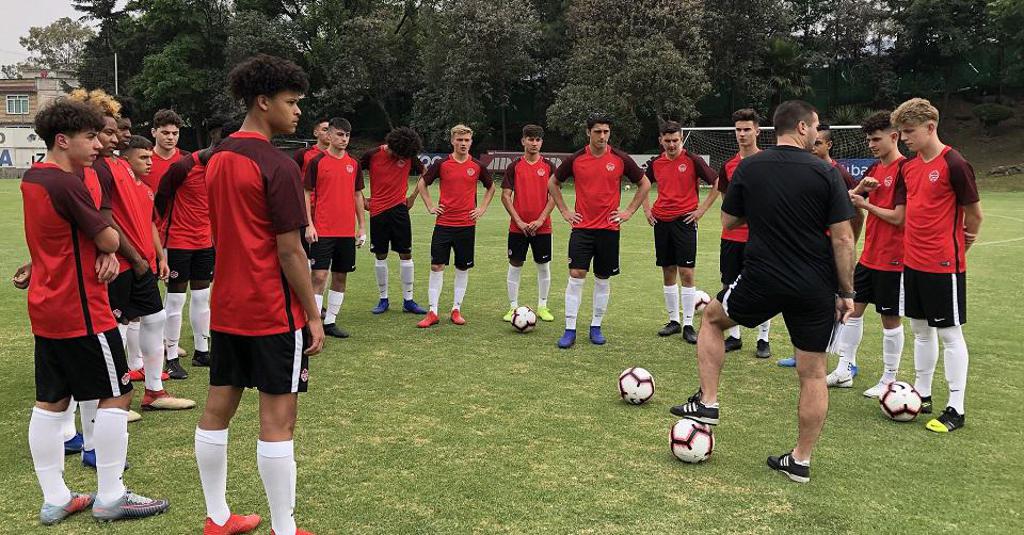 Canada Soccer have announced their squad of future stars to compete at the 2019 Concacaf Men’s Under-17 Championship, set to get underway with an all-important group opener against rivals USA on Thursday 2 May at the IMG Soccer Academy in Bradenton, FL. The upcoming competition provides Canada’s Men’s EXCEL Program with the chance to lay the foundation for Canada’s cultural and tactical identity on the pathway to the Men’s National Team.

The 2019 Concacaf Men’s Under-17 Championship runs 2-16 May in Bradenton, FL, USA, with Canada to face Group F opponents USA on 2 May, Guatemala on 4 May, and Barbados on 6 May. From the group stage, 12 of 16 nations will advance to the Round of 16 along with four previously-qualified nations through March and April qualifying stages. The Round of 16 matches are 8-9 May followed by the Quarter-finals on 12 May, the Semi-finals on 14 May, and the Championship Final on 16 May.

“The Concacaf Men’s Under-17 Championship is an exciting next step to the NEX-PRO integration strategies we have launched with our MLS academies, but also represents the type of pinnacle event where success in meaningful matches will put us among Concacaf’s top nations,” said Andrew Olivieri, Men’s EXCEL U-14 to U-17 Program Director. “Knowing how to navigate tournament play is integral to your success on the international stage and these events are critical to a youth player’s development. Qualifying for the FIFA U-17 World Cup will allow us to accelerate the development for the players in this age group.”

The Concacaf Men’s Under-17 Championship will expose Canada’s young players to international competition, which provides an important step in the development pathway while also allowing Canada Soccer’s Men’s EXCEL Program to identify future players for the Men’s National Team.

Canada have been diligent in synergizing its Men’s EXCEL Program with the professional clubs in Canada, formalising the monitoring and tracking systems, periodising competition programs, and aligning calendars ahead of the international competition in May. Canada Soccer have worked hand-in-hand with the professional clubs as well as provincial and territorial members in their own environments, evaluating a wider base of players while working together with the clubs to develop players both on and off the field on the pathway to the Men’s National Team.

“Some of these players are right at the start of their journey in the Men’s EXCEL Program, so they will be exposed to new concepts, new ideas, and a new program that is fully aligned to the Men’s National Team tactical and cultural frameworks,” said Olivieri. “We have undergone a thorough assessment process with the entire Men’s EXCEL technical staff and we’re excited to bring this talented group of young Canadian players together as they prepare for the Concacaf Men’s Under-17 Championship.”

Into the next round, the four nations that win their Concacaf Quarter-finals match on 12 May will also qualify for the FIFA U-17 World Cup Brazil 2019, to be played later this year.