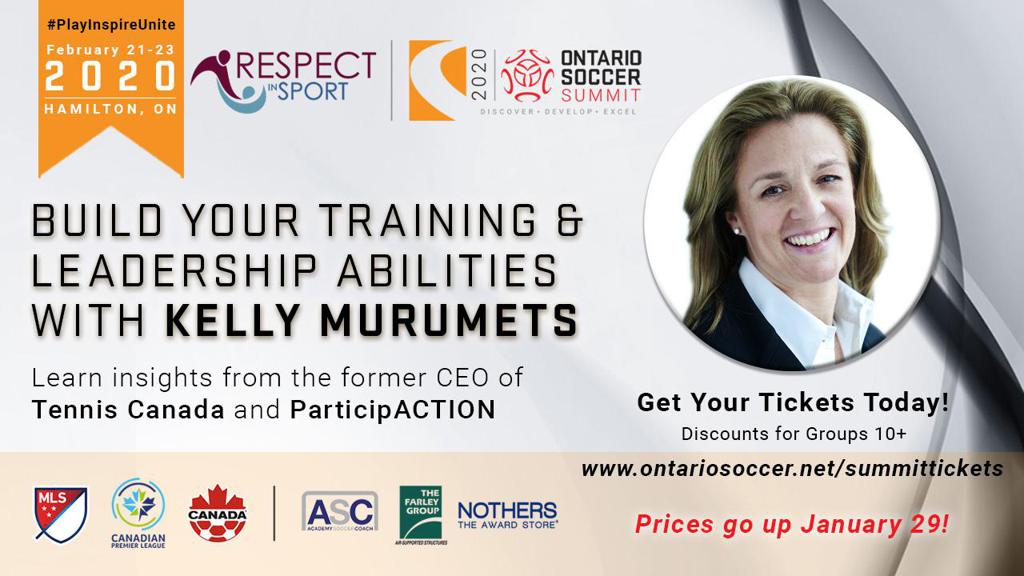 Throughout her career, Kelly Murumets has inspired employees and advised leaders from Canada, United States, South America and Europe on how to develop focused strategies and realize results within their organizations.  She is particularly expert at galvanizing disparate stakeholders with differing sets of objectives, helping them to identify commonality, and inspiring and motivating them to move in one direction.

Kelly was the President & CEO of Tennis Canada from early 2014 to the end of 2016.  She joined Tennis Canada after serving for seven years as President & CEO of ParticipACTION, the national voice of physical activity and sport participation in Canada.  Prior to her role with ParticipACTION, Kelly was president of Acceris Communications, a then publicly traded US telecommunications company, where she oversaw the integration of four bankrupt / nearly bankrupt companies into one thriving organization that, in 2004, ranked 7th in Deloitte’s Technology Fast 50 program.

Kelly is a motivating public speaker and speaks regularly to groups in Canada and around the world about her experiences and her passion for bringing the ethos of sport and physical activity into everyday life.

Kelly is a member of YPO and sits on its Canadian Regional Board of Governors.  She holds an MBA from the Ivey School of Business at Western University, a Master of Social Work from Wilfrid Laurier University (where she received the Gold Medal and the Governor General’s Academic Award) and a BA from Bishop’s University.

Kelly also brings her passion for sport and physical activity to her personal pursuits.  She enjoys tennis, golf, skiing and scuba diving, and has summitted Mount Kilimanjaro and Mount Rainier.  She and her husband currently split their time between Toronto and Scottsdale.