The first panel will look at the state of the game in Canada, with stakeholders from major players in the province and the second panel will feature a discussion on how we’re Keeping Girls in Sport. 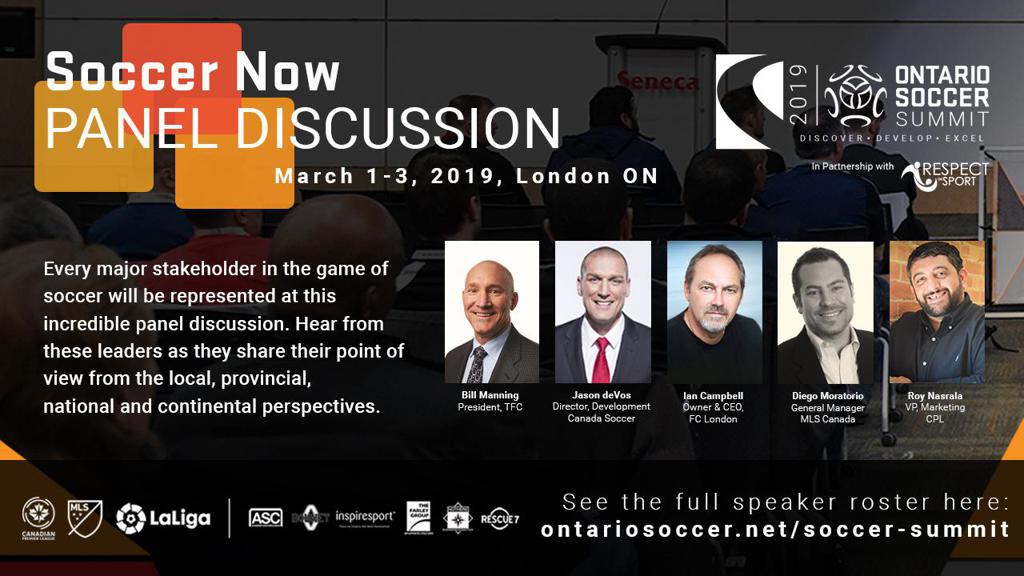 The Ontario Soccer Summit, presented by Respect in Sport, which attracts speakers from across the soccer spectrum, will pull on their depth of experience for these two engaging panels, which will be held at Wolf Performance Hall in London from March 1-3, 2019.

On March 1, the first panel, titled Soccer Now, will feature voices from the local, provincial, national and continental perspectives.

On the panel will be Jason deVos (Director of Development, Canada Soccer), Ian Campbell (Owner and CEO, FC London), Diego Moratorio (General Manager, MLS Canada) and Roy Nasrala (Vice President of Marketing, Canadian Premier League) as they discuss the state of the game in Ontario and Canada.

“It’s a fantastic opportunity for the Ontario Soccer Summit delegates to hear from such an esteemed group of business and soccer leaders at this year’s event,” said Johnny Misley, Ontario Soccer Chief Executive Officer. "We are thankful for their participation and sharing their knowledge and insights into the game.”

On March 3, the second panel, titled Keeping Girls in Sport, will have an important discussion with leaders from across sport. 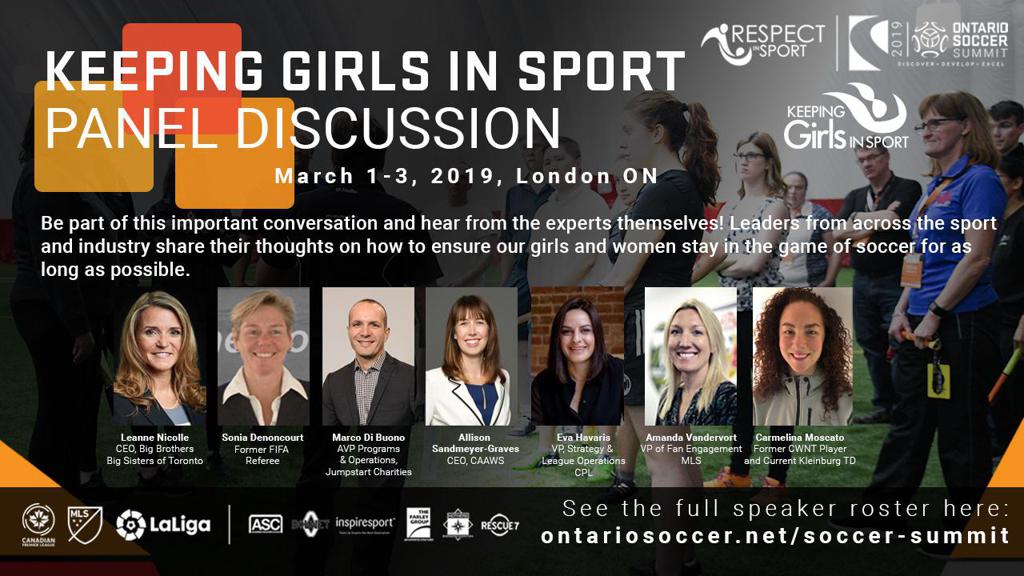 On the panel will be Leanne Nicolle (CEO and President, Big Brothers and Big Sisters of Toronto), Sonia Denoncourt (Former FIFA Referee), Marco Di Buono (Assistant Vice-President of Programs and Operations, Canadian Tire Jumpstart Charities), Allison Sandmeyer-Graves (CEO, Canadian Association for the Advancement of Women and Sport and Physical Activity), Eva Havaris (Vice-President of Strategy and League Operations, Canadian Premier League) and Amanda Vandervort (Vice-President of Fan Engagement, MLS), as they have a conversation on how to ensure girls and women stay in the game of soccer for as long as possible.

“Having this stellar group of people together is a perfect embodiment of the notion that keeping girls in soccer/sport is a sport- and industry-wide effort,” said Khanh Be, Ontario Soccer Manager of Marketing and Partnerships.” Ontario Soccer is privileged to have these individuals share their insights at this can’t-miss panel, but also working alongside our community members to greatly improve the game for our girls and women.”

Tickets are on sale now. The second window of pricing, which offers the best dollar value anywhere in soccer development, closes Feb. 7 for this team-building event. Be sure to act quickly as prices will increase incrementally after Feb. 7.

Visit OntarioSoccer.net/SummitTickets to register and purchase yours.