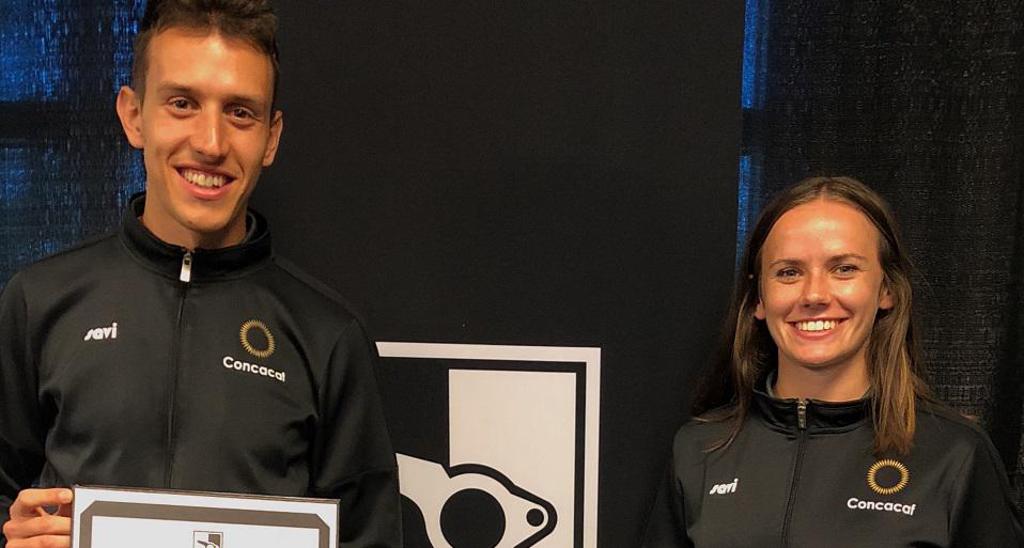 The two recently completed the second of two three-week sessions in which they received intensive referee training from the region’s top instructors. In the second phase, PORE referees were appointed to the Concacaf Men’s U20 tournament with Shaw-Maclaren and Dujic showing strong performances to graduate from the program.

“Congratulations to Carly and Filip on their commitment and drive which has led them to great success so early in their careers, said Isaac Raymond, Canada Soccer’s Manager, Referees. “Both of these young referees can return home to continue their development with an expectation that they will strive to reach the top of the refereeing pyramid.”

The PORE program offers top prospects from the Concacaf region intensive training led by some of FIFA’s leading refereeing instructors. The first installment of this year's program ran in collaboration with the Federación Mexicana de Fútbol Asociación (FEMEXFUT) for three weeks in April.

This is the second installment of the PORE program after an initial cohort was run in 2017. Three of the match officials who were part of that cohort earned FIFA Referee status in 2018. That success is owed to the experience the referees receive as part of the program, including appointments to the Mexican second division, specialized classes in nutrition and leadership, and daily field/classroom technical sessions with mentors including FIFA Instructor Peter Prendergast and Concacaf Director of Refereeing Brian Hall.

Canada Soccer is responsible for the development and training of match officials for amateur and professional competitions in Canada. In partnership with our Provincial and Territorial Associations and sanctioned professional leagues, Canada Soccer provides development and training opportunities to advance to the national list of referees and nominations to the FIFA list