Howard Webb, international match official, tv analyst and now the head of VAR in MLS, will be the third keynote speaker for the London, Ont. event March 1-3, 2019

Ontario Soccer is proud to announce the third keynote speaker for the Ontario Soccer Summit 2019 will be Howard Webb, an English former professional football referee who officiated primarily in the Premier League from 2003 to 2014, as well as for FIFA as a FIFA international referee from 2005 to 2014.

Webb is counted amongst the all-time top referees by the International Federation of Football History and Statistics and refereed a number of notable matches in England including the FA Cup final, the FA Community Shield and the final of the League Cup. In 2010, he became the first person to referee the finals of both the UEFA Champions League and FIFA World Cup in the same year.

Throughout his professional career, Webb drew praise for his authoritative and respected approach to refereeing from football bodies, pundits, colleagues, players and managers. He announced his retirement in August 2014 to become the technical director of the Professional Game Match Officials Board.

It was announced that from March 2017 he would become the Manager of Video Assistant Referee Operations for Major League Soccer's Professional Referee Organization.

He also served as a TV analyst for TSN this summer during the FIFA 2018 World Cup in Russia. 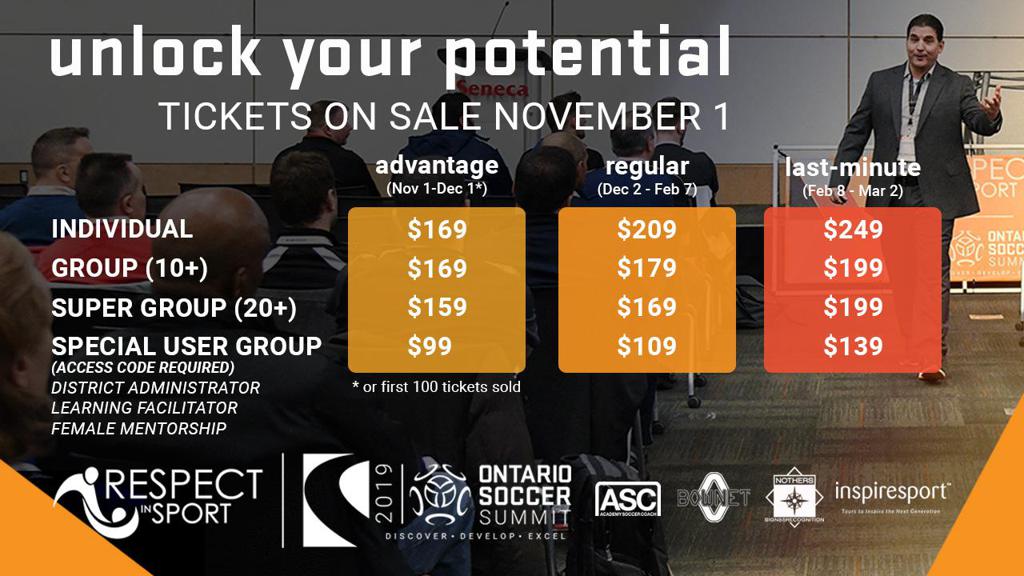 Webb is the third keynote speaker to be announced for the Ontario Soccer Summit 2019. Previously, John Herdman, the Canadian Men's Head Coach and Nancy Spotton, CEO of MPWR were announced as keynotes.

The full roster of speakers and tickets will be made public on Nov. 1.

The Nov. 1 announcement, which includes speakers from the Technical Development, Match Official Development and Administrative and Operations streams, will kick-off the first window of advantage pricing, which offers the best dollar value anywhere in soccer development.

The first window of ticket availability for this team-building event closes Dec. 1.

With only 100 tickets available during this initial period, be sure to act quickly when tickets go on sale Nov. 1, as prices will increase incrementally after Dec. 1.