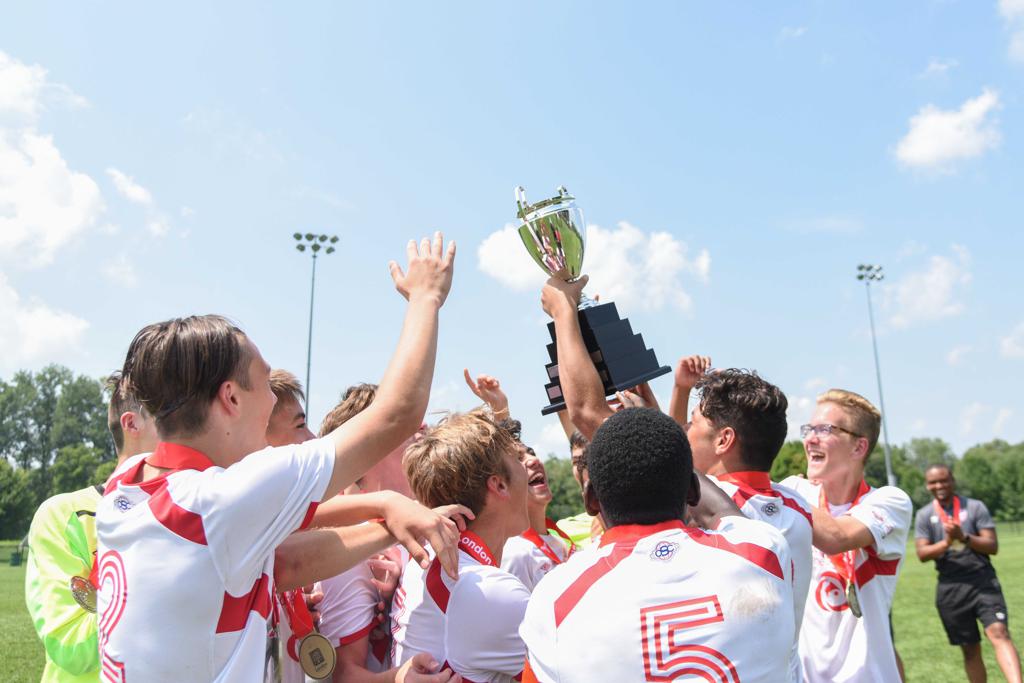 Both teams would trade chances early but neither were able to find a way through.

It would take the good work of Oakville’s Adam Plitchtowski who worked the ball down low and danced along the line to break the deadlock. His pass found the foot of Mauro Lulli who made no mistake and finished his chance to make it 1-0 in the 10th minute.

Oakville would increase their lead in the 36th minute when their centreback, Yves-Michel Tcheuyap, made a long, winding individual run which ended with him slotting the ball into the far corner to make it 2-0.

The second half began much the same way as the first, with Oakville controlling large amounts of possession with NTSC looking to find ways to counter attack when available.

Ultimately the Oakville defence would prove to be too organized and solid for NTSC to break down and the match would finish 2-0 in their favour.

Oakville captured the U-15 OPDL Cup and won the gold medal for the Ontario Summer Games. 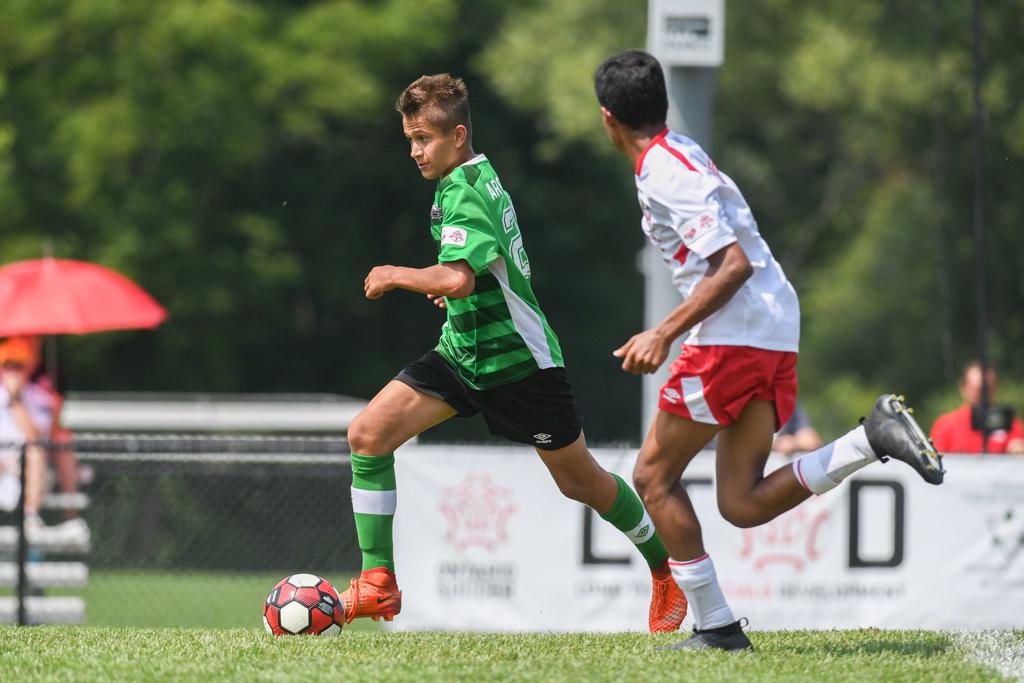 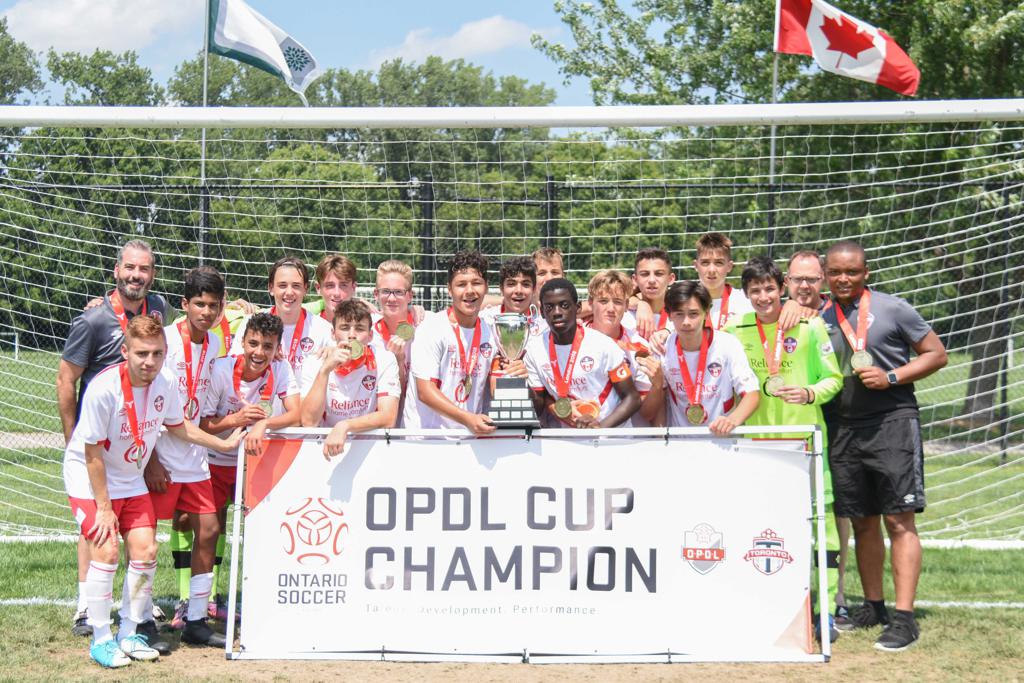