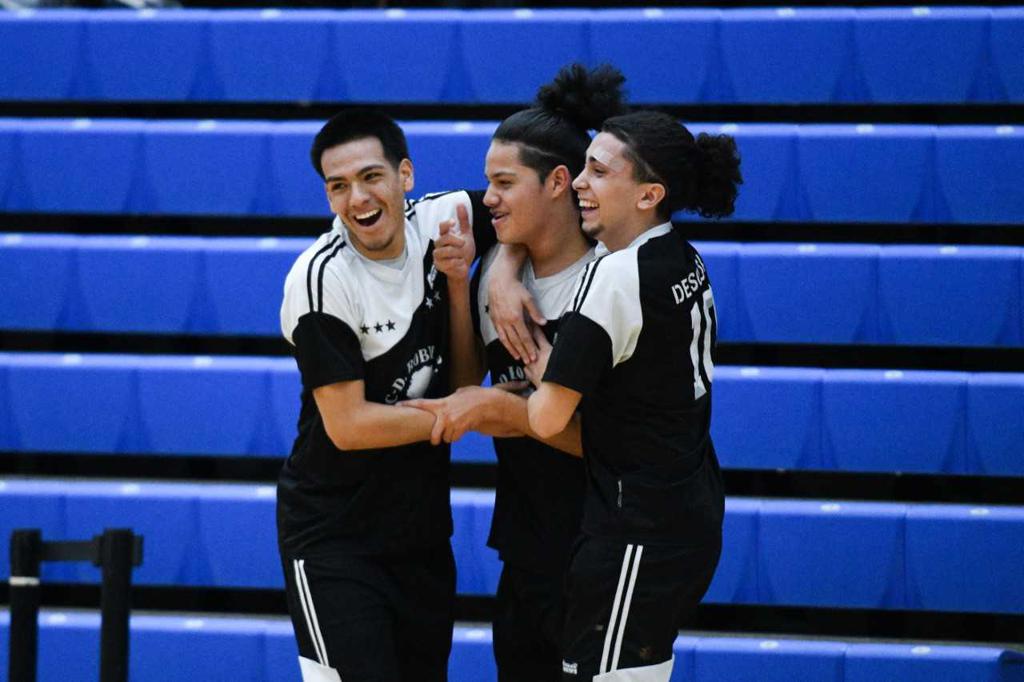 North York CD Robles opened the U-18 Boys Ontario Futsal Cup final with a bang. The side in black netted two goals within the first ten minutes by way of Julian DeSousa and Etosse Kadrebue to give them a steep opening lead over Unionville Milliken.

The onslaught continued with North York gaining a four-goal lead thanks to another two goals by Julian DeSousa putting the club up 4-0.

Despite being on the end of a steep deficit, Unionville rebounded with an opening goal from Jurmaine Dowe.

Unfortunately, it was quickly responded to with a sunken penalty from multiple-time scorer DeSousa again.

In an effort to claw their way back, Karim Jack put away another goal for Unionville to end the first half with a 5-3 scoreline. 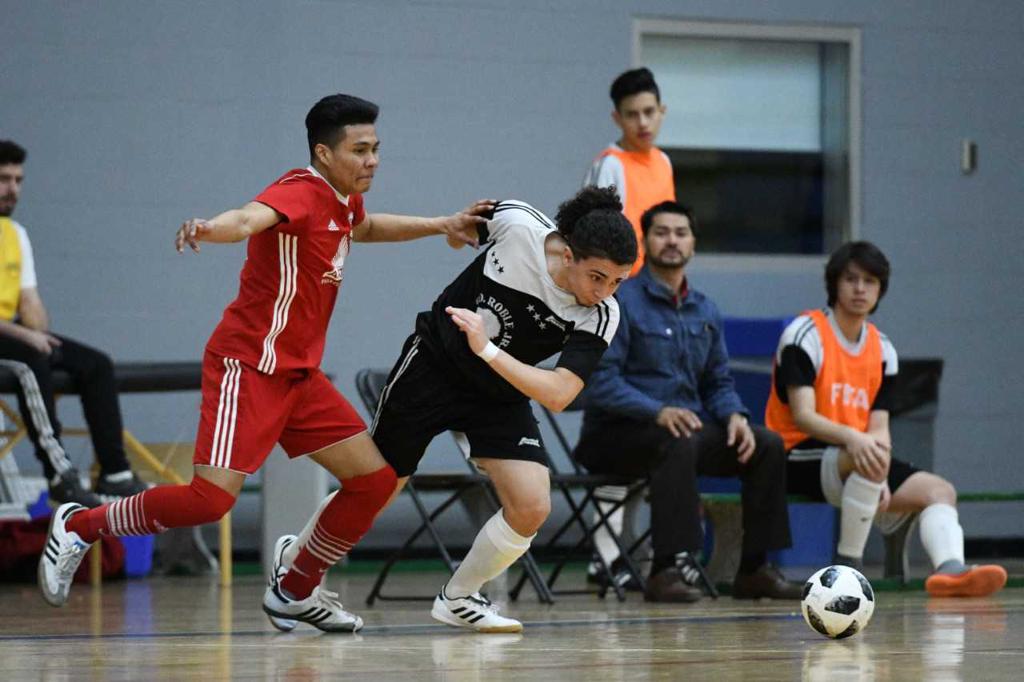 As the second half opened the tables quickly turned in Unionville’s favour as Dowe got his third goal of the match with a great solo run.

His goal put the reds only one behind North York to put the scoreline at 5-4.  A huge change of events compared to the opening half.

North York responded quickly though with another goal from Kadrebue into the corner to put them up at 6-4.

Like a good conversation, another series of goals were seen as Unionville’s Mikail Prince hammered one home and then another from North York’s serial goal scorer DeSousa to set the score at 7-5.

Unionville was awarded a penalty that saw Joshua Alegria shoot a low ball into the net to inch the score to 7-6.

But in the end, North York kept their defensive suit to seal their 1-goal lead and become the U-18 Boys Ontario Futsal Cup champions

Click here to view all the photos from the final 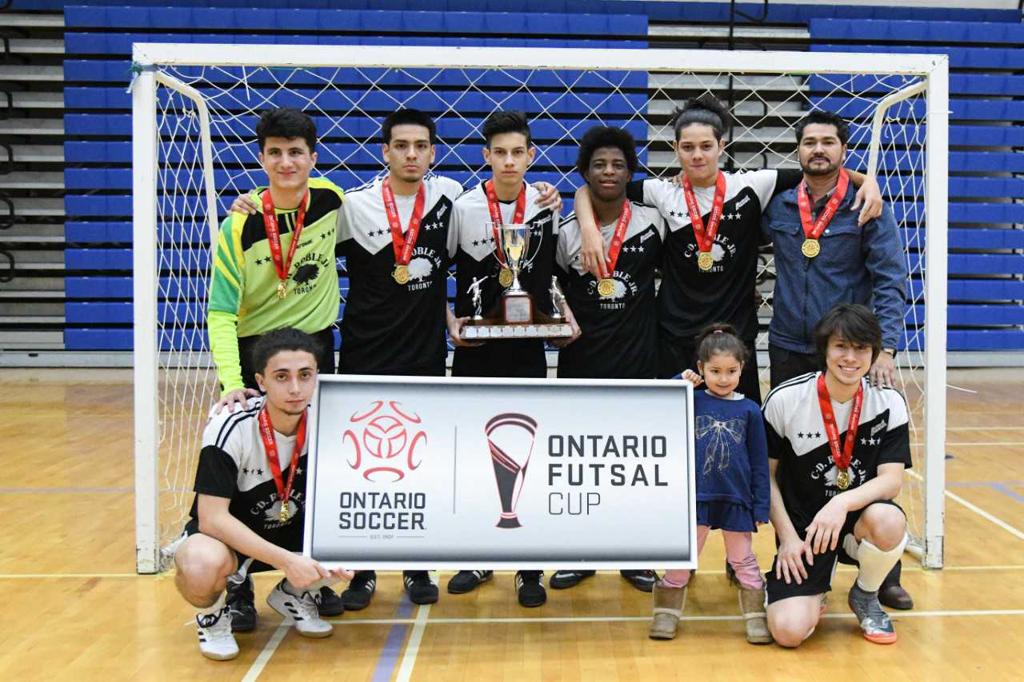