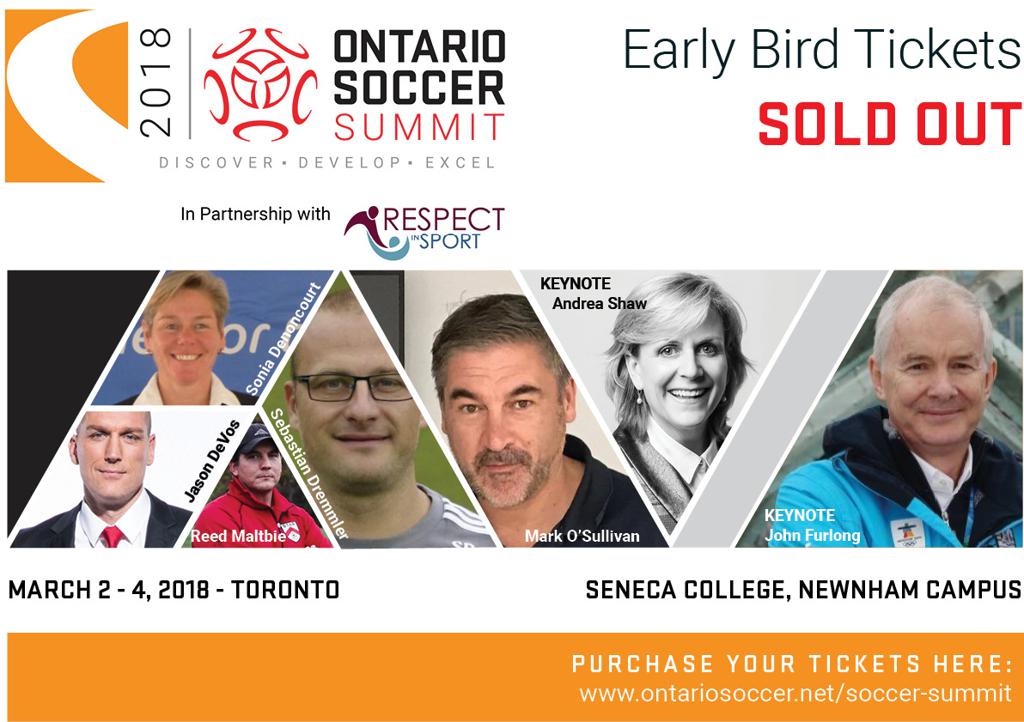 The Ontario Soccer Summit 2018 Early Bird Tickets have officially sold-out. And if you have been paying attention to the recent announcements, you can see why.

Additionally, we've announced the first nine session speakers for 2018 and with names like  Jason deVos  (Canada Soccer),  Sebastian Dremmler  (Bayern Munich),  Sonia Denoncourt  (former head of FIFA Referee development)  Mark O'Sullivan  (leading player development educator) and  Reed Maltbie  (Changing the Game Project) you can see why this year's event is stacking up to be the best to date.

Eleven more session speakers will be announced on Dec. 11 to round out this year's roster.

Early bird ticket sales are now closed but individual tickets are still the best available price for an event of this magnitude. There are great group pricing options available as well.

What are you waiting for?

And if you're still not quite feeling the buzz yet for Ontario Soccer Summit 2018,  watch our "Discover. Develop. Excel" series to feel the excitement that is building around this year's event.