The leader behind the revolutionary marketing and communications strategies at the 2010 Winter Olympic Games will be speaking at Seneca College – Newnham Campus March 2-4, 2018 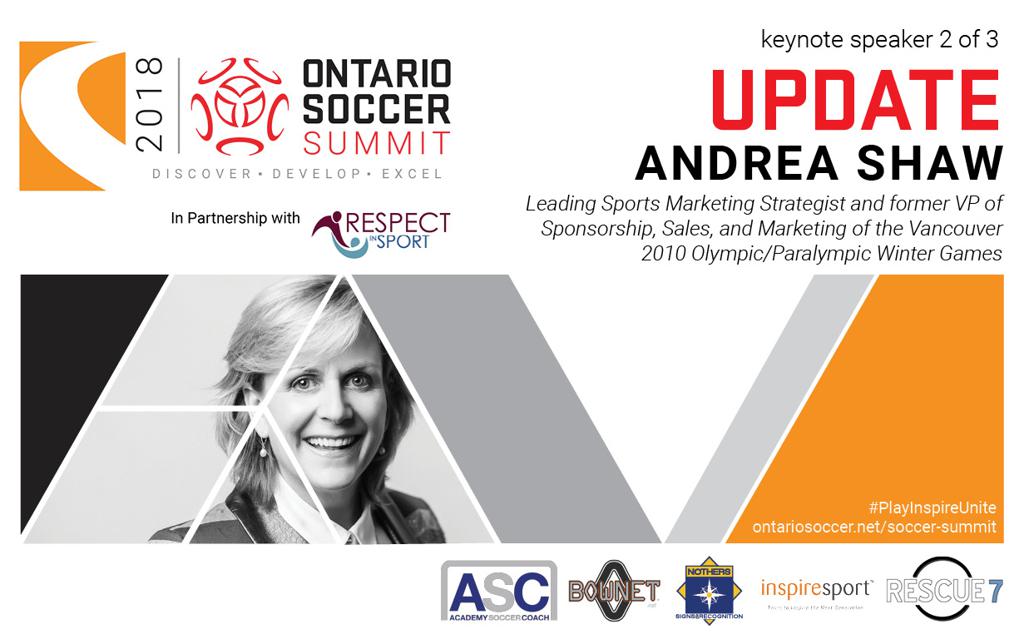 Ontario Soccer is pleased to announce today that Andrea Shaw, the founder of TTG Canada (TTG Partnerships & TORQUE Strategies) and the former Vice President of Sponsorship, Sales and Marketing for the Vancouver Organizing Committee for the 2010 Olympic and Paralympic Olympic Winter Games (VANOC) is the second keynote speaker to be announced for the 2018 Ontario Soccer Summit.

Involved in the 2010 Winter Games from the bid process onwards, Andrea’s leadership resulted in revolutionary marketing and communication strategies that garnered record levels of support, participation, and investment in the Games.

Andrea led the team at VANOC that oversaw the longest domestic Torch Relay in Olympic history, and that generated over $760 million in sponsorship revenue, an amount that was, for its time, unprecedented worldwide for a Winter Olympic Games.

“Having someone of Andrea’s stature at the Ontario Soccer Summit continues with the trend we’re establishing as making our event roster of speakers the deepest to date,” said Johnny Misley, Executive Director, “Her leadership and expertise will give our soccer and sport community fantastic insights into the sports marketing world and will arm our leagues, clubs and academies with the ability to connect brands to their programming.”

Prior to her decade with VANOC, Andrea developed the special event, sport marketing agency The Landmark Group, Pacific, into an industry leader, before selling it to API International, where she became Managing Partner, Canada. She went on to establish her own successful strategic sponsorship, marketing and communications consultancy, A.J. Shaw and Associates. 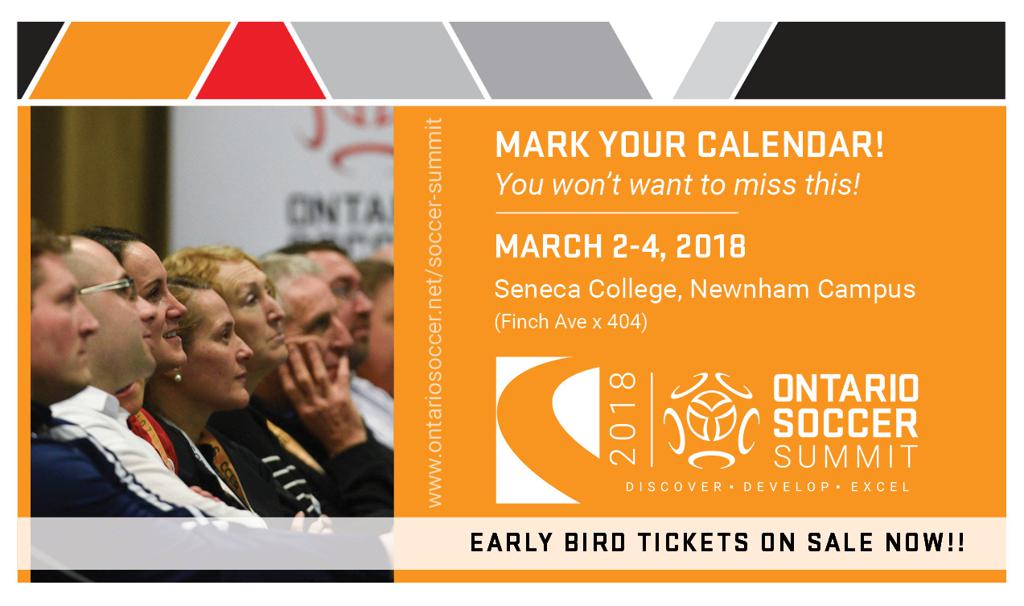 “Female leadership, such as hers, serves as a bright light to the many female leaders in Ontario and Canada. She will be an inspiration to Ontario Soccer and her insights into sport marketing will be invaluable,” said Misley.

Early bird tickets are on sale and there a great group discounts available.