OASL, a two-year pilot program in the province, hosted their finals on Sunday 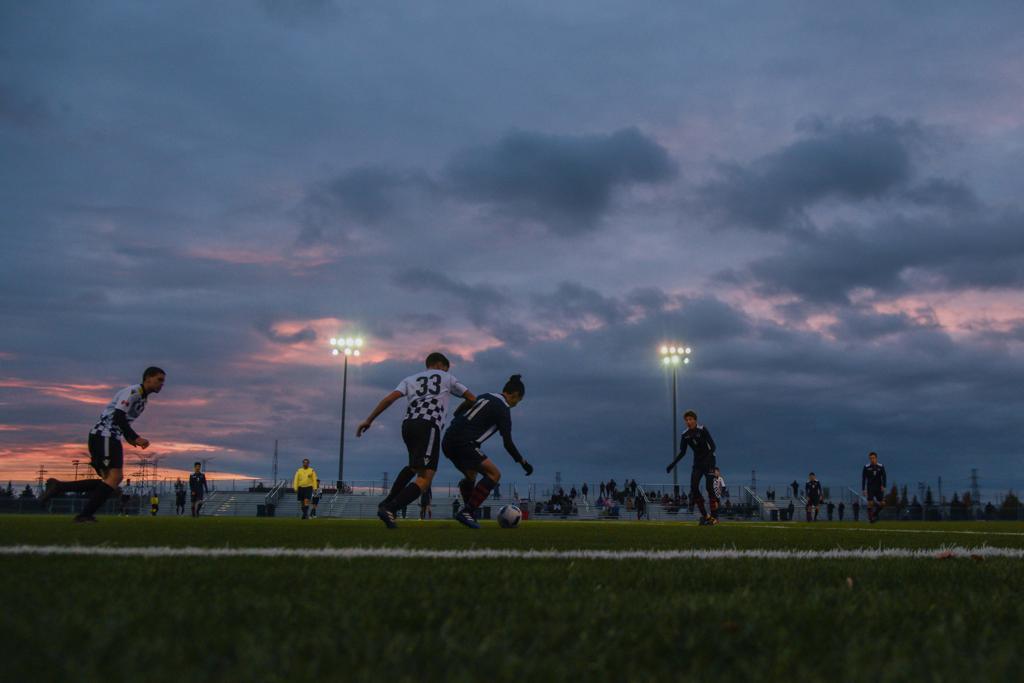 The Ontario Academy Soccer League hosted their finals on Sunday and three champions were crowned.

The Ontario Soccer Board of Directors has approved this league as a 2017 and 2018 pilot project, which will see Ontario Soccer run the OASL for the youth competitive levels.

This strategic initiative will develop and implement a separate Academy soccer stream, made up of private academies, which can be aligned with Ontario Soccer’s player development pathway.

“Firstly a congratulations to all participants in the OASL this season. Your commitment to development should be commended,” said Gary Miller, Ontario Soccer Technical Director. “By piloting the OASL, Ontario Soccer is gaining a better understanding of the programming, looking at the alignment of our Academies Pathway,, with the aim to unify our vision for growing the game in Ontario.” 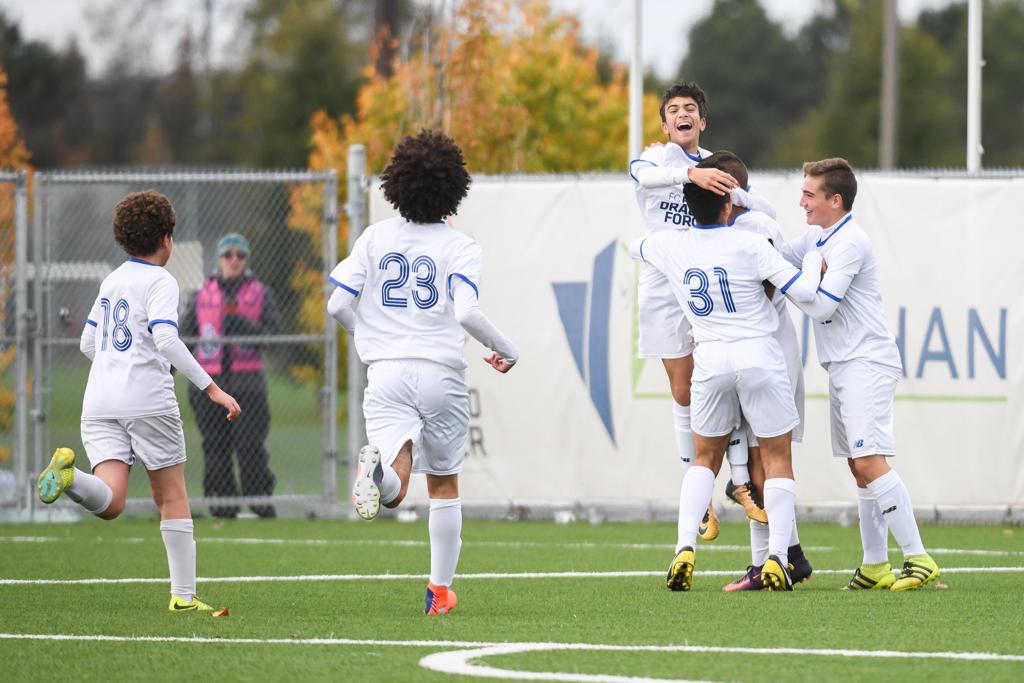 The U14 OASL playoff final between Dragon Force U14 and Mapola FC started the day off with a furry of chances for both sides.

Mapola had two chances off a corner within the first 10 minutes, but Dragon Force keeper Ethan Curry was on top of his game throughout the 90 minutes, denying both attempts on goal.

Dragon Force striker Nathan Ferreira proved to be the focal point for his team in the first half, scoring twice to give his side a 2-0 lead going into half-time.

Mapola would gain momentum in the second half, and were rewarded with a put one Omarri Mullings strike in the 59’, which saw them pull back to 2-1.

Ferreira grabbed his third of the match off a nice touch inside Mapola’s penalty area  before the 75’ minute mark, but was quickly outdone by Mapola’s Matthew Kulas’ strike with over five minutes remaining.

With their side looking to hold on to a one goal lead, Dragon Force keeper Curry stud up to make a ridiculous diving save right before the final whistle to secure the 3-2 win and the U14 championship.

View all the photos from the U-14 OASL Final 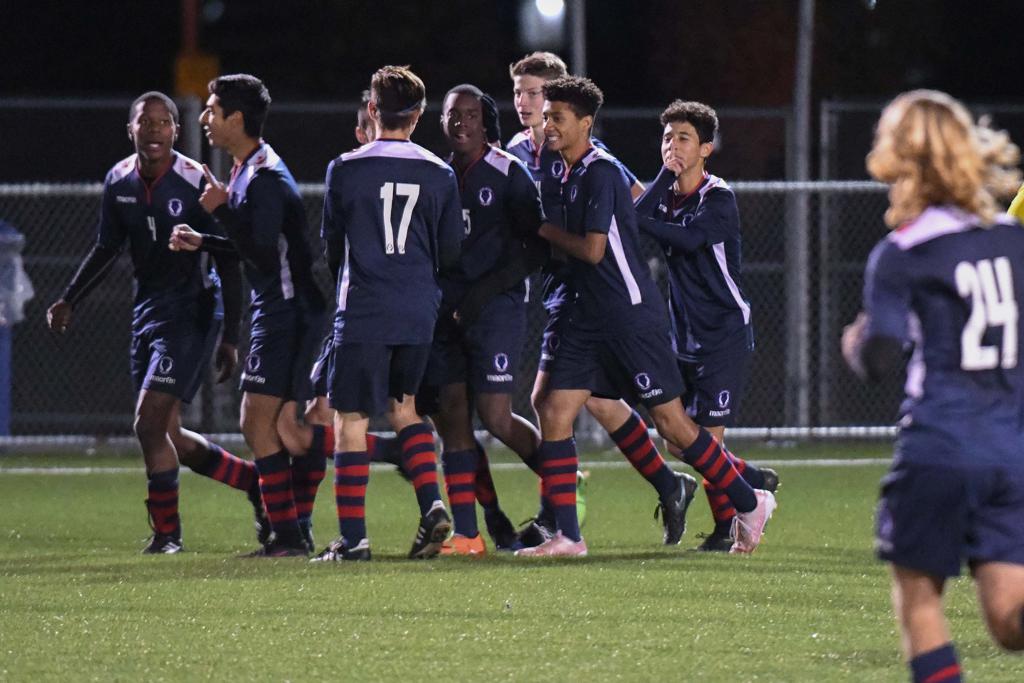 The second match of the day was between Blue Devils Academy taking on Brampton Elite in the U15 showdown.

Captain Desean Bartholomew of the Blue Devils started the match off with a quick goal in the 2’ minute, finding space on the left wing and slotting it on goal.

Bartholomew wasn’t done yet, as he sprinted down the left side looking to cross it inside the box. However, his pass would be tipped in by a Brampton defender and gave the Blue Devils a 2-0 lead before the 25’ minute mark.

With 20 minutes remaining, Bartholomew secured his hat-trick in the 70’ as he sneaked by the Brampton backline and slotted it bottom left.

Brampton’s Dylan Candelaria found the back of the net in the 78’ off a shot that just beat Blue Devils keeper Marcel Mariak.

However, a penalty kick by Albert Camenzuli in the 82’ would secure the Blue Devils the 4-1 victory.

View all the photos from the  U-15 OASL finals 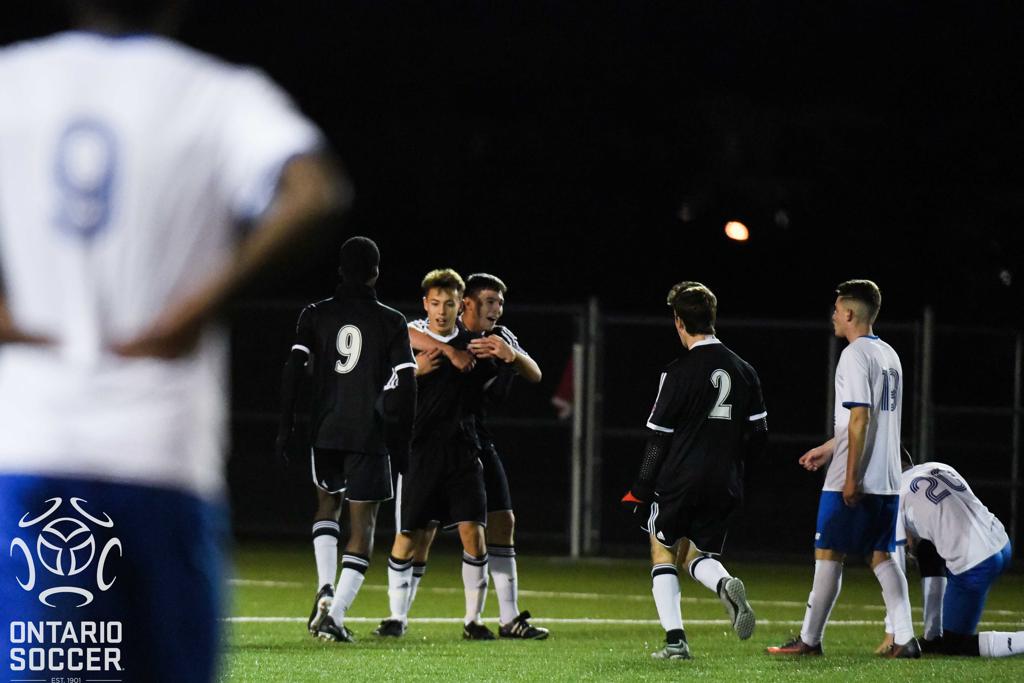 The last match on championship Sunday would see GPS Academy take on Dragon Force U17.

GPS held the majority of possession to start the match, which saw them get called offside twice and hit the crossbar before the 30’ minute mark.

Tanitoluwa Oluwaseyi of GPS gave his side a 1-0 lead in the 32’ as he fired a shot from the left side of the box, unable to be stopped by Dragon Force keeper Alessandro Procaccini.

GPS would score again in the 39’ thanks to Spencer Lynn tucking a shot in while the Dragon Force keeper was off his line.

Procaccini would get his revenge on GPS, first denying them a goal in the 41’ with a spectacular diving save, and then again off a penalty kick in the 49’.

GPS’ Lynn found the back of the net for his second of the match in the 63’ off a shot from the top of the box that sailed top right.

Despite being down a man, Oluwaseyi sealed the match with his second in the 72’ to give GPS the 4-0 win over Dragon Force, capturing the OASL U17 championship in dominating fashion.

View all the photos from the U-17 OASL finals