10 OPDL players among the Ontario athletes called by Canada Soccer 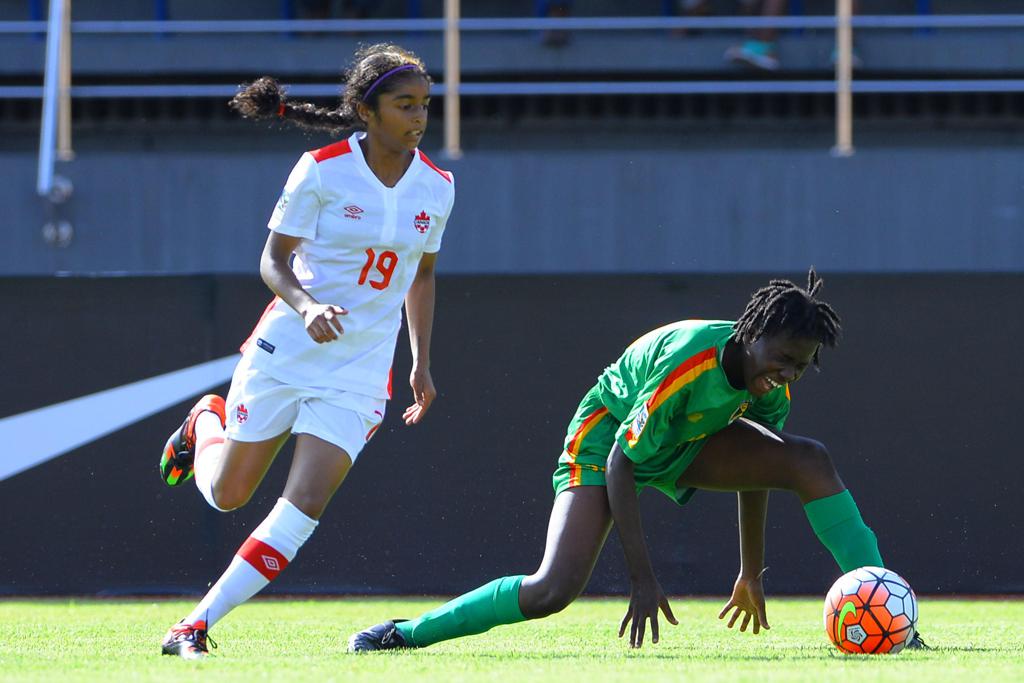 Aaliyah Scott, Markham SC, at the CONCACAF Women's Under-17 Championship

“We are looking forward to three matches against three difficult opponents, including two Asian teams who are preparing for FIFA U-17 Women’s World Cup qualification in September, and we have our neighbours from the USA who have brought some experienced players who played in the FIFA U-17 Women’s World Cup Jordan 2016,” said Bev Priestman, Canada Soccer National EXCEL Director 14-20. “I think we are going to have three very tough games, but three very tough games that I believe this group of players can manage by implementing the things they have learned over the last couple of camps in this U-17 cycle.”

Twelve players from Ontario have been called to the squad. Ten of those players hail from OPDL License Holders and all of them are part of Ontario's Provincial Program.

The young squad in China will be presented with many firsts on their Canada Soccer journey.  With a heat wave engulfing Weifang and temperatures reaching 37 degrees Celsius during the day, Canada Soccer’s U-17 team will get an opportunity to experience playing in difficult conditions, a reality of international competition, that prepares players for future fixtures.   Additionally, many members of the young squad will wear the maple leaf on their chest for the first time.

“For many of the players this tournament will be the first time they put on the Canadian jersey in international competition and it represents the beginning of their journey through the Canada Soccer system, a pressure that can’t be underestimated,” said Priestman.  “For others who have played in this tournament, or a prior FIFA Women’s World Cup at the youth level, it’s an opportunity to continue their development and bring their experience to the rest of the squad.  There are some really difficult weather conditions here in China, and with that, the group must adapt and learn how to play in high temperatures, which will help them when they progress to qualification for the FIFA U-17 Women’s World Cup.”

In the lead up to the FIFA youth tournaments slated for next year, there will be an additional development camp in 2018, as well as a CONCACAF tournament to qualify for FIFA U-17 Women’s World Cup expected early in the year.

“Our objective, for all our EXCEL players, continues to focus on development through our nationally aligned talent development system to ensure a progression towards the Women’s National Team and the top level of women’s football,” said Priestman.  “These tournaments, in alignment with their national and regional training environments, is crucial to truly maximize our curriculum and reach our potential in producing world class players.