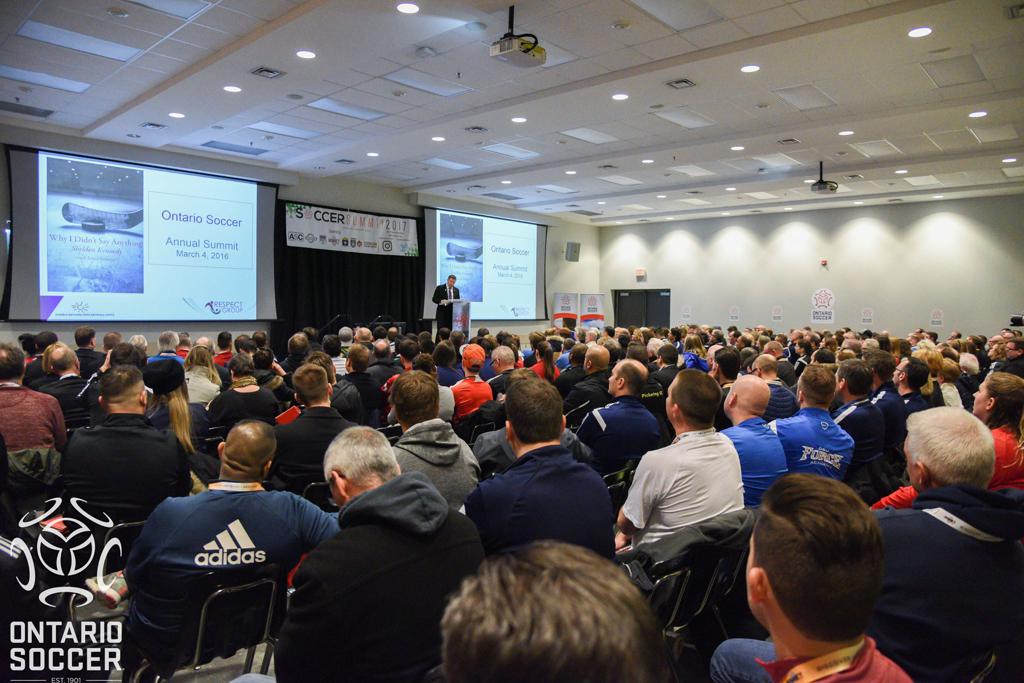 The Ontario Soccer Summit 2017 was a celebration for the sport in Ontario.

It was the first event hosted by Ontario Soccer following the re-brand announcement March 1 and it served as an opportunity to showcase the new name, look and mantra for the provincial organization.

“This was a very successful 2017 event and truly a coming out celebration for our new Ontario Soccer brand,” said Johnny Misley, Executive Director. “The delegates who are committed to their own personal development really embraced the mantra Play, Inspire and Unite over the course of the weekend and it really sets the high water mark for future Ontario Soccer Summits.”

The Ontario Soccer Summit, which provides personal and professional development opportunities for coaches, match officials, administrators and soccer leaders across Ontario, drew nearly 600 attendees and the event hosted at Trent University and Oshawa Civic Centre was declared an official sell-out.

Attendees were treated to keynote speeches from Jason deVos, Director of Development for Canada Soccer, Sheldon Kennedy, Co-Founder of Respect Group and Lorraine Lafrenière, the Chief Executive Officer of the Coaching Association of Canada.

As well, they heard from presenters from all over the world who hailed from organizations such as: FIFA, the Belgian FA, Canada Soccer, U.S. Soccer, South Hampton FC, Toronto FC and many more. 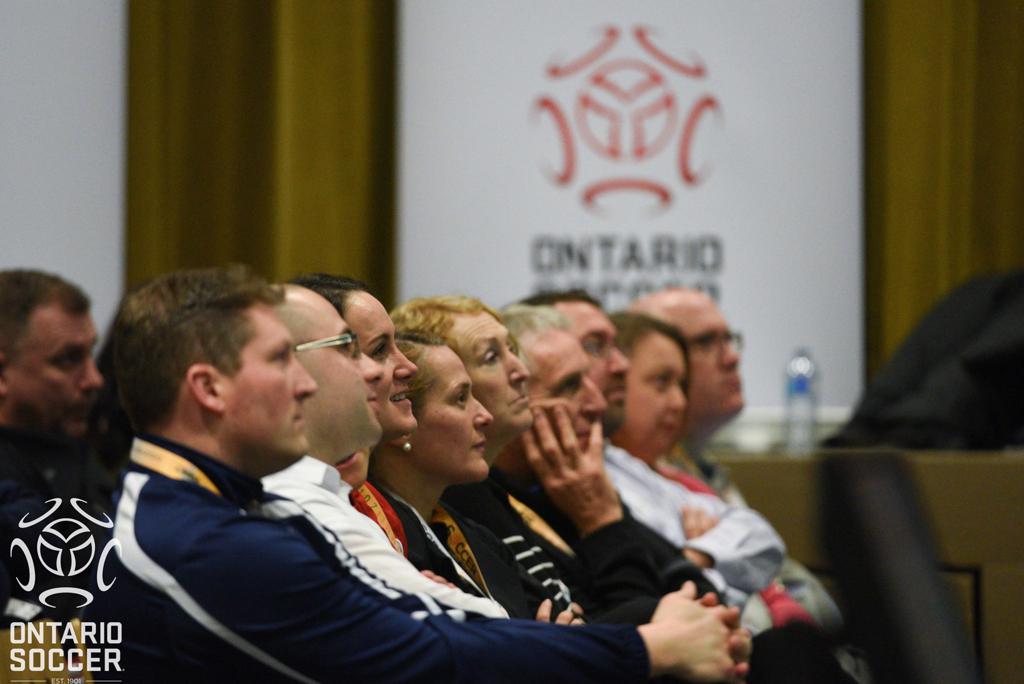 “Our staff did a wonderful job bringing in fresh voices for our community to learn from and the wealth of knowledge shared this weekend has surely strengthened our community in Ontario,” said Gary Miller, Technical Director. “This event continues to set the bar for development learning opportunities in the province and across Canada.”

The Hon. Tracy MacCharles, Ontario’s Minister Responsible for Accessibility, was also on hand to speak to Ontario soccer leaders about accessibility in sport and highlight the work Ontario Soccer is doing with the Accessibility for Ontarians with Disabilities Act (AODA).

“Our distinguished thanks to Minister Tracy MacCharles for her support and passionate speech on making Ontario Accessible. Her attendance was a great kick-off to the release of our AODA materials,” said Bjorn Osieck, Director of Business Operations. “Also, a thank you to our partners - SoccerX, SportsEngine, Durham Region Soccer Association, Nothers, Bownet and Rescue 7 – for making this event extra special for our attendees.”

Each will be found on the new Ontario Soccer website.

See what you missed on Day 1

See what you missed on Day 2

See what you missed on Day 3