Look for a match report and photos following each game.

Only the games in Civic Stadium have broadcast ability.

North Mississauga and the Burlington Bayhawks played off for the right to advance to the U-21 Women's final.

Burlington's Angela Cutaia opened the scoring by dancing past three defenders and just when it looked like she had taken one touch too many, she calmly slotted home the opening goal to the far post

North Mississauga would breakthrough in the 27th minute when an error at the back between the Burlington keeper and her defender led to an open chance for Sarah Nixon. Nixon made no mistake, diving to reach the loose ball, roofing it into the top of the net and levelling the score at 1-1.

Shortly after the second half began, Burlington got on the end of a great header opportunity in close but Almeida found herself in the right place and easily made the save under pressure.
68th minute Sarah Bourque slipped in behind the North Mississauga defence, danced past the keeper and deposited into the empty net.

Less than 10 minutes later, North Mississauga's Anisa Boland would send a seeing eye ball into the box that would fall to the foot Oshay Lawes who leveled the score at 2-2.

With only seconds left in the game, Bayhawks managed to play a ball in behind the North Mississauga defence. Cutaia was on her horse, caught up to the ball, side stepped a defender and slotted the winner home.

Burlington advances to the final on Sunday with a 3-2 win. 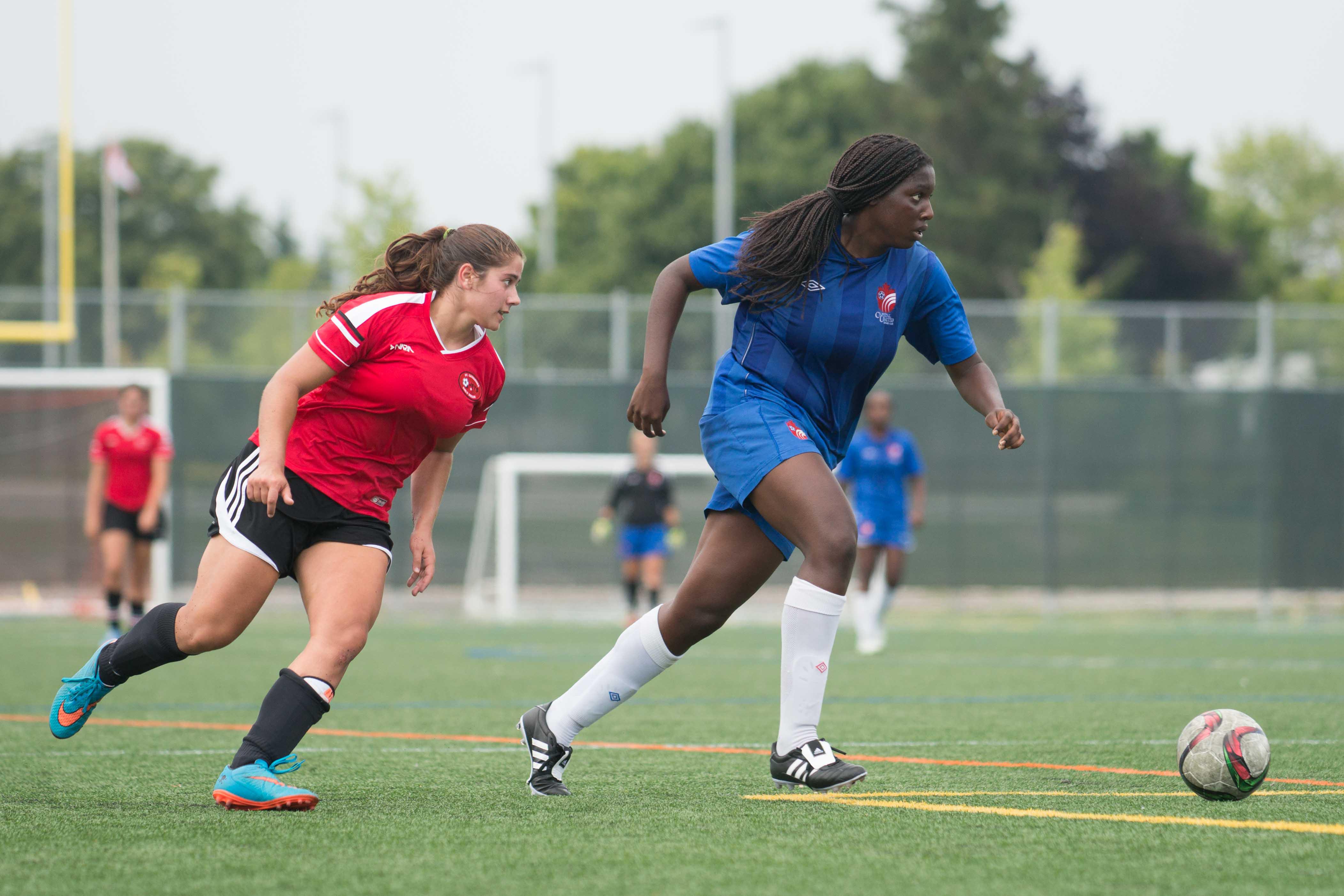 Ottawa Capital United earned a spot in the Ontario Cup U-21 Women's Final with a confident 3-1 win against the St. Catherines Jets.

However, the Jets' Paige Culver responded shortly after with a goal for her team just before half time in the 44th minute.

Danielle Vis of the Jets left the field with an injury at the 67th minute, and Capital United took advantage of this interruption as Arielle Kabangu went on to score their third and final goal in the 71st minute.

Ottawa Capital United will be moving on to play Burlington Bayhawks in Sunday's U-21 Women's Final at Oshawa Civic Stadium, kicking off at 3pm.  It will be broadcasted live tomorrow.