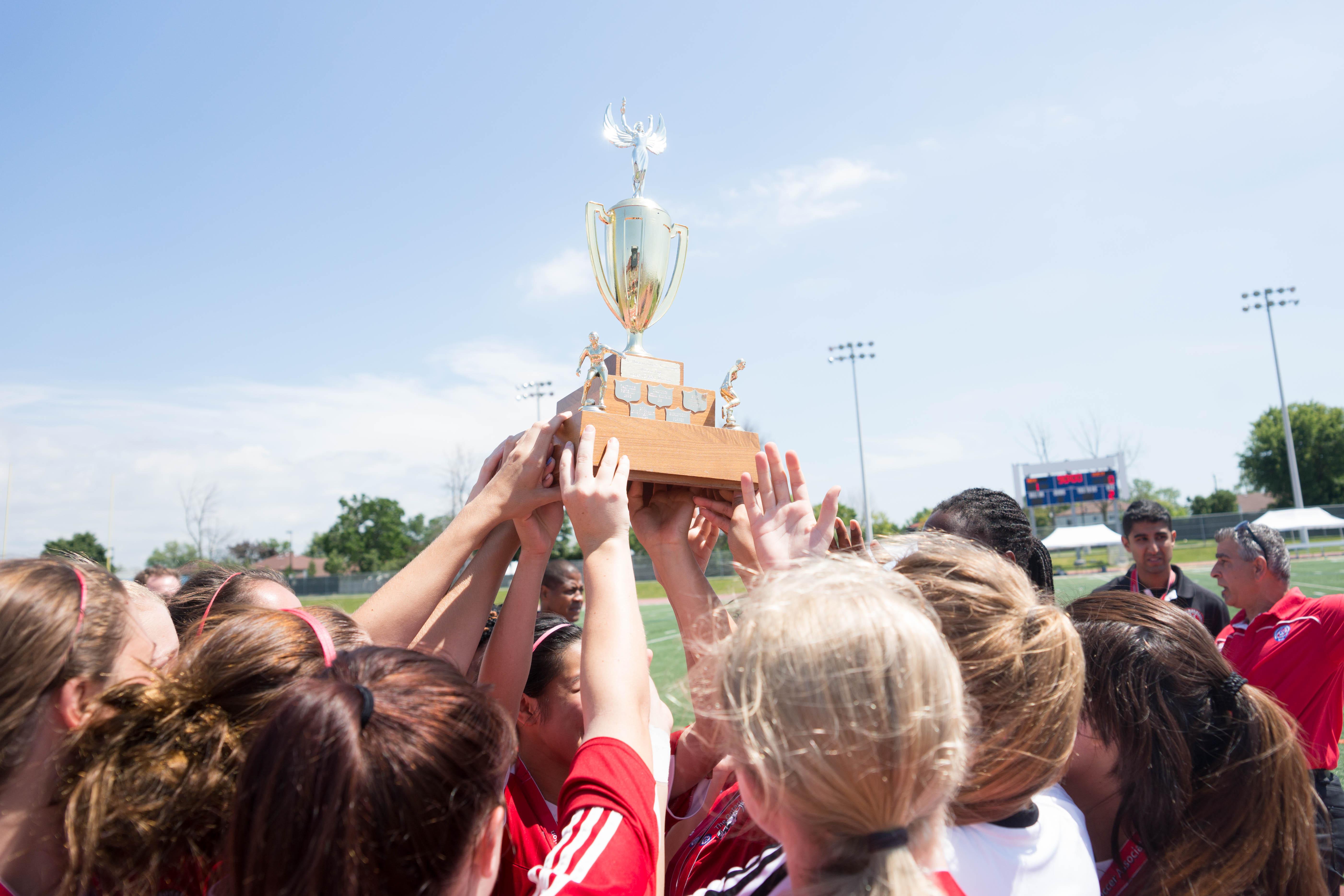 The North Mississauga Panthers took on Waterloo United in the U-18 Girls Ontario Cup final, a day that was once again played under scorching conditions.

With both teams sluggish in the intense heat, it was only Waterloo's Cheyene Sexton who managed to get a chance on net in the early going. She burst past a pair of defenders in the open field to get a solid shot on the Panthers net. North Miss' keeper Rachel Yerxa was there to meet the challenge and kept the score level at 0-0 through the first 25 minutes.

Following a match official instructed water break, due to the intense conditions, North Mississauga began to take control of the match and would be rewarded for their efforts.

Off a deflection, Rosie Kyeame found the ball to fall to her feet from 25 yards out. Kyeame got her knee over the ball and caught Waterloo's goalie off the line, slipping the ball just past her outstretched arms for the first goal.

Play remained deadlocked until the 65th minute when match officials once again called for an official waterbreak due to intense heat. North Misssissauga would again benefit, creating a number of chances following the break but were unable to convert anything for their second goal.

Waterloo would have one of their own chances late in the game as a cross slipped in behind the North Miss defence but it was Yerxa there once again to make the save and preserve their 1-0 lead.

That would be all North Miss needed and they shut it down the rest of the way, capturing the Ontario Cup championship with a 1-0 win.

Highlight of the Game 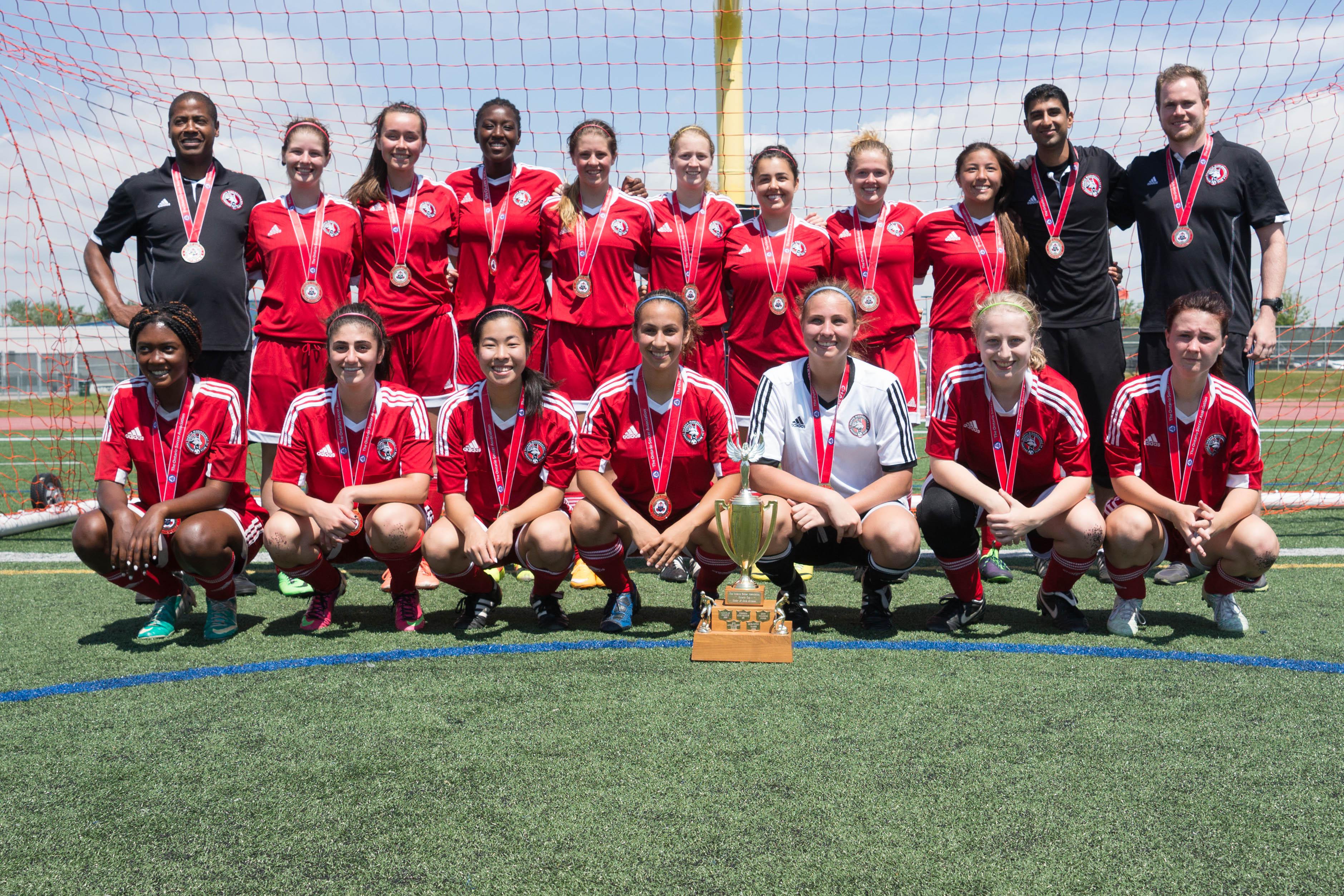