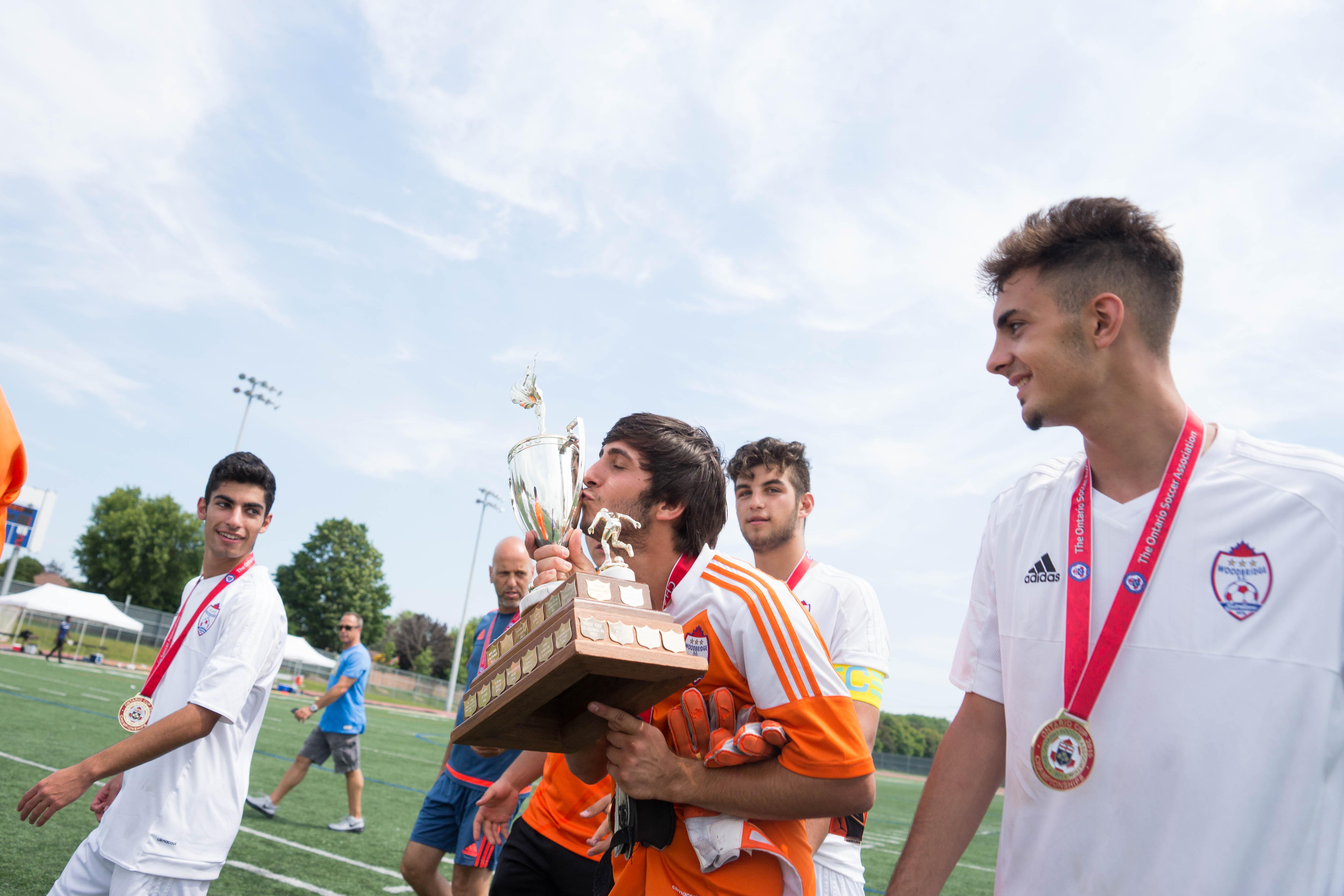 The Woodbridge Strikers and Erin Mills Eagles faced off in the U-18 Boys Ontario Cup final on a day that tested both team's resolve under difficult weather conditions.

Both teams went back and forth with minimal chances until the 26th minute when Erin Mills earned a corner kick. On the ensuing play, the corner deflected off the head of a Woodbridge defender and fell right to the foot of the Erin Mills' David Marcucci. Marcucci beat the Strikers goalie to the ball and gave the Eagles a 1-0 lead.

The intense heat began to take its toll on each squad as chances became few and far between. With noticeably slower play taking hold, the match official called for an official water break at the 36th minute to allow for players to safely rehydrate. With only glancing chances following the restart the half ended 1-0 for Erin Mills.

The second half brought a renewed aggression by Woodbridge who pressed forward trying desperately to equalize. Time and again though, their attack was pushed back by the Eagles' defence, who were content to involve themselves in some crunching tackles.

It took something incredibly special from Woodbridge to break the deadlock. Woodbridge defender Kareem Samuels found himself down the left flank with a pair of defenders surrounding him. Instead of forcing the play, Samuels turned back up field, lofting a cross back into the middle. Andrew Alonzi met the cross in spectacular fashion by converting an overhead volley and tying the game at 1-1.

Shortly thereafter Erin Mills lost their goalie to injury following a collision, Aaron Peters came into net for the Eagles and the game went to penalties.

After saves from both goalies, Woodbridge's David Lombardi sealed it for the Strikers. Woodbridge Strikers claim the U-18 Boys Ontario Cup 4-3 on penalties.

Highlight of the game