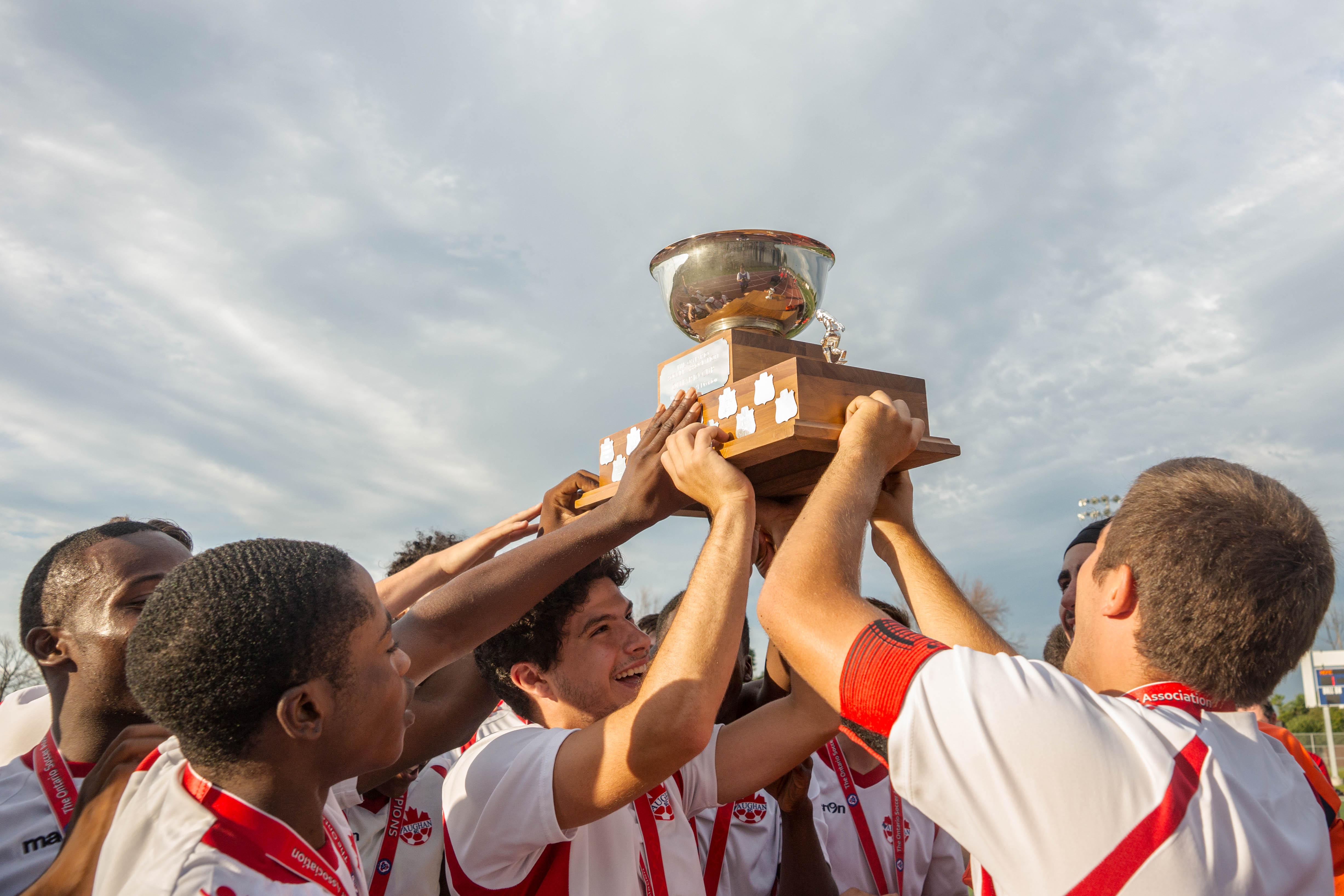 The Etobicoke Energy took on the Vaughan Azzurri in the U-21 Men's Ontario Cup final. Both teams had breezed through their semifinal games respectively but they were in for a much more difficult affair in the fight for the title.

A tight, largely defensive affair, both squads traded half chances in the first 45 minutes but weren't able to produce any real threats.

Dayonn Harris created a chance for Vaughan shortly after the restart. Finding space in an Etobicoke player's blind spot, Harris was in alone on net momentarily. Etobicoke closed the space quickly, which resulted in Harris getting a deflected shot on net but Etobicoke keeper Michael Tiberio was able to steer it away to safety.

Vaughan would begin to open the game up a bit with an offensive press in the final 30 minutes. It resulted in a pair of corner kicks where they tried to work something that was clearly from the training ground. On the first attempt, the play went for not. On the second attempt, their short corner found the head of Kamal Miller who made no mistake with his chance and buried it in the back of the net, giving Vaughan a 1-0 lead in the 60th minute.

Vaughan would again return to its defensive shell and shutdown Etobicoke the rest of the way, capturing the U-21 Men's Ontario Cup by a score of 1-0 and repeating as champions. 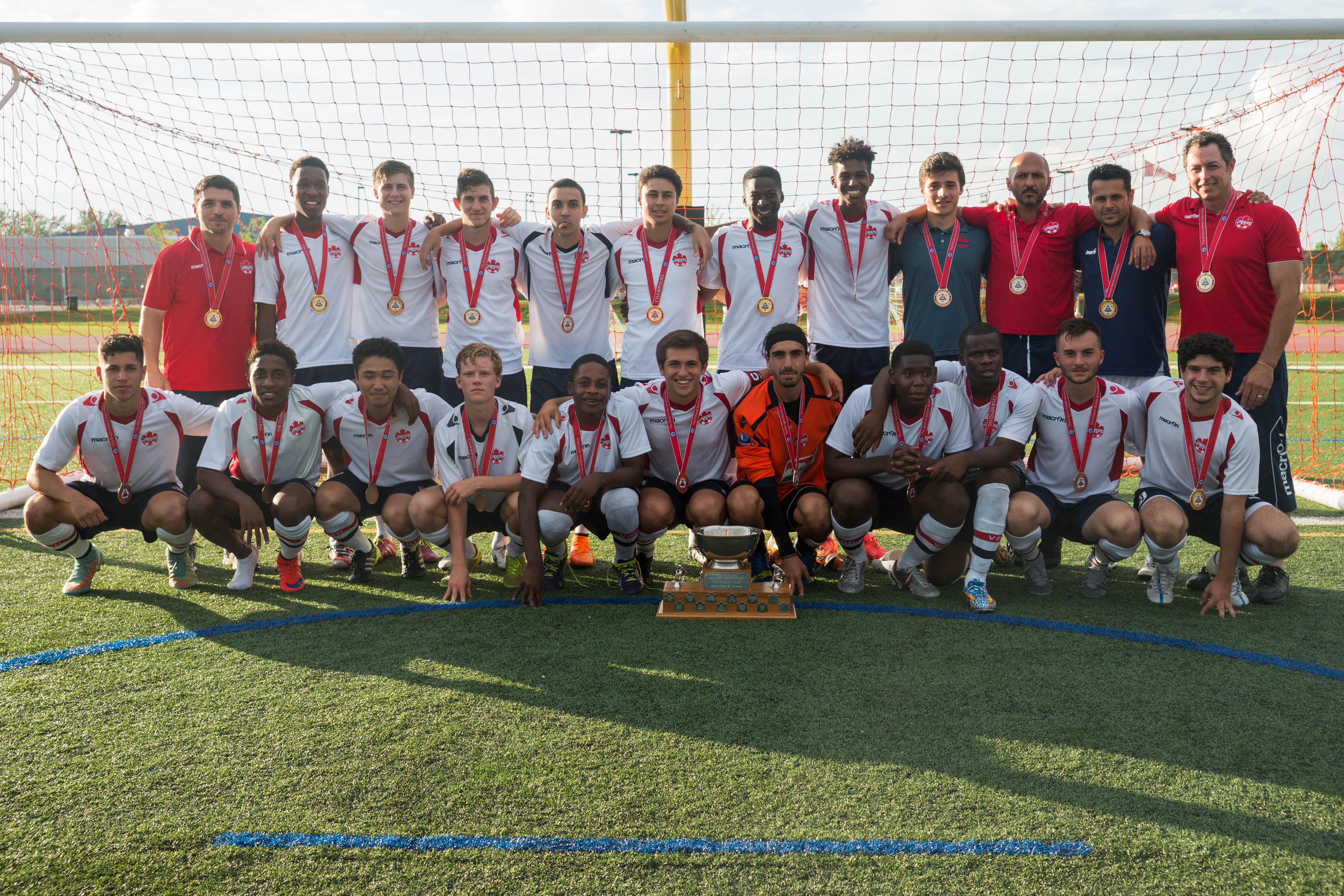 Championship photo. Click here for more photos from the final.