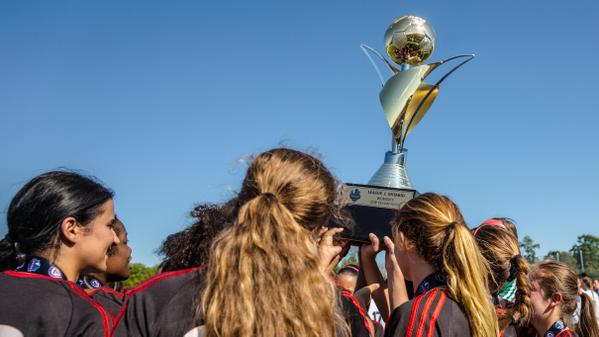 The North Mississauga Panthers and the Vaughan Azzurri put on a showcase for some of the best soccer in Ontario at the League1 Ontario Women's L1O Cup on Sunday, hosted at the Ontario Soccer Centre in Vaughan.

The Vaughan Azzurri had advanced to the final by defeating the Woodbridge Strikers in a semi-final thriller. They downed the Strikers 5-4 on penalties.

North Mississauga did their part to reach the final by downing Durham United in a tidy 2-0 win.

And on this day, the two showed why they were in the position they were in by putting on a hard fought battle that saw the Panthers eek out a narrow 2-1 victory.

After a scoreless first half, Jivan Yacou opened the scoring in the 47th minute for North Mississauga with a curling right footed shot from the top of the box.

Krita Cellucci added to the North Miss lead in the 59th minute when she turned her defender and drove her shot into the upper part of the Vaughan net.

Vaughan would draw a goal back in the 70th minute when Nicole Lyon converted a penalty from the spot to make it 2-1 North Miss.

The Panthers would close the door the rest of the way though, capturing the 2015 League1 Ontario L1O Women's Cup. 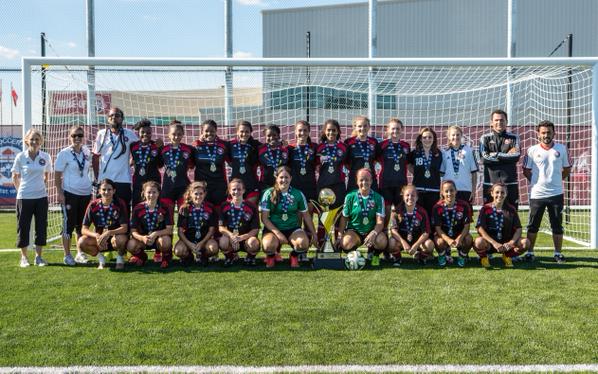