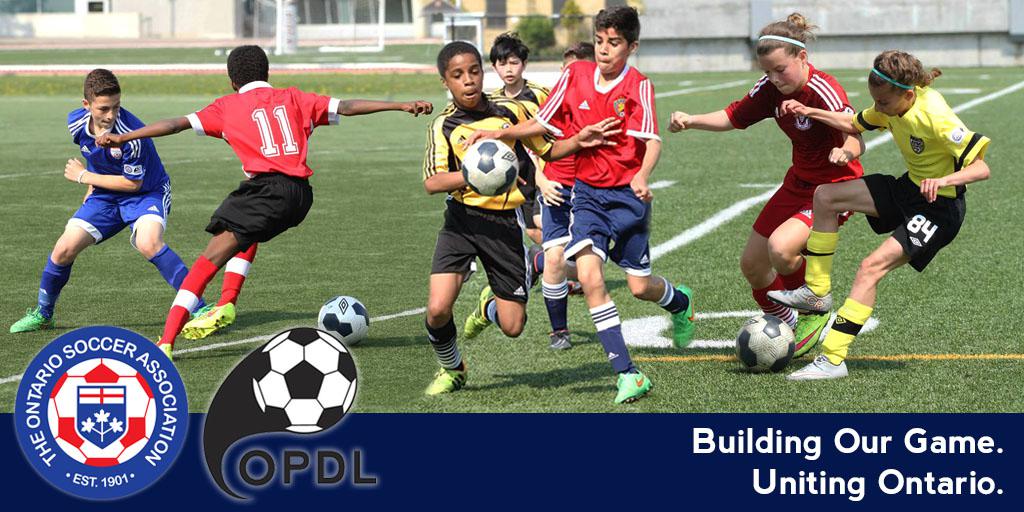 The Ontario Soccer Association named the new member organizations in the 2016-2017 Ontario Player Development League seasons during a launch event at the Soccer Centre today.

These four license holders were selected to run a U13 boys and girls team in 2016 and add U14 teams the following season. The additional members join 16 current OPDL licensees who are in their second season.

""Meeting the criteria required for a standards-based league such as the OPDL is a difficult task," said OSA President Ron Smale. "I want to recognize all those who went through the process and congratulate those selected. These four organizations will help us build an even stronger and more competitive environment for our finest young male and female players in the province."

"The OPDL is such a critical piece of the Talented Pathway, and these four organizations have been charged with tremendous responsibility for making our best players even better," OSA Technical Director Gary Miller said. "At the OSA we are here to support them and provide the highest standard of development opportunities for players, coaches and referees involved in OPDL."

Programs were evaluated by the OPDL Assessment and Selection Committee on standards based criteria, including technical and organizational capabilities.

The 2016 OPDL season will kick off in May and runs through November.

About the Ontario Soccer Association:

Founded in 1901, the Ontario Soccer Association (OSA) is the largest provincial sports organization in Canada. Its members include more than 650 clubs, servicing over 24,000 teams, with 380,000 registered players, 70,000 coaches and managers, and 10,000 referees. The OSA develops and delivers sustainable and excellent programs and services throughout Ontario with the mission of providing leadership and support for the advancement of soccer in collaboration and cooperation with our membership, partners, and other stakeholders.