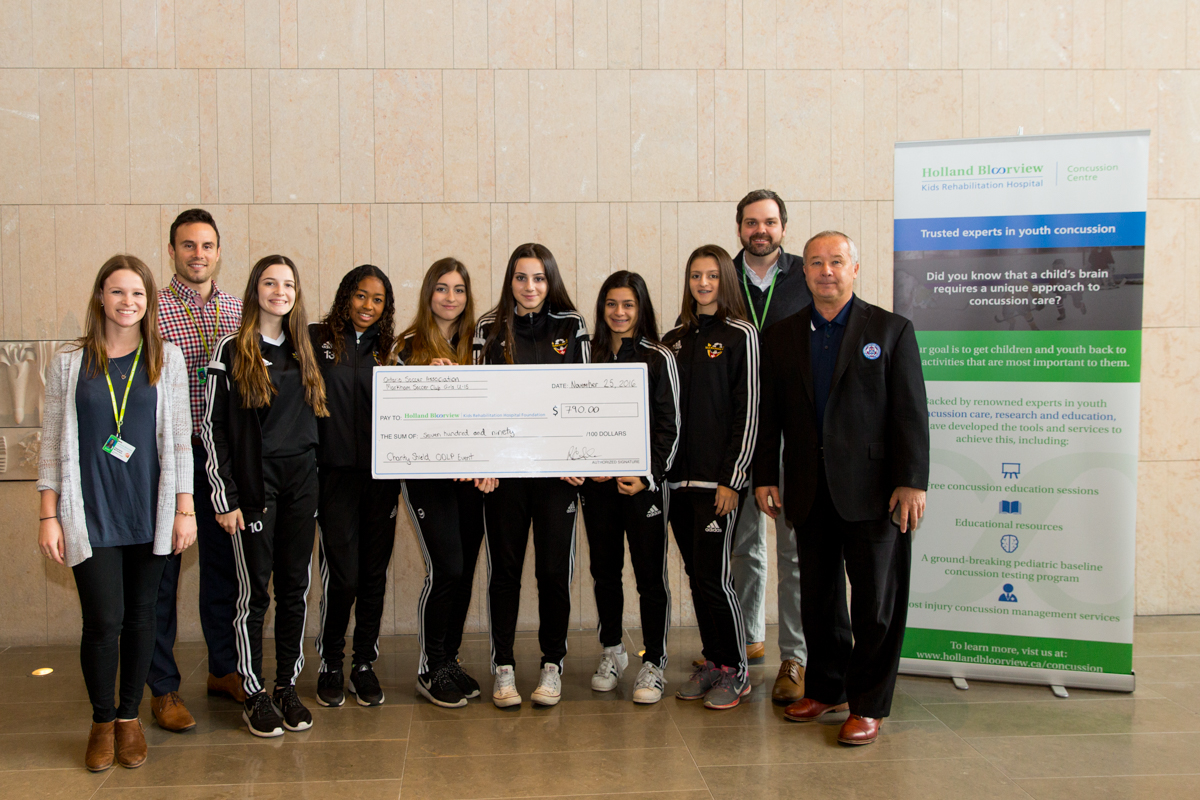 The Markham SC U-15 Girls, the OPDL Charity Shield winner, presented their charity of choice, the Holland Bloorview Kids Rehabilitation Hospital, with a cheque today.

Every dollar raised at the OPDL Charity Shield will be donated to Ontario charities, as chosen by the winning teams in each match.

On the day, over $2,900 was raised and that money will be given evenly to Sick Kids Hospital (Vaughan U-14 and U-15 Boys), Breast Cancer Foundation (Ottawa South United U-14 Girls) and Holland Bloorview Concussion Centre (Markham SC U-15 Girls).

The OPDL Charity Shield features the champions from the east and west U-14 and U-15 boys and girls divisions, who take on one another, in a one game winner-take-all.