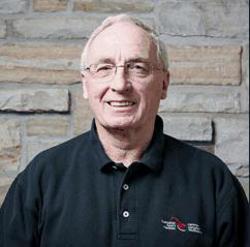 The OSA has added another interesting name to its ever growing roster of attendees at the 2015 Soccer Development Conference.

Dr. Colin Higgs is Professor Emeritus in the School of Human Kinetics at Memorial University of Newfoundland, and member of the Canadian Sport for Life Leadership Team. Dr Higgs works extensively in developing countries and has published and presented widely on Long-Term Athlete Development, sport bio mechanics, and social development through sport.

His research interests include bio mechanics of sport for persons with a disability, theory of classification systems in disability sport and the use of sport as a tool in international development.

Canadian FIFA referees Carol Anne Chenard and Joe Fletcher have confirmed their attendance as presenters for in classroom sessions and as guest speakers for the Conference.

Vanessa Martínez Lagunas, who is a FIFA Women’s Soccer Instructor, UEFA/DFB Pro License and NSCAA Premier Diploma holder and former player of the Mexico WNT has previously confirmed her attendance.

She has coaching experience at several levels of the game in Germany, Mexico and the United States in addition to being a featured clinician at the 2012/13 NSCAA Conventions. She is the current Head Coach at the University of Manitoba and is only one of 30 Female Pro License holders in the world.

More details including clinicians, prices and special events will be released in the coming months.