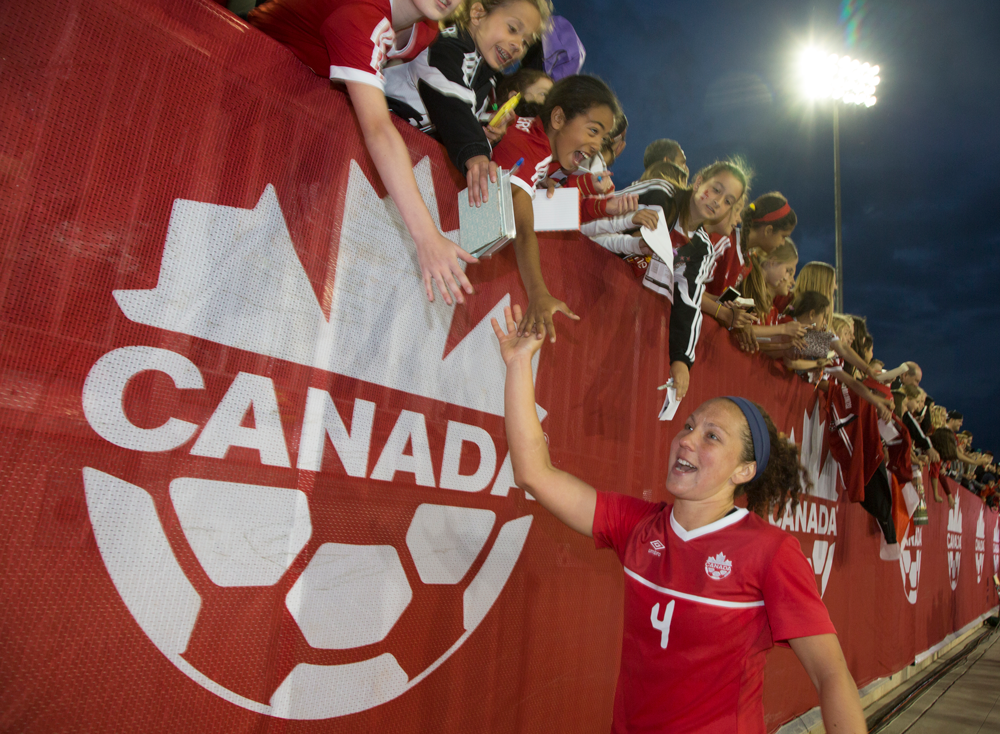 The OSA's Female Coach Mentorship Program helped to make history for a good cause on Friday night at the friendly match between the Canadian Women's National Team and England.

UNICEF Canada, in partnership with Soccer Canada and the Government of Canada, launched its #HighFiveIt to save a life campaign at halftime, by setting a Guinness World Record for the largest number of simultaneous high fives. Female coaches from the OSA volunteered among the official counters, tallying 7,238 fans who participated, crushing the previous record of 4,696 set in April 2013 in the United States. UNICEF Canada Ambassador Karina Leblanc and her Canadian Women's National teammates supported the crowd in setting the record.

#HighFiveIt is a campaign to help stop preventable child deaths. UNICEF is encouraging people around the world to join the #HighFiveIt movement to help save kids' lives by making a $5 donation when they capture a high-five photo or video, post it on social media and tag five friends. All Canadian donations to #HighFiveIt, up to $1 million, will be matched by the Government of Canada.The #HighFiveIt Campaign will run throughout June as the CWNT competes in the FIFA Women's World Cup Canada 2015™.

For more information or to donate visit Unicef.ca.

Following the kickoff of the campaign, Burlington Youth Soccer Club (BYSC) held its own #HighFiveIt event with former Canadian Women's National team player Melanie Booth. BYSC made a donation to UNICEF and challenged other clubs around the province to follow their lead.