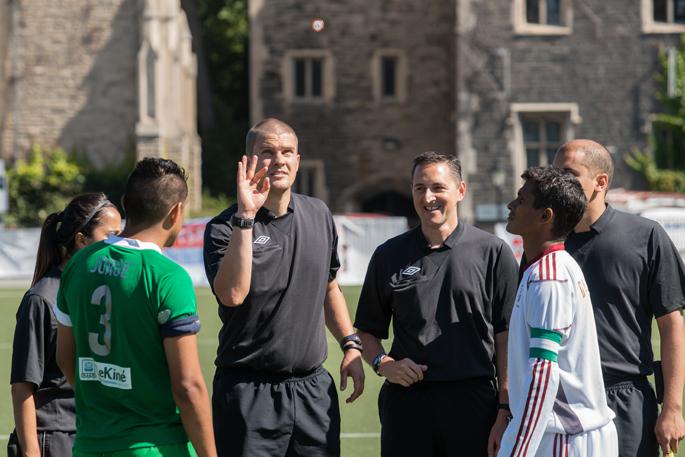 Six OSA Referees got some exciting news this week when it was confirmed by the Cerebral Palsy International Sport and Recreation Association (CPISRA) that they have been requested to officiate at the 2015 Para Pan American Games in Toronto.

This won’t be the first time they’ve worked with this group of athletes having officiated with three overseas Match Officials at the recent America Cup also held in Toronto.

The America Cup was a TO2015 recognized test event held at the new Pan Am Games Fields in downtown Toronto and six Ontario based Match officials were selected for this role.

Following a review from the technical delegation attending the America Cup it was felt that this same group of Officials should be invited back to officiate at the Para Pan Am’s.

Specific reference was made to the professionalism and authority with which the local officials managed the game including some passionate touchline behaviour from the Coaches.

Canada will be represented in the 7-a-side soccer event being held August 7-16th as part of the Para Pan American Games. Tickets for this event will go on sale early next year.