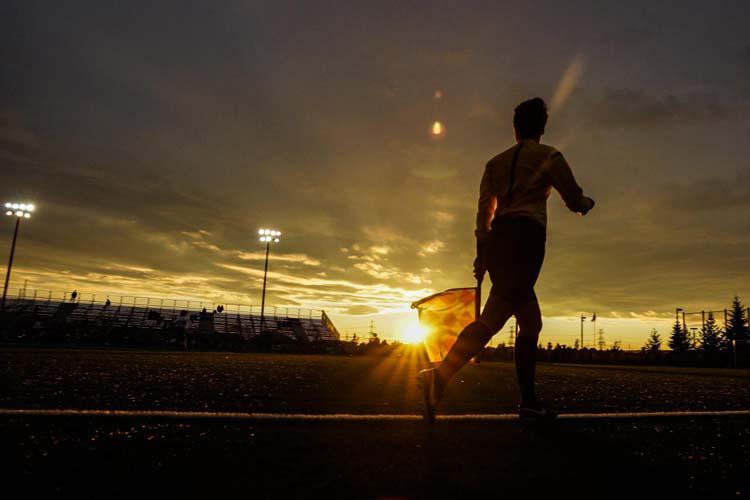 The Ontario Soccer Association, as part of their new partnership agreement with Toronto FC, is proud to announce a Match Officials Awards pilot project for 2016.

The Match Officials Appreciation Day is an event that will acknowledge and award Match Officials across the Province in a group setting at a home Toronto FC Game on October 1, 2016.

There will be 21 District Spirit of the Game Awards and five Provincial Awards.

The 21 District Award winners must be nominated by their District Association (through an online process to be launched July 15) and the following criteria are suggested:

No age/grade restriction – must be a District or Club level referee (grades 1 to 8).
• Reliability and dependability
• Role model – leads by example
• Demonstrates a willingness to continue the learning process
• Gives back to the referee community as a whole
• Volunteers/Mentors
• Love-of-the-game attitude

In the Provincial Awards category:

The Leadership Award (League1 Ontario) which is nominated by the league recognizes those who lead by example, give back to developing officials and are willing to work with assignors and the league.

The Development Award (OPDL) which is nominated by the league recognizes those who embraced the opportunity, understands the development pathway OPDL offers and respects the OPDL philosophy.

The Michael Bremer Ambassador Award which is nominated by an official’s peers is for an individual who exemplifies friendship, willingness to help others, and is able to resolve issues & differences in an amicable manner.
An ambassador does not have to be a match official but could be an assessor, instructor, mentor, club administrator or association leader.

The Carol Anne Chenard Contributor Award which is nominated by an official’s peers is for an individual who exemplifies an outstanding contribution to soccer. Through the donation of their time and talents, this recipient has made a difference in the lives of their fellow officials and in the health and vibrancy of the soccer community by willingly giving back, projecting a leadership image and embracing the community. A contributor does not have to be a match official but could be an assessor, instructor, mentor, club administrator, association leader.

The Club Development Award which is nominated by Districts/Clubs and is awarded to a club that exemplifies outstanding contribution to the development of match officials in Ontario, mentors and supports match officials, follows OSA policy and protocols.

Award recipients are responsible for their costs to attend this pilot event. If an award winner declines invitation to the event, the OSA will send the award to the District and have a District representative present the award. The OSA will require a photo of presentation for web and social media promotion. The winner will still be acknowledged at the event and the OSA will list them in any web and media items.

If you have any questions, please contact the Match Officials Development Department.