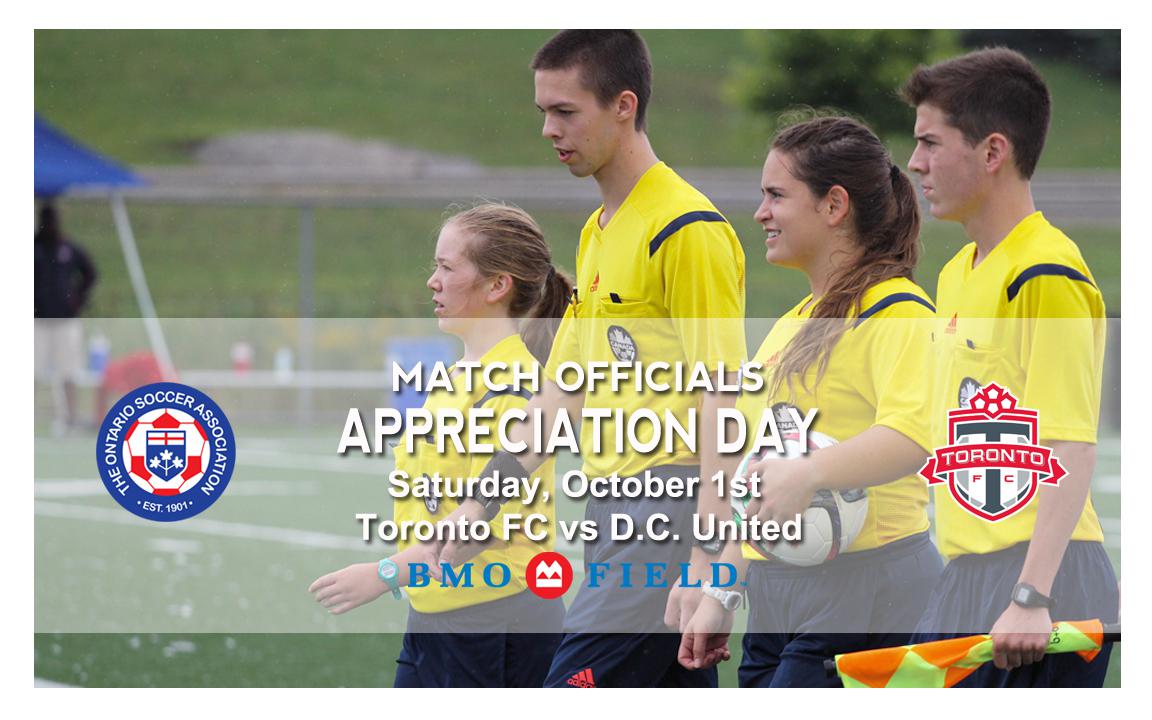 The Ontario Soccer Association, in partnership with Toronto FC, is proud to announce that the nominations process for the Match Officials Appreciation Day is now open to the public. Nominations will close Sept. 1.

This event will acknowledge and award Match Officials from across the province at a Toronto FC Game on October 1, 2016.

The OSA is pleased to work with Toronto FC and the Toronto Soccer Referee Association by expanding on their Match Officials Day initiative, which debuted in 2015 and successfully raised funds to purchase defibrillators for soccer fields. As per the previous Bulletin on this subject this nomination and selection process is a pilot project in 2016.

All tickets sales to the game and event will include a percentage donated to raising money to purchase defibrillators at soccer fields.

Each District that nominates a District Spirit of the Game Award Winner will be placed in a draw for a free defibrillator for their district.

For more on the individual awards, nomination process and event schedule please visit the OSA website.

If you have any additional questions, please contact Nicky Pearson.