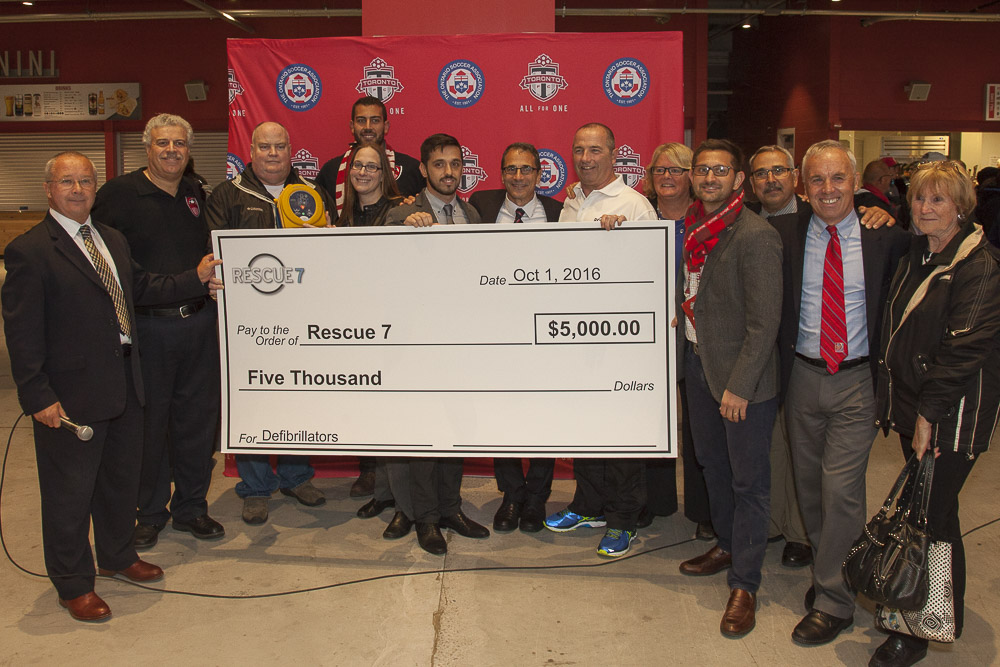 The Ontario Soccer Association (OSA), in partnership with Toronto FC, presented 18 District Spirit of the Game Awards, as well five Provincial awards to match officials on Saturday, to those who had gone above and beyond in their duties.

The awards, presented at BMO Field as part of Match Official Appreciation Day at the Toronto FC game, were an expansion of a Toronto Soccer Referee Association initiative, which debuted in 2015 and successfully raised funds to purchase defibrillators for soccer fields.

Tickets to this year’s event raised $5,000, which once again will be used to purchase life-saving defibrillators that will be placed at select soccer fields.

“I’m very proud of our match official’s community for coming together for an event like this and supporting one another,” said Nicky Pearson, OSA Manager of Match Official Development. “The winners here today are a reflection of their own hard work as well as the clubs, districts and regions that support their development.”

The event, which put a spotlight on the province’s best officials, is one that will continue to grow and expand in the years ahead.

“It’s important for our province to honour and recognize the hard work that our match officials put into the game in Ontario,” said Johnny Misley, Executive Director of the Ontario Soccer Association. “These officials have been terrific servants of our game and we’re proud to recognize their achievements.”

See all the photos from the event