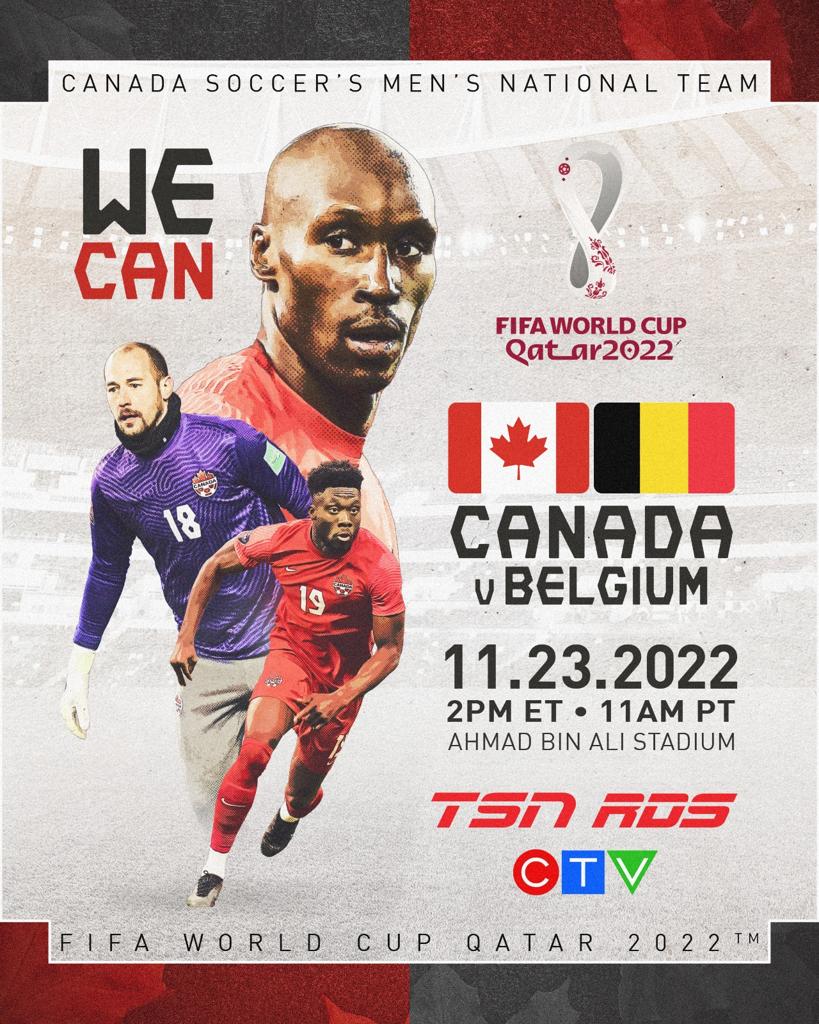 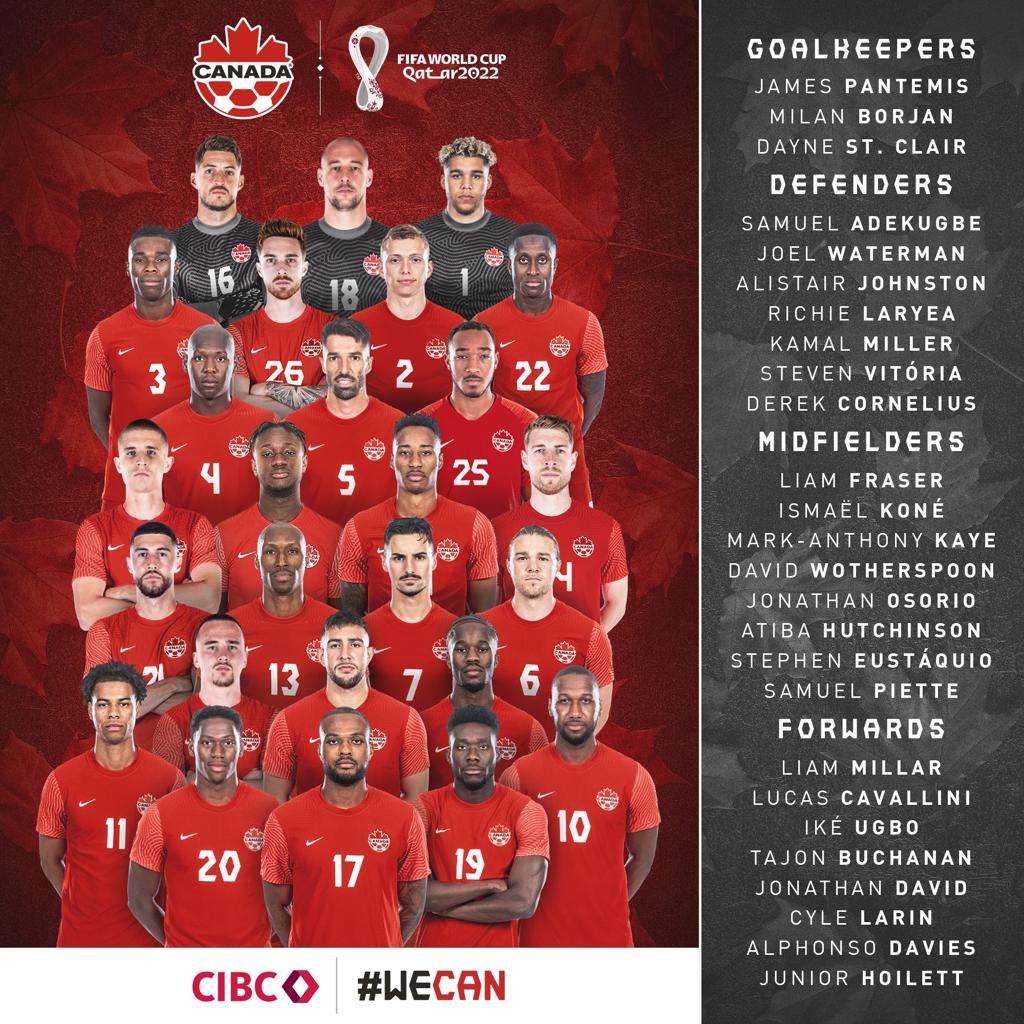 Canada Soccer have announced the official squad that will represent the nation at the FIFA World Cup Qatar 2022™.

Canada's squad of 26 will feature 19 players with ties to Ontario, including some notable names like starting goalkeeper Milan Borjan (Hamilton, ON), Tajon Buchanan (Brampton, ON), Stephen Estáqiuo (Leamington, ON), and star striker Jonathan David (Ottawa, ON).

Canada faces a tough test in group play after being drawn in to Group F with Belgium, Croatia, and Morocco.

Canada's first match at the FIFA World Cup Qatar 2022™ kicks off on Wednesday, November 23 at 2pm ET against Belgium.

Canada will then face Croatia on Sunday, November 27 at 11am ET, before closing out group play against Morocco on Thursday, December 1 at 10am ET.

Ontario Soccer wishes the best of luck to the Canadian Men's National Team, as our province, and the whole nation, will be cheering you on!