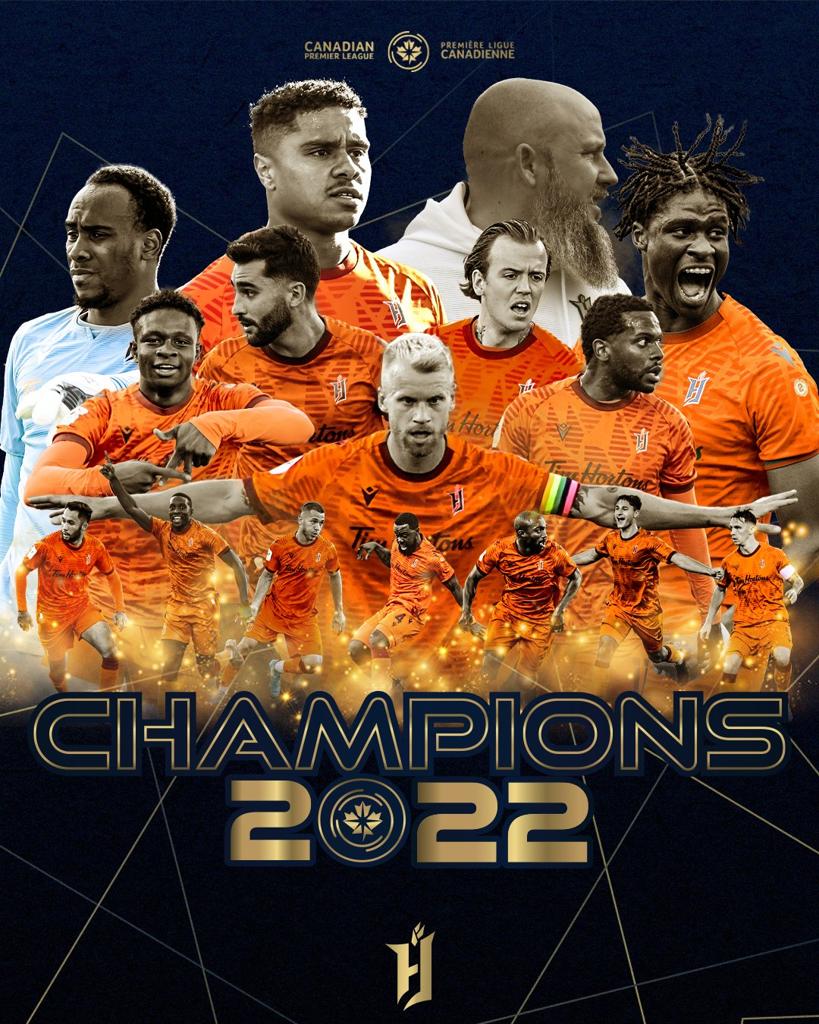 Some will use the word dynasty. Hard to argue now that Forge FC have won their third Canadian Premier League title in the last four seasons.

Forge FC lifted their third North Star Shield, at TD Place in Ottawa, after a 2-0 victory over Atlético Ottawa in the 2022 Canadian Premier League final.

For the second straight final, Alessandro Hojabrpour opened the scoring from a header, before David Choinière doubled the lead late in the second half. Both players have now scored twice in Canadian Premier League finals.

It was a tough end for a very impressive season from Atlético Ottawa, who were last place in the Canadian Premier League last season, while this year finishing atop the CPL table through the regular season.

Despite an excellent crowd in the nation’s capital, Ottawa was unable to become the first CPL side to lift the trophy in front of their home fans.

The CPL and it's three Ontario based member clubs - Forge FC, Atlético Ottawa, and York United - are proud partners of Ontario Soccer, and co-presenting partners of the OPDL.

Ontario Soccer would like to congratulate Forge FC, the 2022 CPL Champions from Hamilton, Ontario.