It was yet another tightly contested matchup in the third game of the 2022 Gary Miller Charity Shield, where Markham FC met London Whitecaps in the Girls U17 Finals.

Also similar to the first two games of the day, the action got off to a fast start.

In the third minute, London opened the scoring when forward Maria Saavedra chased down a chipped through ball that should have been dealt with easily, instead was allowed to bounce around allowing Saavedra to push her way through to the ball and score.

Markhma almost replied just four minutes later when a headed ball from a corner kick was hit just over the crossbar.

Markham did get their opening goal in the 19th minute off a free kick that was crossed to Madison Mariani at the far post - who headed the ball in.

Markham then doubled their lead in the 27th minute when a nice move down the right flank ended with a measured cross straight to forward Vita Naihin - who volleyed the ball in.

Down 2-1 after leading 1-0, London switched their tactics and started to push more bodies forward. They had several good chances, the best of which came in the 59th minute when Sophia Lezizidis drove into the box and was fouled to award London a penalty kick.

It was Lezizidis who took the ensuing spot kick, but put the ball just over the crossbar as she aimed for the top left corner.

London would continue to push into the later stages of the match, but Markham held on to the slim 2-1 lead to give them the 2022 Gary Miller Charity Shield. 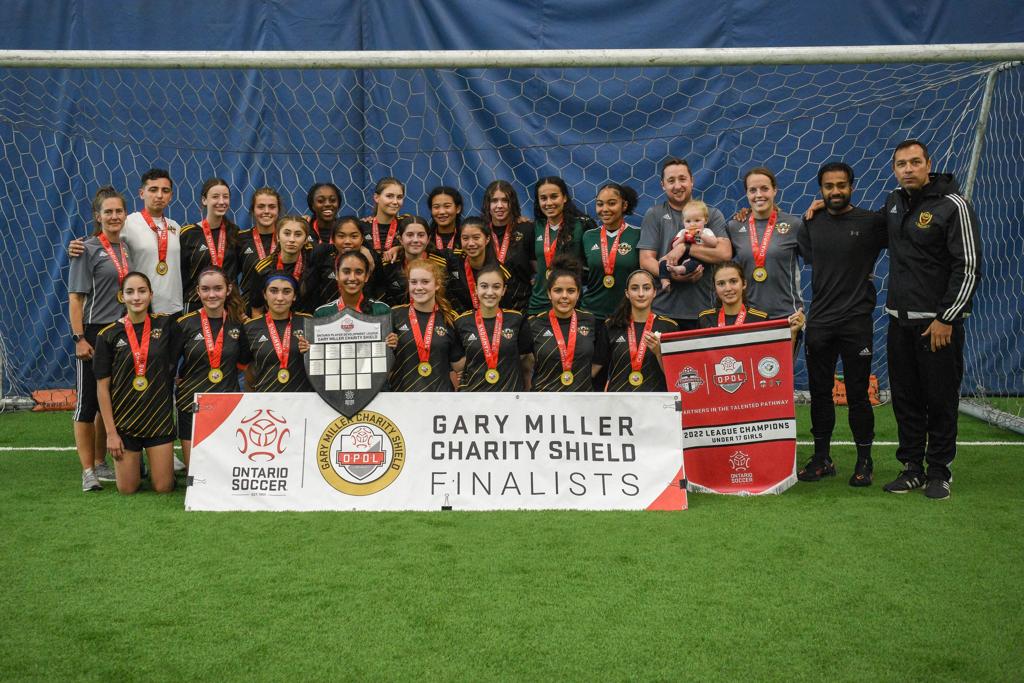