It was another exciting, tightly contested Finals in the second game of the 2022 Gary Miller Charity Shield, which saw Ottawa South United take on Brampton Soccer Club in the Girls U14 division.

The action started right away in what would prove to be a high octane Finals.

In the second minute, a sloppy turnover in the Brampton final third and goalkeeping mistake by keeper Navreet Brar lead to the opening goal for OSU as Brar fumbled a weak, looping shot from OSU forward Mya Angus, back behind her into the net.

Seven minutes later, Brampton capitalized on a mistake by the OSU defenders to equalize the game at 1-1. OSU defenders were passing the ball through the six yard box not seeing Brampton’s Niyah Noel-Gordon in the area, who pounced on a loose pass and scored.

In the 17th, Brampton capitalized on another OSU mistake when Gabriel Istocki pounced on a loose ball after OSU defenders whiffed on clearing a free kick cross.

Now down 2-1, OSU fought back and equalized in the 25th minute with a great goal from midfielder Cindy Yang, who struck a ball beautifully from 20 yards out past Brar.

The action and goals would continue in the second half.

It was OSU who would once again strike first to start the half. In the 58th minute, an OSU free kick would fall to Naomi Lofhouse, who fired the ball in, to give OSU the 3-2 lead.

In the 63rd minute, Brampton nearly replied when a corner kick bounced around the box and fell to Noel-Gordon who would have scored if not for a great sliding tackle by defender Danielle Chukwu.

The save would prove quite costly for Brampton as OSU would double their lead a few moments later in the 69th when Angus would double her scoring tally as she struck a free kick near the corner flag, that looped over Brar, who likely was no expecting a shot, given where the ball was located.

The game was seemingly over with a score of 4-2 heading into extra time, but Brampton kept fighting.

One minute into extra time, Brampton scored on a free kick, but the player was deemed just offside. Six minutes later, Brampton did get their third goal to bring them within one.

Brampton continued to push, but ultimately they ran out of time and OSU was able to hold on for the 4-3 victory to capture the Girls U14 Gary Miller Charity Shield. 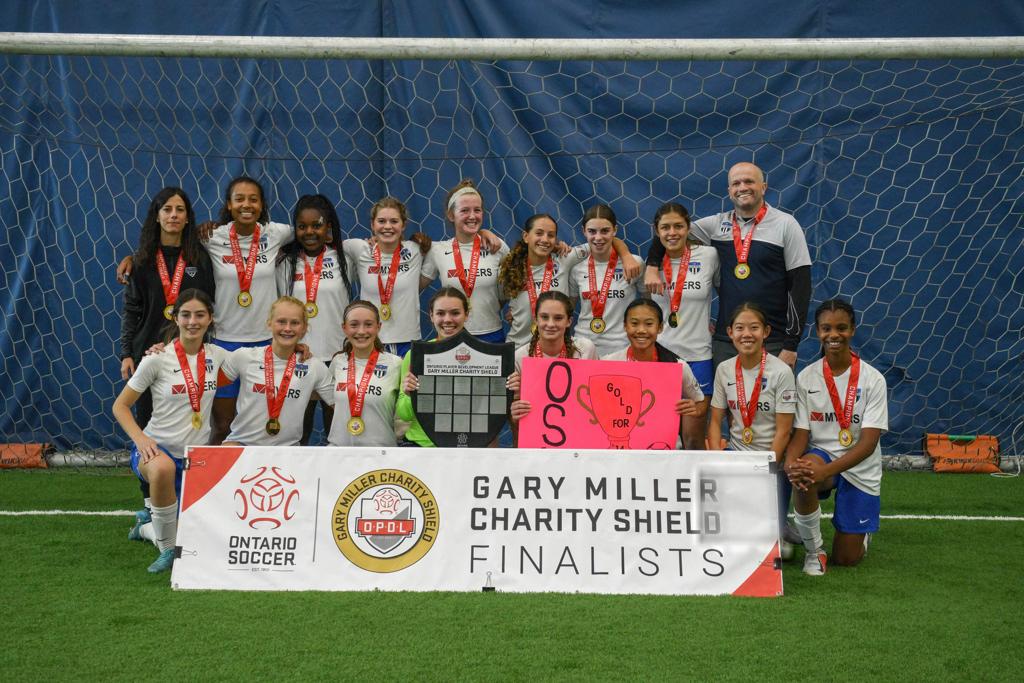