It was an end-to-end, back-and-forth affair in the opening match of the 2022 Gary Miller Charity Shield Finals with Vaughan Soccer Club meeting Sigma Football Club in the Boys U15 Finals at the Ontario Soccer Centre indoor field on Saturday morning.

Despite a plethora of chances in the first half, the opening goal didn’t come until the 54th minute when Vaughan forward Caillen Dragnea beautifully chipped the Sigma keeper to give Vaughan the 1-0 lead.

Sigma nearly replied moments later when a strong cross into the six yard box was nearly deflected in for an own goal, but instead, went just over the net.

The next big chance fell to Vaughn in the 60th minute when a broken play lead to a two on one break away. Forward Sam Tegbaru drove into the box and decided to keep it and fire a shot towards the near post but it was a rather tamed effort in the end as the goalie made a fairly comfortable save.

In the 72nd minute, Vaughan succeeded in netting their second goal to give them a commanding 2-0 lead with only seven minutes left in the match. The goal once again, came at the hand of Dragnea (or foot in the case of soccer), who once chipped the goalie. Only this time, the chip was too soft and so he had to follow the ball and beat the defender to it to get the ball over the line with a second kick.

With the game seemingly over, Sigma did not lay down.

In the 75th minute, a long range shot almost beat the Vaughan keeper but it was tipped just over the net. Three minutes later, Sigma finally go their break through to give them a chance. It was Sigma forward Zayne Bruno who took advantage of a bit of lack of concentration in the back that gave him a clear breakaway, which he calmly dispatched to bring the score to 2-1 with two minutes left.

On the ensuing kickoff, Sigma nearly broke in again in similar fashion but Vaughan’s keeper made a great effort coming out of his net to make the save. On the ensuing play following that chance, Vaughan had numbers going the other way with Sigma pushing for the equalizer, and Dragnea was able to complete his hat trick after tapping in a well measured cross. 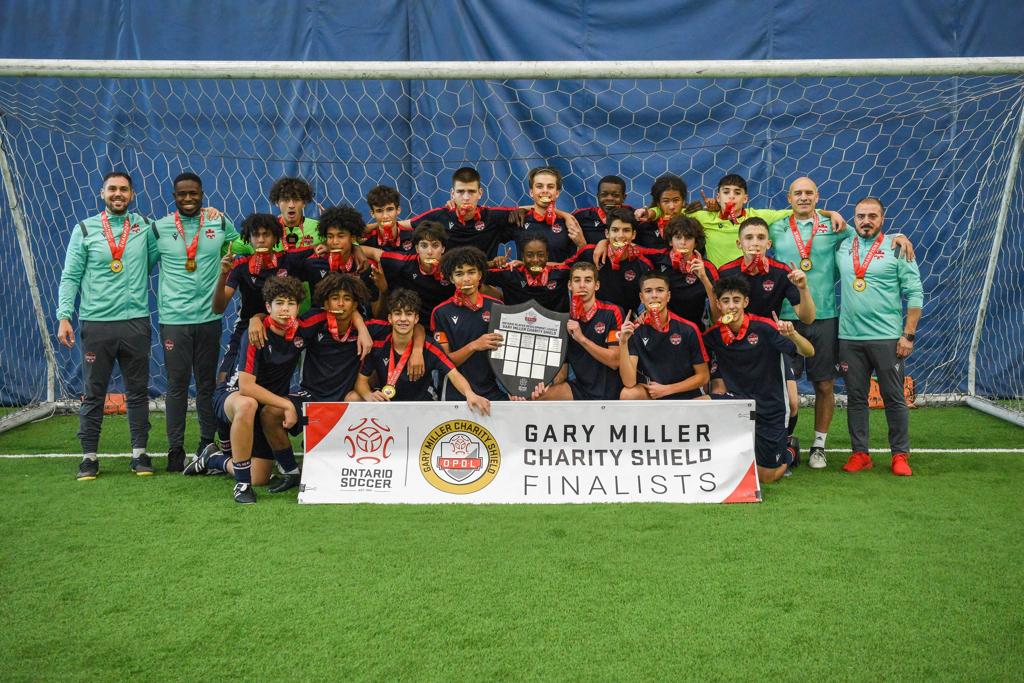