In the last game of the 2022 MilkUP Ontario Cup, the Petawawa Falcons faced off against the Barrie Spirit in the Girls U16 District Finals on Sunday afternoon.

It was a pretty even keeled gamed, but Barrie grew stronger as the game went on.

The opener came in the 20th minute as Barrie forward, Lindsay Stephens, was sent on a break away and finished past Petawawa keeper, Sabrina Aubry. The first half would end 1-0 Barrie.

In the second half, Barrie came out stronger and in the fourth minute, Charlotte Dewsnap sent in a great cross from deep, which pinballed around the box, eventually falling to Montana MacNeil, who struck the ball off the inside of the left post and in.

In the 68th minute Barrie added a third goal when Olivia Connelly side footed a cross into the net, to give Barrie a commanding 3-0 lead.

The 3-0 score line would stand until the end, making the Barrie Spirit the 2022 MilkUP Ontario Cup Champions in the Girls U16 District division. 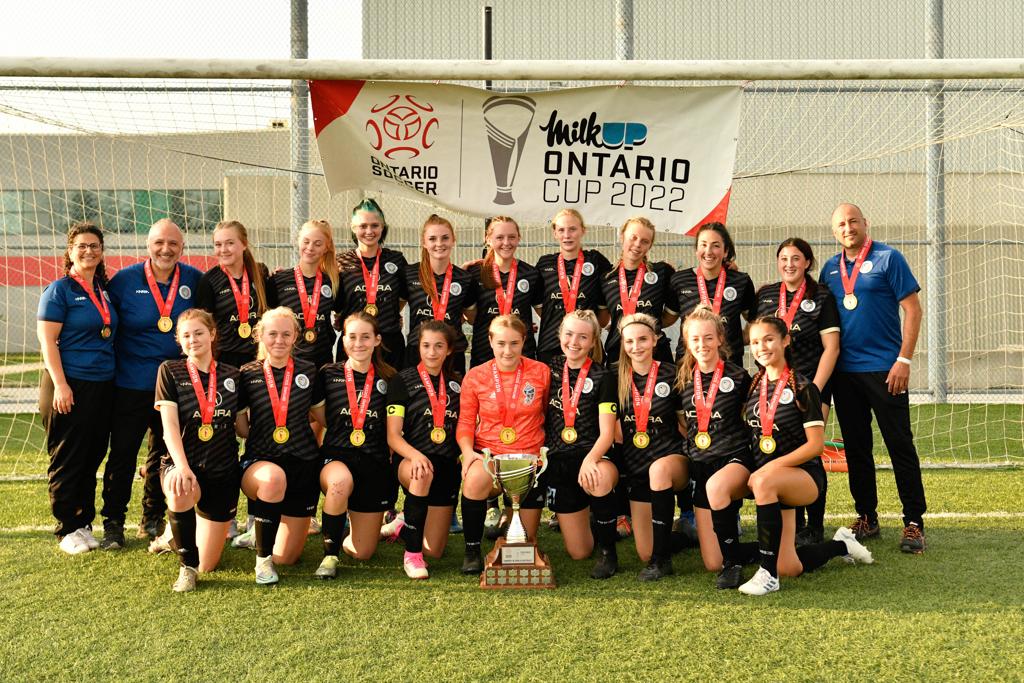