It was another victory for London Alliance at the MilkUP Ontario Cup Finals, who met Glen Shields Juventus FC in the Girls U14 division on Sunday morning.

It was a dominant performance for Alliance who were constantly in the Glen Shields final third, putting their defence under pressure and creating chances.

London’s first goal came in the tenth minute from a corner kick that was flicked in at the near post by forward, Bella Martins.

Glen Shields responded in 16th minute with the tying 1-1 goal, but ultimately they failed to create enough chances and finish the ones they did get

In the 19th minute, London retook the lead thanks a second goal from Martins, who pounced on rebound in the six-yard box.

In the 28th, London added their third. It was a simple clearance forward that forward Avery McConnell got to first and finished on a break away. The half would end 3-1.

London and McConnell picked up right where they left off in the second half, as McConnell score only a few second into the half on a break away.

London added their fifth in the 75th and Glen Shields would score one in extra time to bring the final score to 5-2.

With the win, London Alliance captured their fourth MilkUP Ontario Cup Championship this year, having won the U15 Girls, Women’s and U13 Boys divisions throughout the Finals. 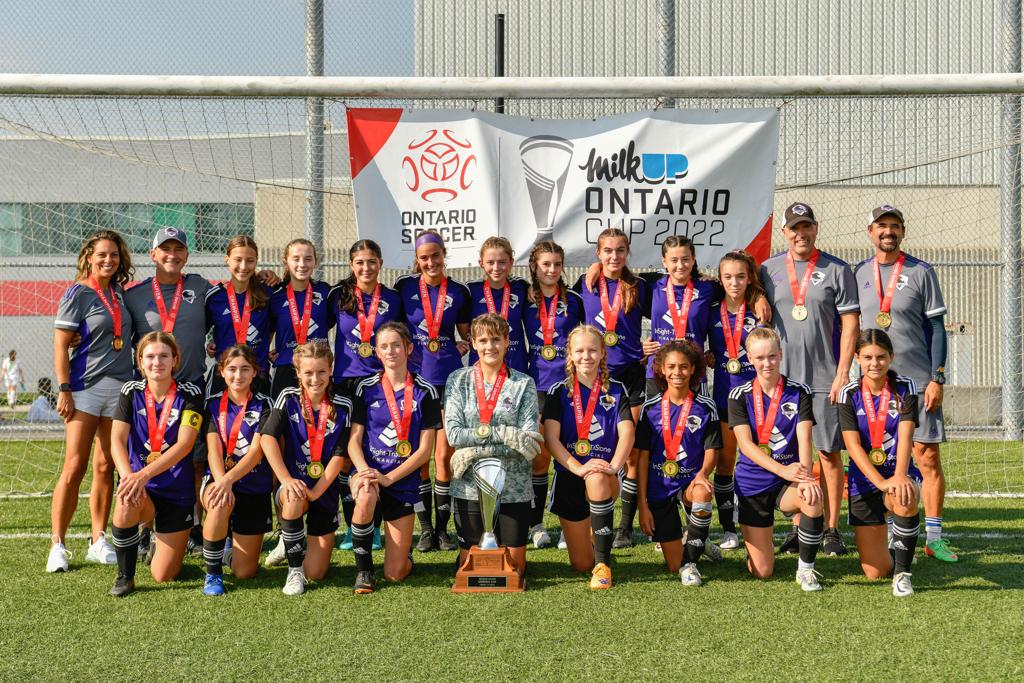