It was a tightly contested matchup in the Boys U16 MilkUP Ontario Cup Finals on Saturday afternoon. It took a pair of spectacular first-half goals to separate the sides who were both extremely strong defensively and in possession.

The first chance of the game fell to Kitchener in the tenth minute when Kyler Monterroso, on the right wing, delivered a beautiful cross to Jackson Andrews at the far post. The chance almost opened the scoring, but Andrews shot the ball just wide, so play continued at nil-nil.

Following the attempt, more clear chances were hard to come by, for a long stretches, as both teams continued to be very strong defensively and in possession, limiting opportunities in the final third of either side.

In the 24th minute, the best chance of the game to that point, fell to Vaughan, as centreback Alessandro Bartelli stepped into the forward play, fought through a pair of strong challenges and unleashed a wicked shot from the top of the box which Kitchener keeper, Colin Fedy, made a great save on. But the chance was not over as the rebound fell straight to another Vaughan forward, but once again Fedy was up to the challenge and made another great save, popping up and diving to his left for a second time in quick succession.

A few minutes later in the 31st, the game saw its opener when Kitchener’s Dennis Farcas, shot directly from a corner and scored at the near post in spectacular fashion.

Two minutes later, Kitchener would outdo that great goal, with an even better one. In what is likely the goal of the tournament, Kitchener forward, Sameer Zafari, picked up the ball from about 30-35 yards out and unleashed an absolute screamer that went bar down and in, to double Kitchener’s lead.

The second half was more of the same with both teams being very strong in possession and in their defensive shapes, leading to a stalemate. Kitchener did add a late third goal as Vaughan pushed bodies forward looking for the equalizer leaving them susceptible to the counter attack. 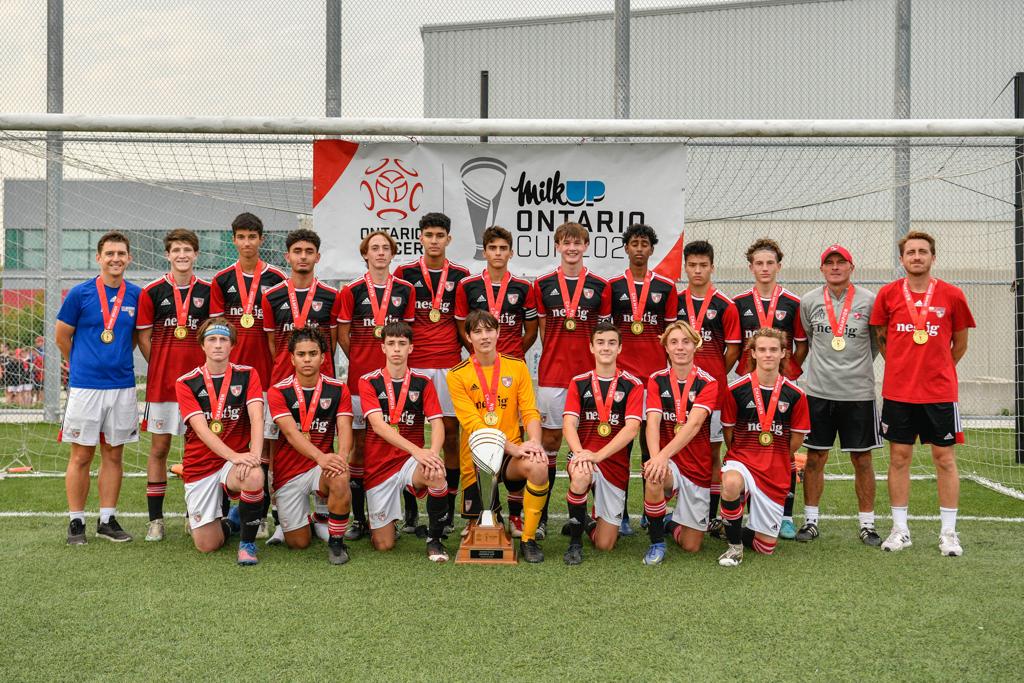