It was a dominant performance from Erin Mills Eagles over Etobicoke Youth Soccer Club Energy, in the Girls U16 Finals on Saturday afternoon. The Eagles were glad to avenger their club’s loss in the U13 Finals a few hours earlier, after that team fell to the Guelph Jr. Gryphons in the first game of the day.

Erin Mills opened the scoring in the ninth minute when standout Jadea Collin danced into the box and got tripped up from behind, earning a penalty. Collin’s would stand up and burry the penalty kick herself to give Erin Mills the early lead.

Erin Mills would add their second in the 11th minute thanks to their other standout, Jahkaya Davis, who assisted Olivia Blair, putting the finishing touches on a great counter attack.

Despite the dominance, Erin Mills did face some adversity.

In the 40th minute, a ball booted forward by Etobicoke goalkeeper Aniyah Nurse-Whyte, was allowed to bounce, giving the opportunity for forward Megan Knapp to run onto the ball in the box and be fouled by Erin Mills centre back, Sydney Lytle, who fouled Knapp as she attempted to shield the ball. Knapp would be awarded a penalty for the play which Nurse-Whyte would convert, keeper-on-keeper.

Erin Mills would respond to the adversity only four minutes later with a goal to restore their two goal lead. It would be standouts Davis and Colin linking up on the goal, as Davis nicked possession as Etobicoke attempted to pass out of pressure, and sent a through ball to Colin, who finished the opportunity.

The second half was all Erin Mills who turned the pressure up even further. They would add six second half goals, highlighted by a second-half hat trick from Davis, on route to an impressive 9-1 victory. 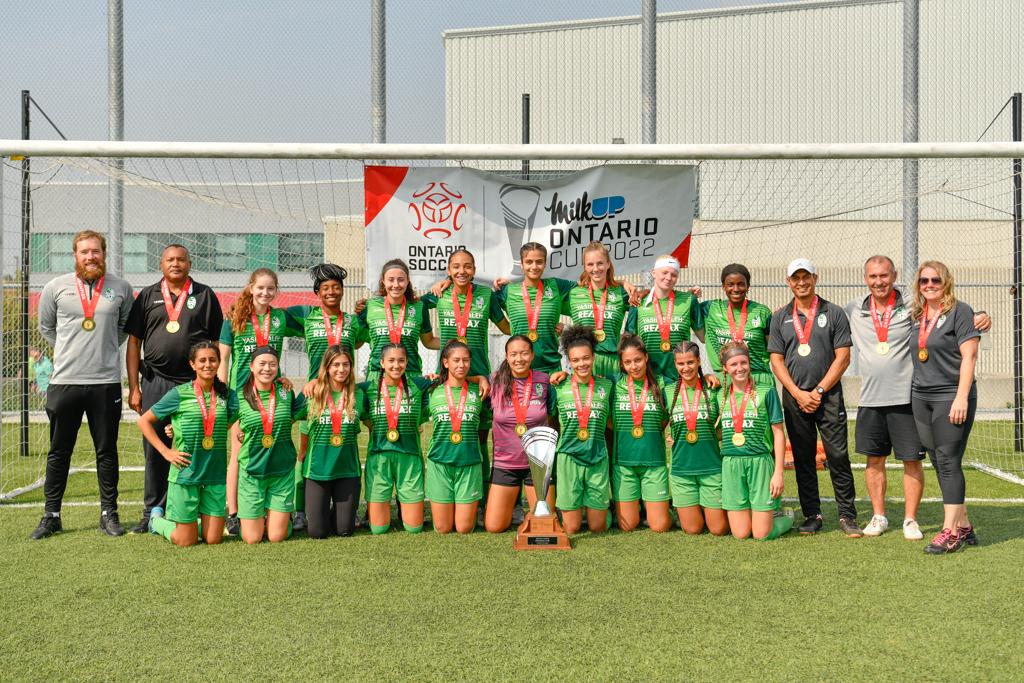