Following a tight first half that saw the teams even, the Guelph Jr. Gryphons Red scored three second half goals and concede none, to propel them to a 5-2 win over Erin Mills Eagles Green, in the 2022 MilkUP Ontario Cup Girls U13 Finals.

The first half was a back and forth affair.

Guelph came out the stronger team, but it was Erin Mills who opened the scoring in the 10th minute against the run of play. Midfielder, Preethi Suresh mad a nice play by winning possession in midfield, fighting through a second strong challenge and playing a through ball to forward Faith Koromilos who beat the Guelph keeper at the near post.

Guelph responded in the 17th minute with a goal of their own through a great counter attack down the right flank. Juliette Mann played a great through ball down the right for winger, Harlowe Ho, who centred the ball to forward Rylie Anselmini, who slotted the ball past oncoming Erin Mills keeper Jana Rabee.

Guelph than took the lead in the 26th minute through Anselmini’s second goal of the game. It was a poacher’s goal as Anselmini pounced on a rebound from a long shot.

Down 2-1, Erin Mills continued to battle and in first-half extra time, tied the game at 2-2. Once again, it was Preethi Suresh who was at the centre of the goal as she picked up the ball in midfield and played a beautiful through ball, through a very tight window between a midfielder and centreback, to Koromilos who scored her second goal of the game who ran onto the ball and finishing at a very tight angle.

Despite the tightly contested first half, Guelph took over in the second.

Right out the shoot, Guelph retook the lead, one minute into the second half, as Anselmini ran onto a long-ball forward and scored to complete her hat trick.

In the 55th, Guelph added a fourth off corner kick that bounced through to Gianna De Maria at the back post. Di Maria would add her second of the game in the 66th to give Guelph the commanding 5-2 lead that would stand. 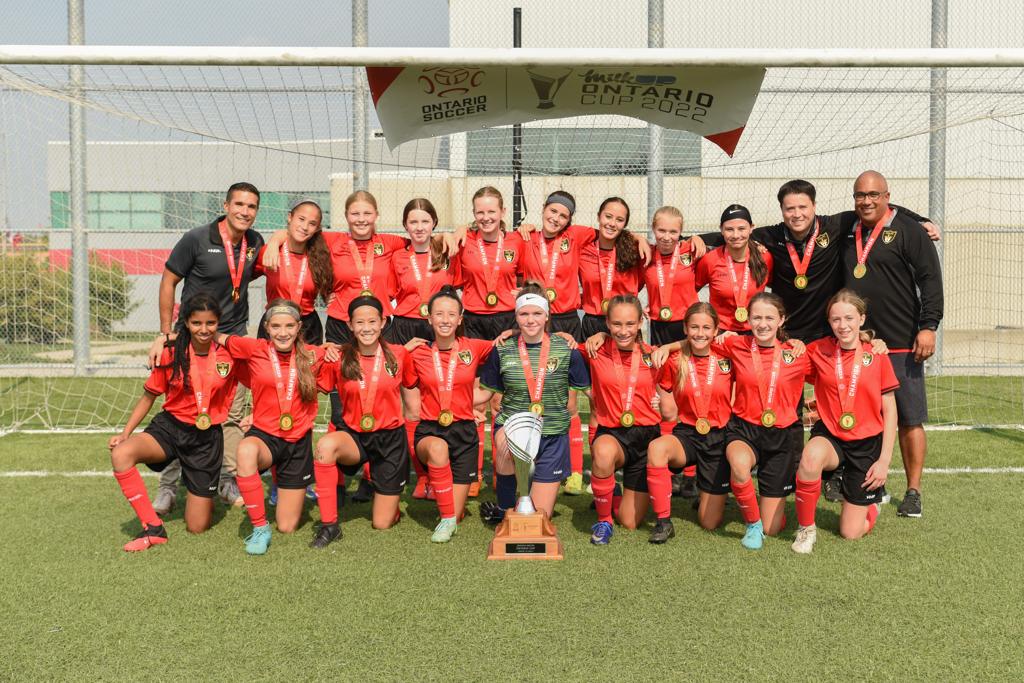