Gloucester Celtics defeated Caledon United 3-1 to capture their fourth MilkUP Ontario Cup in nine years, lamenting their dominance in the tournament in the last decade.

Despite the final score, Caledon kept it close for most of the game as they managed to frustrate Gloucester despite giving up much of the possession and failing to create many chances. It took a late winner in the 80th, for Gloucester to clinch the victory.

The game started likely as planned for Gloucester, who dominated possession and often got into the Caledon final third. The opening goal came in the tenth minute when a long ball forward got headed perfectly by forward Bezick Evraire to put striker Joey Kewin on a break away which he confidently scored.

Caledon kept fighting and in the 25th minute they capitalized on a bad clearance for Gloucester goalkeeper, Corey Herrington, who hit the ball straight to forward Cosimo D’Agostino on the wing, who promptly crossed the ball back in to striker Sahjah Reid, who headed the ball for the tying goal.

Gloucester would continue to dominate possession and goal scoring chances, but the game would remain tied 1-1, thanks to some great defending by the Caledon backline.

It wouldn’t be until the 81st minute when a ball headed forward is not dealt by the Caledon defenders, allowing the ball to bounce into the box, eventually dropping to Kewin who’s strike is blocked by the hand of defender Dror David. Unfortunately for David and Caledon, the referee spotted the violation, sent David off and awarded the penalty, which was confidently dispatched by forward Andrew Bryan.

Gloucester would add another late goal as ten men Caledon pushed for an equalizing goal. 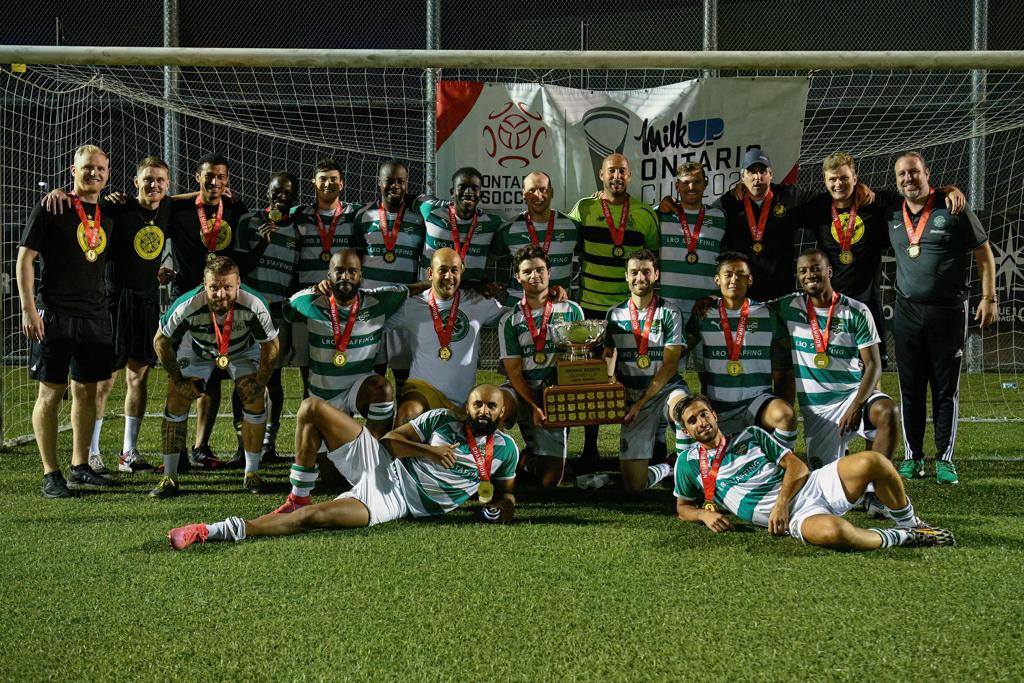