It was a nil-nil nail bitter in the U17 Boys MilkUP Ontario Cup Finals which pitted Glen Shields Juventus FC against Erin Mills Eagles Elite on Sunday afternoon.

Despite the lack of goals in regulation, there was plenty of action between the two sides. Glen Shields striker Dante Lomangino thought he scored the opener of the game five minutes in, but later realized he was called offside as he celebrated with fans on the sideline.

Three minutes later, Erin Mills created their first good scoring chance of the game when Ishaan Rhamphul danced around a few players just outside the top of the box, and fired a shot just wide of the net.

Both sides had their next good chances come after the 40 minute mark. In the 40th, a ball sent behind the Erin Mills backline gave another opportunity to Lomangino who couldn’t slot the ball past the oncoming Erin Mills goalkeeper, Deven Dadak, who made a great save to keep the score tied.

In the 45th, Erin Mills striker Jacob Philip side footed a ball just wide as he attempted to get it past the oncoming Glen Shields goalkeeper Sebashon Contreras.

It was more of the same in the second half as both teams created good scoring chances, but the defending and goalkeeping on both sides excelled.

Both team’s best second half chances came after the 70 minute mark. In the 72nd, Dominik Sivanesan unleashed a dipping shot just inside the box that Contreras was just able to tip over the bar. A minute later, Lomangino drove into the box but Yousef Derawi made a great sliding tackle to win the ball as fans called for a penalty kick.

The teams would remain tied, requiring penalty kicks, where both teams put on a clinic.

There would be 10 converted kicks before an error. In round six, Sivanesan shot the ball up the middle, but Contreras was able to just stop his momentum enough to get a toe on the shot and make the save, setting up the opportunity for a win. Glen Shields sixth penalty taker, Aiden Jamal answered the call and slotted home the clinching goal. 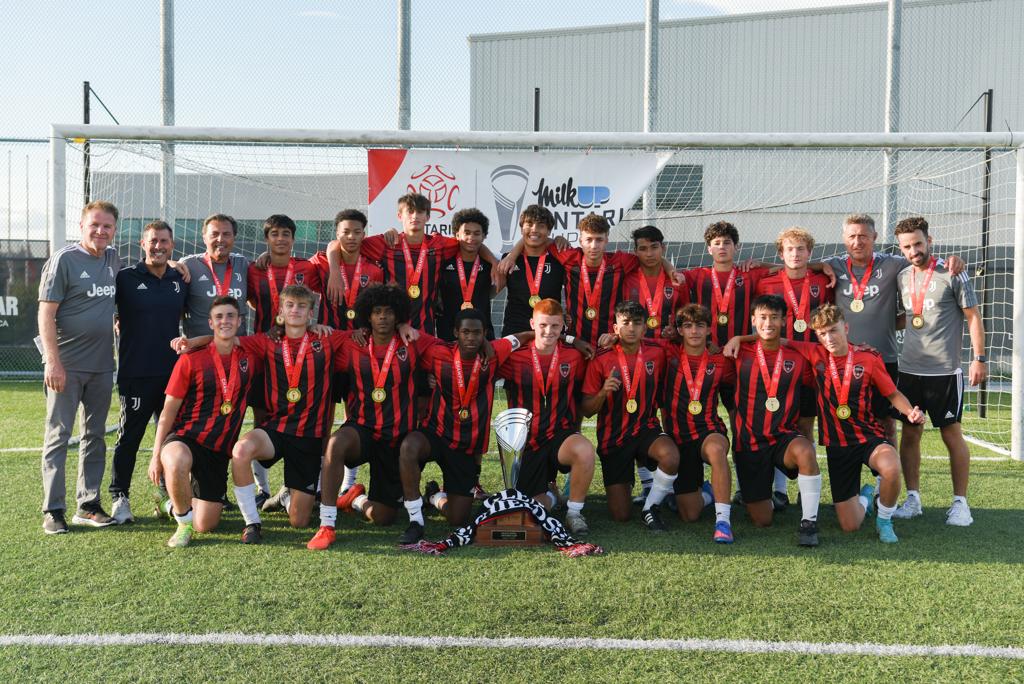