It was an even battle between Caledon United FC and Burling Force Academy FU27 Team 2 in the U17 Girls Finals of the 2022 MilkUP Ontario Cup.

Both teams opted for caution in the first half, staying in their defensive shapes. As a result, the game mainly played out in midfield with little action in the final third. The best chance of the half came in the 33rd minute when Burlington’s Aya Naamani side footed a long cross over the keeper but it was called just offside.

The action picked up in the second half, but ultimately neither side was able to score. The first chance of the second half came in the 50th minute off a Burlington corner that Daisy Varga headed at the near post, but Caledon goalkeeper Maria Atrash made a great save to keep the game tied. On the ensuing corner seconds later, Atrash made another incredible save on a volleyed strike that looked like it was destined to go in the right side of the net.

Caledon’s best chance of the half came through some great play down the left hand side when captain Angelina Kristic made a great overlapping run to break in on net, but her shot was aimed directly at Burlington goalkeeper Lauren Pohl who was able to make the save.

Late in the match, Burlington nearly stole the game when a long range shot from Ava Boyd forced Atrash into another save that went directly to another Burlington player, Sophie Schultz, but Atrash made the follow-up save to keep the game tied at 1-1 and heading to penalties.

In the penalty shootout, it was Atrash who made the difference as she had a huge save in the fifth round that would have clinched the game for Burlington. Instead, the shootout went to extra’s where Burlington missed their second shot, making Caledon United the U17 Girls 2022 MilkUP Ontario Cup Champions.

"We learned a lot last year loosing in the finals," said Head Coach Abe Hadzic in a post-game interview. "This year we were able to get our feet under us in the first half, and the second half was probably our best performance all year."

"We didn't like losing in the finals last year," added Hadzic. "We set a goal, from day one, to win it all this year, and i'm proud we did."

View the full album on the Ontario Soccer Facebook page. 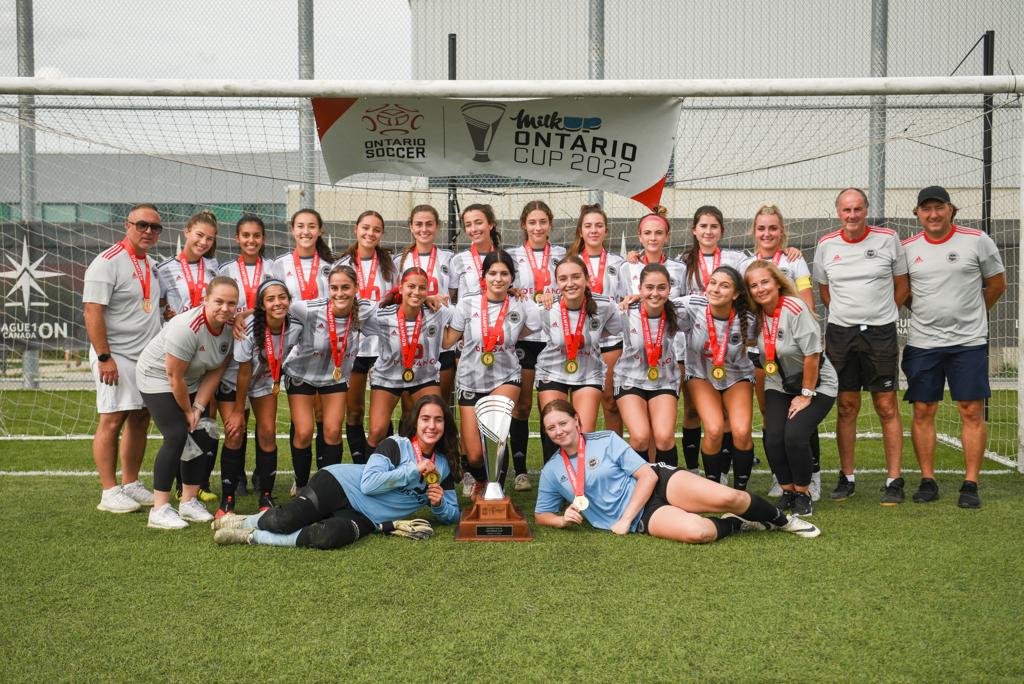