Attacking soccer was on full display in the Boys U13 2022 MilkUP Ontario Cup Finals between London Alliance FC Mustangs and Brampton Elite SA Prospects on Sunday morning. It took a late, incredible goal to separate the two teams who scored nine goals in the game which ended 5-4 in favour of London.

The scoring opened in the eighth minute when a rebound fell to London’s Mason Franze who dispatched the opening goal of the game. Brampton replied almost immediately in the tenth minute when Kai Middleton fought through two tackles to deliver a cross to Nelson Nofiele, who headed home the 1-1 equalizer.

Five minutes later, Brampton took their first lead of the game. Ethan Thomas unleashed a beautiful left footed strike near the edge of the box after a loose ball fell to him from a corner kick. In the 25th minute, London replied with an equalizer of their own when Gianni Pacifico delivered a beautiful cross to Alexander Gendron who took a great touch to set himself and beat the keeper.

London then retook the lead shortly after in the 28th minute with Sebastien Murataj who made a nifty turn in the box and fired an accurate strike for the fifth goal of the game. Brampton replied shortly after to tie the game at 3-3 going into halftime.

The offence would continue in the second half. Brampton would open the scoring early through a beautifully volleyed goal by Justin Bryant-Beaudry. London replied in the 66th minute when substitute Gianluca Adamo scored moments after he came on by firing home a loose ball from a corner kick.

It looked like the game was destined to go to penalty kicks when London’s Dylan Demelo unleashed the goal of the game, a screaming strike from just outside the box with only two minutes before fulltime. The late goal would secure the victory for London Alliance FC Mustangs making them the U13 MilkUP Onatario Cup Champions. 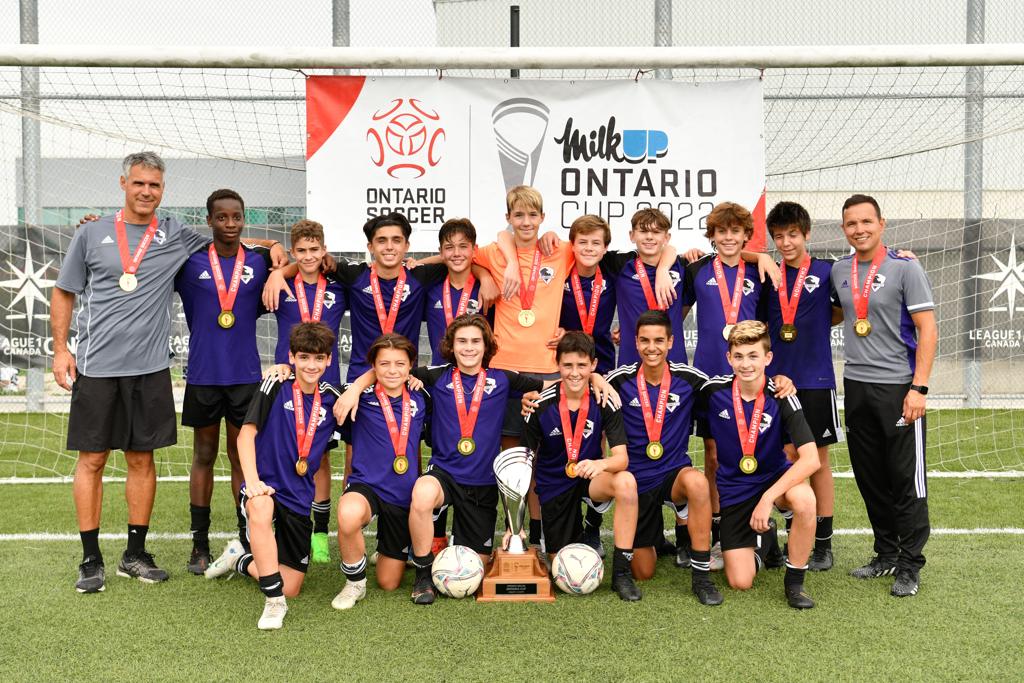