It was a high-octane Final in the U15 Boys division of the MilkUP Ontario Cup between the Thornhill Bolts and International FC Academy Woodbridge, two sides who advanced through the re-entry round.

Thornhill came out to a blistering start attacking early and often in the first ten minutes of the game, barely letting Woodbridge get a touch of the ball.

Their pressure paid off seven minutes into the game when a centering cross was not cleared out efficiently, leading to a loose ball being tapped in by Raequan Campbell-Dennis to give Thornhill the opening goal.

Despite not yet having placed a significant foothold in the game, Woodridge mustered a great scoring chance in the 12th minute, when forward Filip Bonnano broke behind the Thornhill back line and tried to dribble around the Thornhill keeper, who was able to get a toe on the ball and stop the chance.

Thornhill immediately replied with a counter attack that ended with forward Remy Barone scoring on a break away, giving Thornhill an early 2-0 lead.

Despite the score, Woodbridge continued to fight, and in the 15th minute, a mistake clearance on the Thornhill back line lead to a break away for Bonanno, who was able convert on the scoring chance this time to put the score to 2-1. The Bonanno goal would end up being Woodbridge’s only one of the game.

On the other hand, Thornhill continued to convert their opportunities in the final third. A few minutes later, Thornhill’s Barone would strike again, spinning past his defender as he straddled the top of the 18 yard box, allowing him to run directly to the net and slot the ball past the goaltender. The teams went into halftime at 3-1.

Thornhill’s offensive onslaught continued in the second half as they would match their first half output and net three, on route to a commanding 6-1 victory. 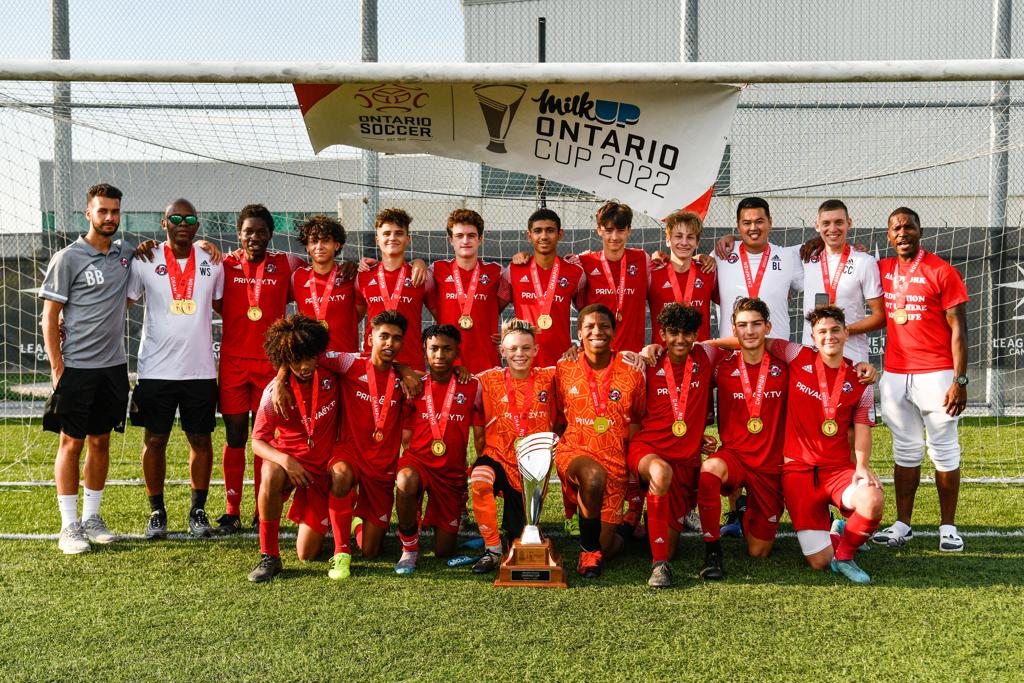