Ontario Soccer is proud to announce that it has teamed up with MLSE to present the first ever Toronto FC Gaming Championship, presented by BMO.

The competition will see Ontario gamers compete across the four major consoles, for a chance to advance to an in-person finals, September 10th at BMO field in Toronto, with the winner taking home a PlayStation 5 grand prize bundle.

The Toronto FC Gaming Championship starts this month, with two qualifying weekends, August 13-14 and August 20-21, with the top 64 players (16 players from each of the four consoles) advancing to a second stage. These top 16 players from each console will play in a single elimination bracket to determine the #1 player in Ontario on each console.

Those four console champions will play live at BMO Field on September 10 for the grand prize.

Are you ready to put your FIFA 22 skills to the test? Sign up today!

As part of this inaugural event, TFC is also offering a prize bundle to Ontario Soccer District and Associate Members, Club Administrators and/or Clubs, for helping to spread the word. Ontario Soccer member organizations who share this email/information with their respective members can be entered into a draw for a grand prize of a suite night at BMO Field for a TFC game in 2023. An additional 2023 tickets and TFC merchandise prize bundle, including signed TFC jerseys, will also be up for grabs.

Please note that travel is not included in the prize giveaways, that winners can choose which bundle they would like and MLSE will confirm the exact details of the giveaways, such as amount of tickets and merchandise items, on a future date.

Please also note that confirmation of this email/information being disseminated will be required in order to be entered into the draw. Confirmation can be provided in many forms such as providing a link to a website where the information has been posted, or forwarding an email that has been sent to its members with this information. Verification of Ontario Soccer membership may also be required. 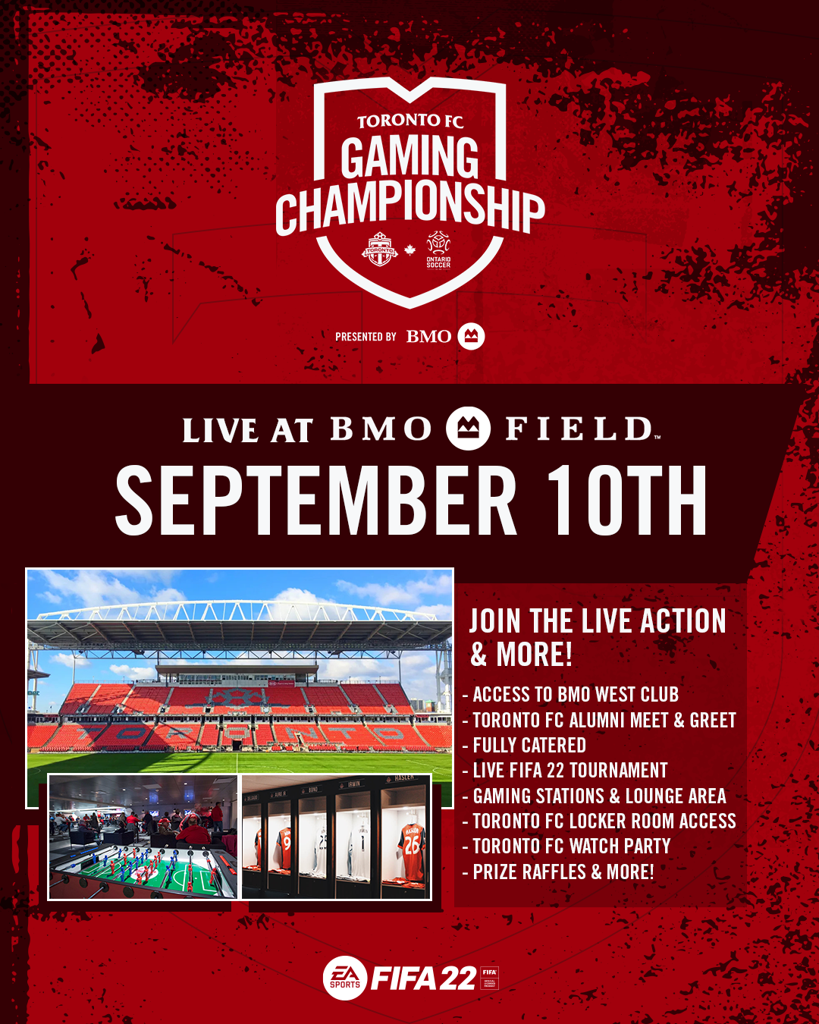