Canada won 4:1 over Puerto Rico at the Concacaf Girls' Under-15 Championship 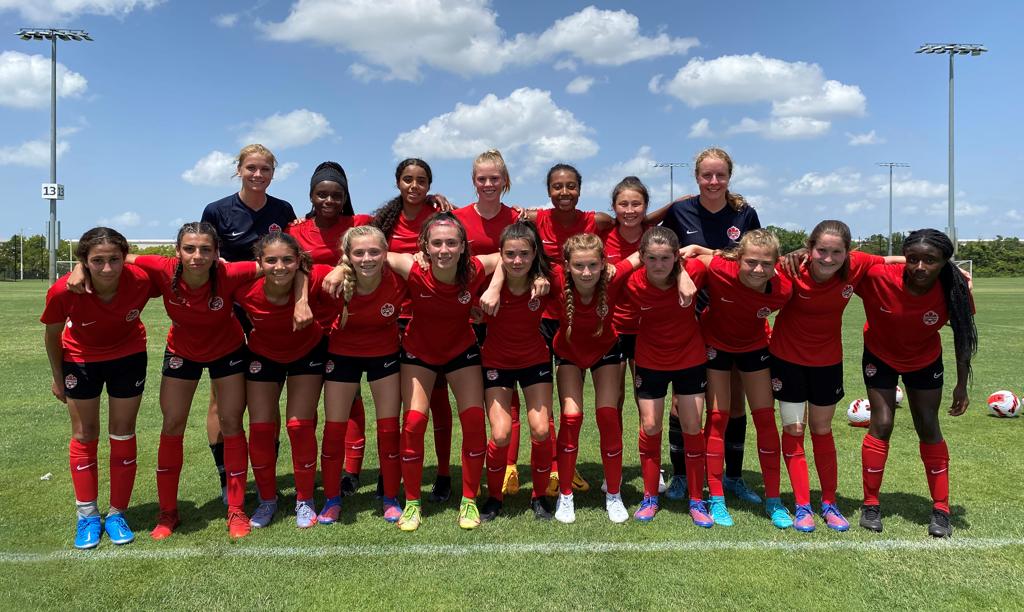 Canada qualified through to the Semi-Finals at the 2022 Concacaf Girls’ Under-15 Championship after a 4:1 win over Puerto Rico. The win at the Tampa Sportsplex in Tampa, FL, USA was Canada's second in a row after Monday's 5:0 win against Jamaica. In the Tuesday win over Puerto Rico, Keira Martin, Nikolina Istocki, Taegan Stewart and Isabelle Chukwu were the goalscorers while goalkeeper Sierra Gallant earned Performance of the Match honours.

Canada will next face USA on Thursday 4 August (09.00 local / 09.00 ET / 06.00 PT) in the group phase at the Concacaf Girls’ Under-15 Championship. Matches are broadcast live on the Concacaf Go App, with the Semi-Finals scheduled for Friday 5 August and the Final scheduled for Sunday 7 August. Throughout the competition, fans will find extended coverage across Canada Soccer’s digital channels on Facebook, Instagram, Twitter and YouTube featuring the hashtag #canw15.