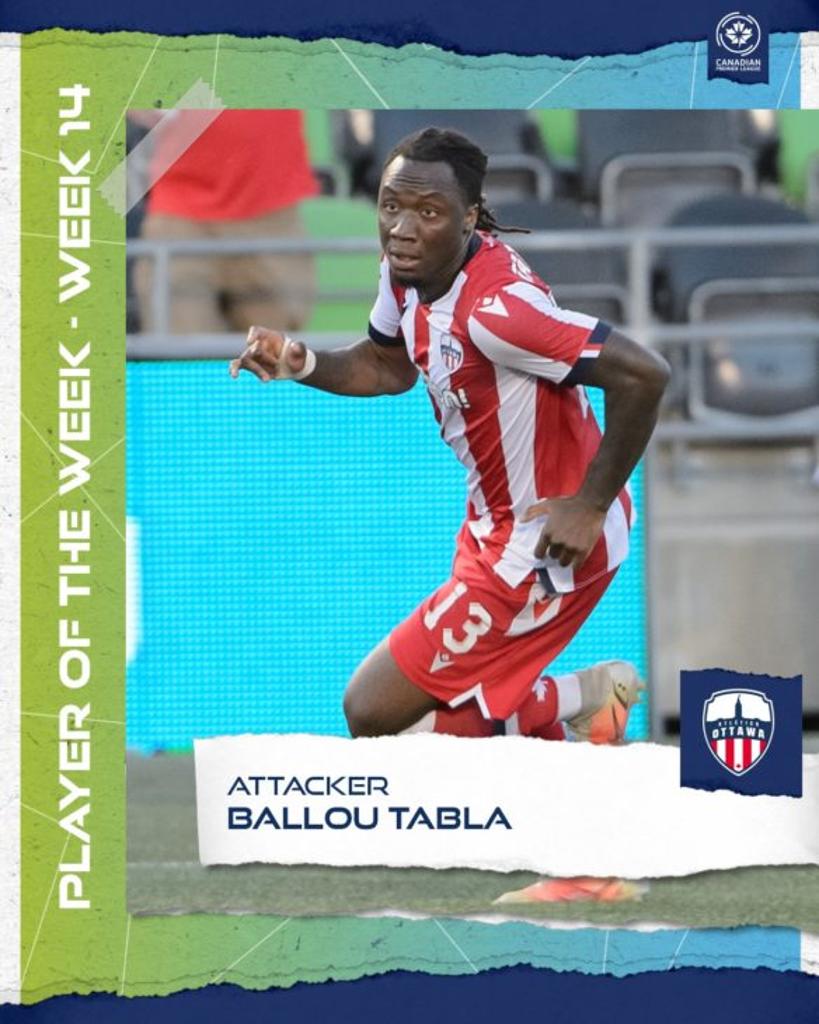 Atlético Ottawa’s Ballou Tabla has been named the CPL Player of the Week for Week 14.

Tabla scored a brilliant goal in Ottawa’s 1-1 draw with league-leaders Cavalry FC on Saturday. It was his second goal of the season.

The 23-year-old was dominant against Cavalry, with five shots, eight touches inside the box, and two chances created.

This is the second straight week that an Atleti player has been given this honour, as defender Miguel Acosta was named Week 13’s Player of the Week.

Ottawa remains tied with Cavalry at the top of the table with 25 points.